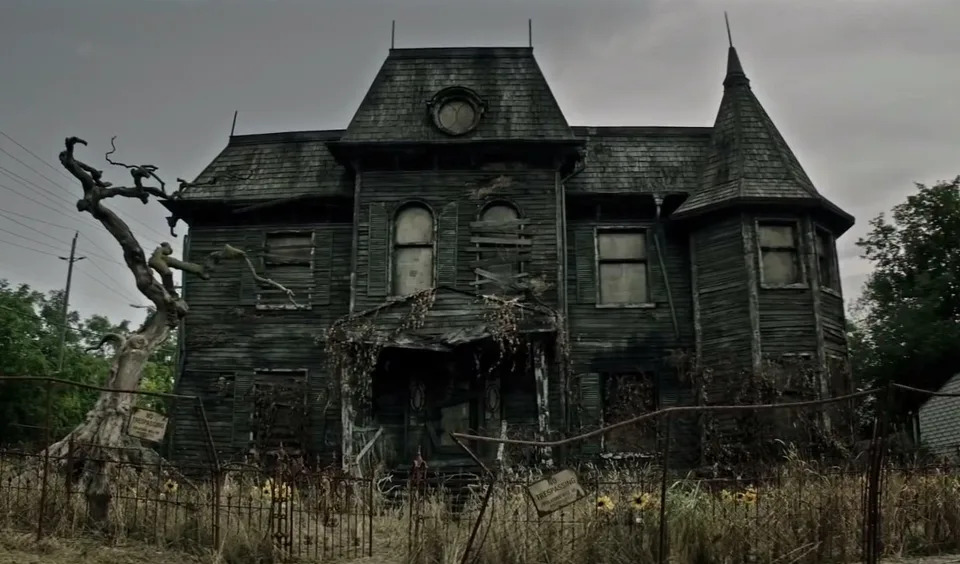 The exterior of the Neibolt House from It. (Photo: Warner Bros./New Line)

Some of the most iconic settings from Hollywood horror classics belong not to the movie set but to the real world. They are structures. They are landmarks. They may even be somebody’s home (so, be ever mindful of your manners). Here’s a look at our favorite Halloween sights — which you can literally see for yourself.

The abandoned house from It
Toronto

For the 2017 big-screen blockbuster, Hollywood converted this historic 105-year-old Canadian mansion, known as the Cranfield House, into Pennywise’s infamous 29 Neibolt St. spook house. While a run-down façade was built for the exteriors, the Cranfield was used for interiors. Formerly a home for unwed mothers, the currently unoccupied house (and soon-to-be condo) in Toronto’s Riverdale neighborhood does a lot of movie work these days, to the annoyance of some neighbors.

In Rhode Island, where the reputedly haunted farmhouse that saw its story told in the 2013 hit movie is located, the owners of the Conjuring house are very much over The Conjuring. In North Carolina, where the welcome mat seems to be always out for Hollywood, Pender County’s tourism site gives you the address to the 4,840-square-foot single-family home in Currie that stood in for the original possessed house: 405 Canetuck Road.

The abandoned pavilion from Carnival of Souls
Magna, Utah

Should you find yourself on the southern shores of Utah’s Great Salt Lake, be sure to swing through the township of Magna (population: 26,505) and up to the concert venue known as the Great Saltair. If you’re a cult-movie buff, then you’ll think you recognize the pavilion’s Moorish spires from the bleak 1962 black-and-white film, but you’ll be wrong. The Saltair featured in that film burned down in 1970; the current structure (the third version of the former amusement park site, actually) was erected in 1981. In any case, you’ll be standing where movie ghouls stood, so… Score!

Yes, these are exterior facades, and yes, they’re located on the Universal Studios backlot, and yes, they’ve been nipped and tucked and moved around the lot, but they’re included here because they’re still the real deal. They were built for Alfred Hitchcock’s original Psycho movie and used in sequels thereafter (though not in the recent Bates Motel series), and they’re accessible to the public nearly every day via the Universal Studios Hollywood tram tour.

The brick house on Prospect Street in the capital’s stately Georgetown neighborhood has been called a tourist mecca. In another lifetime, it served as the exterior of poor, possessed Regan MacNeil’s home from 1973’s The Exorcist. According to USA Today, the black fence that now surrounds the property was erected to keep the movie-curious public at a distance.

In Halloween lore, the franchise slasher hails from Haddonfield, Ill. In real life, Haddonfield doesn’t exist, and filmmaker John Carpenter shot his original 1978 movie on a shoestring budget in the Los Angeles area, mainly South Pasadena. The key landmark is the Myers family abode, located back in the day on Meridian Avenue and now, after being saved from the wrecking ball and relocated down the road, on Mission Street. Formally known as the Century House, the structure is a local historic landmark and a business office.

The hotel from The Shining
Government Camp, Ore.

In Stanley Kubrick’s 1980 adaptation of the Stephen King horror classic, Jack Nicholson’s writer character lost his mind at Colorado’s creepy Overlook Hotel. You might lose your mind too, at the awesome sight of the Pacific Northwest’s 55,000-square-foot Timberline Lodge, which appeared in exterior shots as the Overlook. If you want the hotel that inspired King’s tale, then you’ll want to book a room at the Stanley Hotel in Estes Park, Colo.

It’s long been reported that the townsfolk of Burkittsville were not pleased when the original Blair Witch Project name-checked their humble home and made it a tourist destination — even though “very little” was filmed there. If you visit the village, about an hour’s drive east of Baltimore, then please mind your manners and seek out a “Welcome” sign — that’s a rare piece of Burkittsville that was actually in Blair Witch. We’re afraid the signs don’t look like they did in the 1999 movie. The original ones were, sigh, stolen.

The only thing supernatural about Oren Peli’s former four-bedroom, two-and-a-half-bath house with a “tidy, tidy front yard” in San Diego’s Rancho Peñasquitos neighborhood is the abundance of good fortune it brought the filmmaker, who shot his 2009 breakout blockbuster here.

This imposing 19th-century co-op at Central Park West and 72nd Street in Manhattan’s Upper West Side is the famous Dakota. It was already notable for its exclusivity and its tenants, including Hollywood legend Lauren Bacall, when it played the Bramford (in exterior shots) in the 1968 demonic hit. In 1980, the Dakota’s legend took a sad real-life turn: John Lennon, who lived in the building with his wife, Yoko Ono, was shot to death at the 72nd Street entrance. 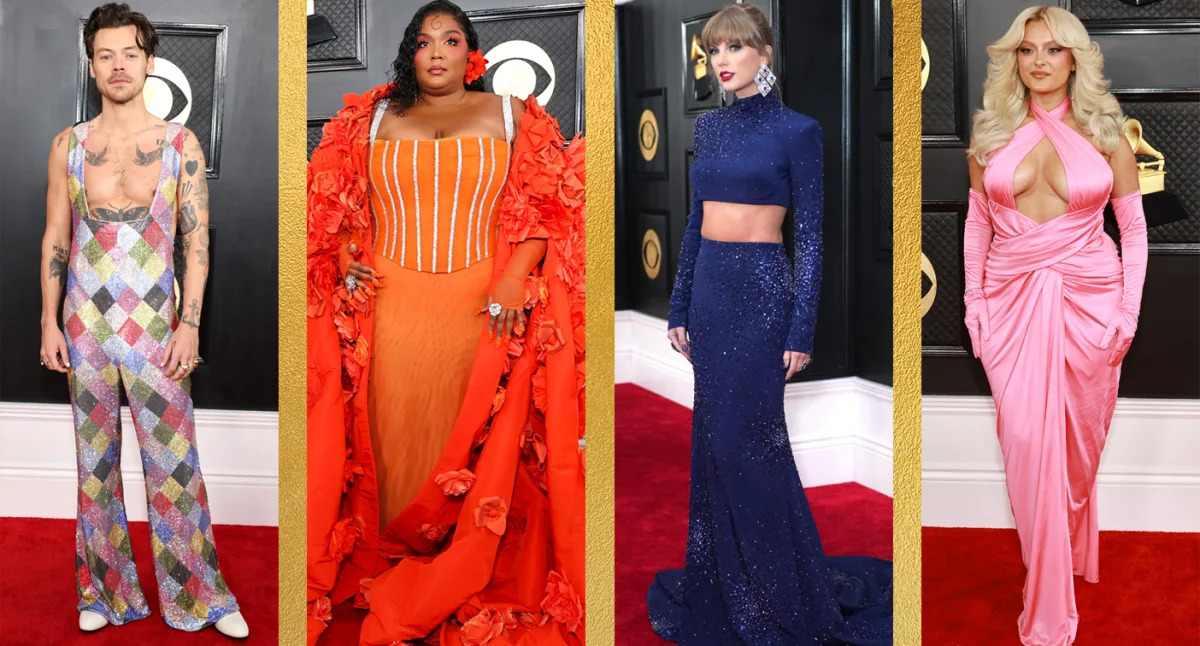 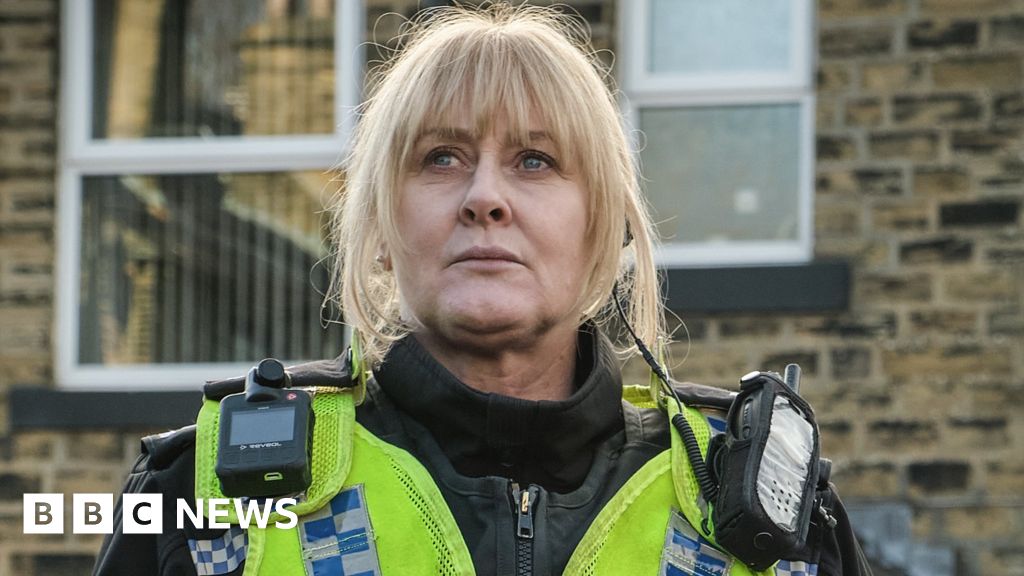 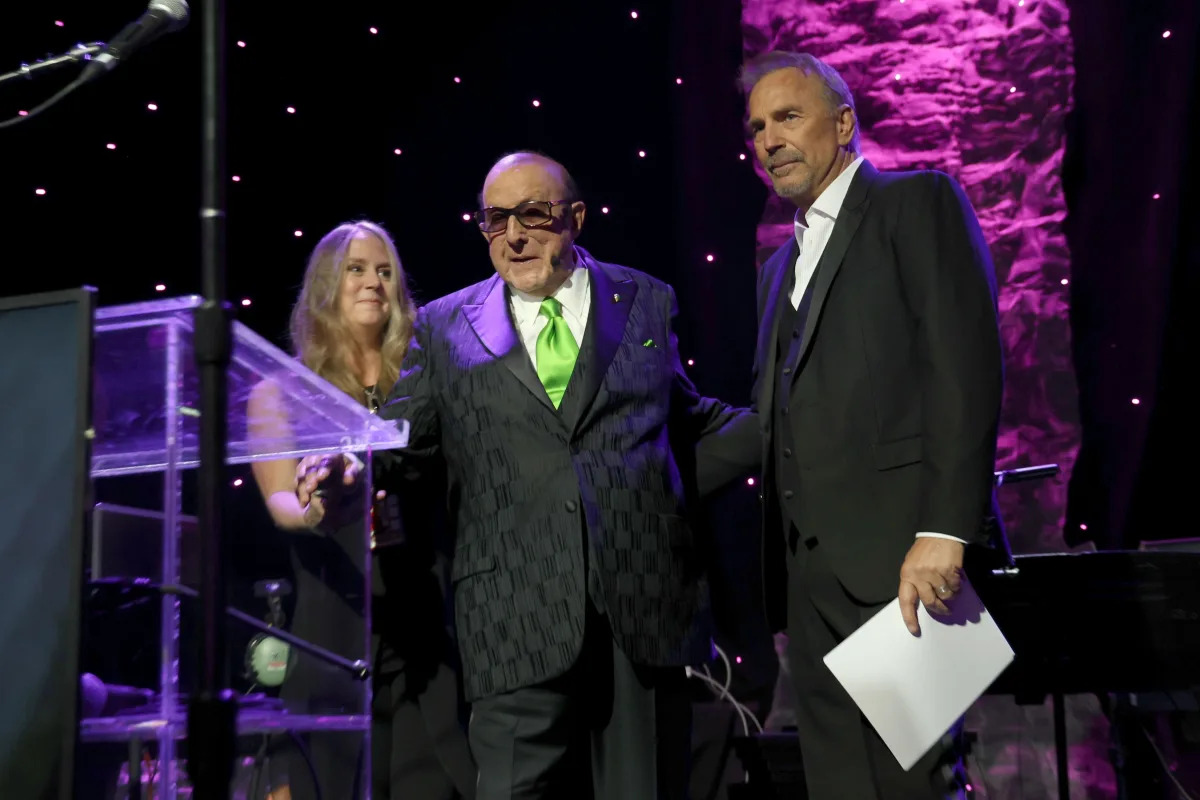 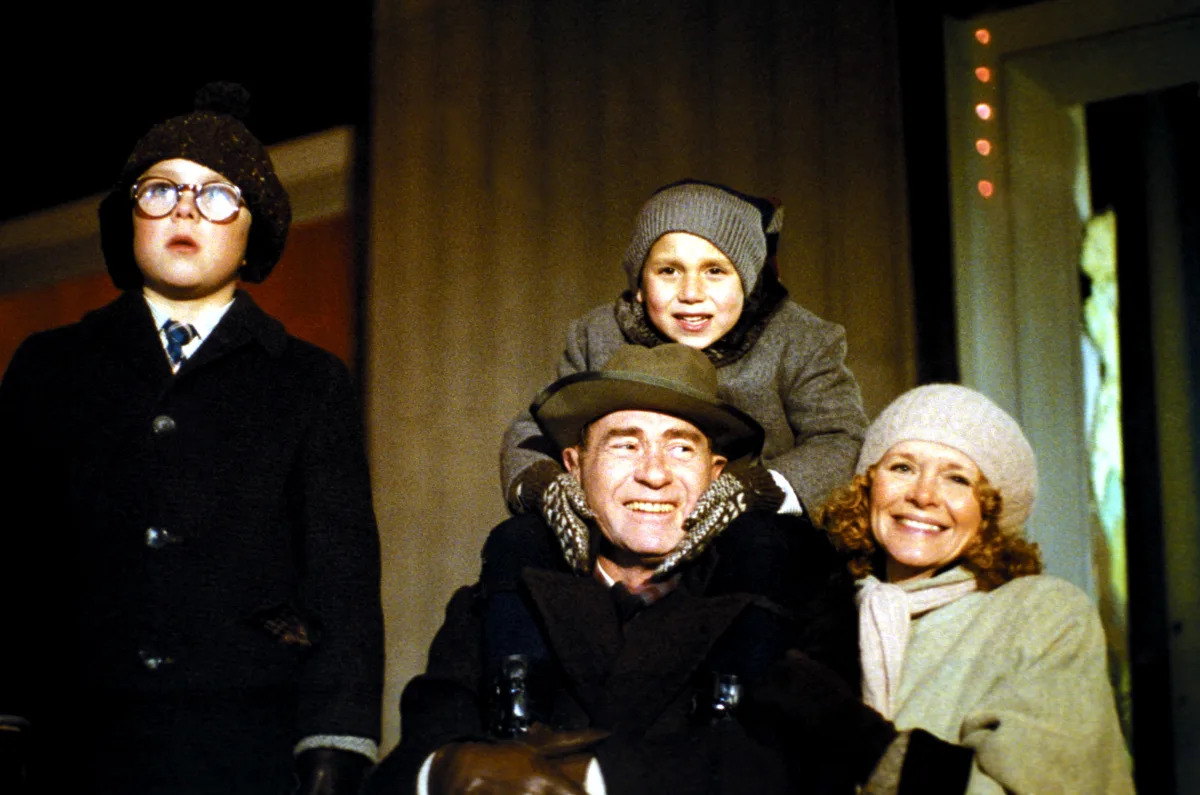 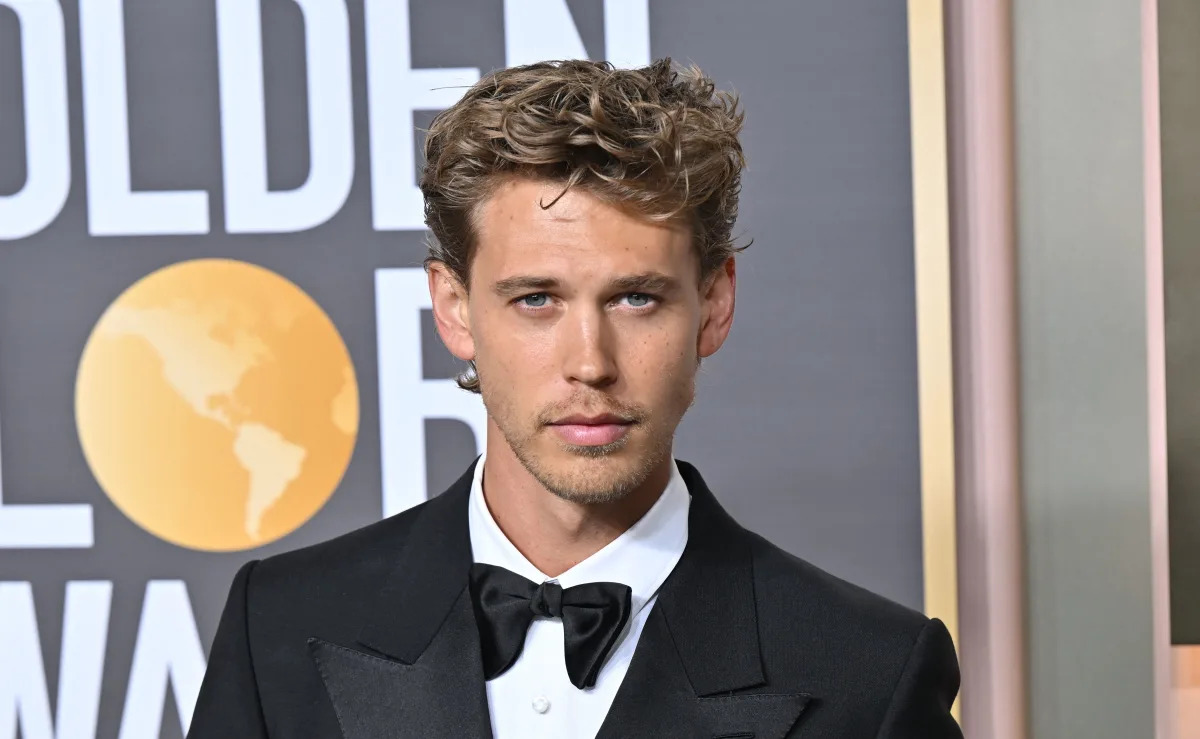 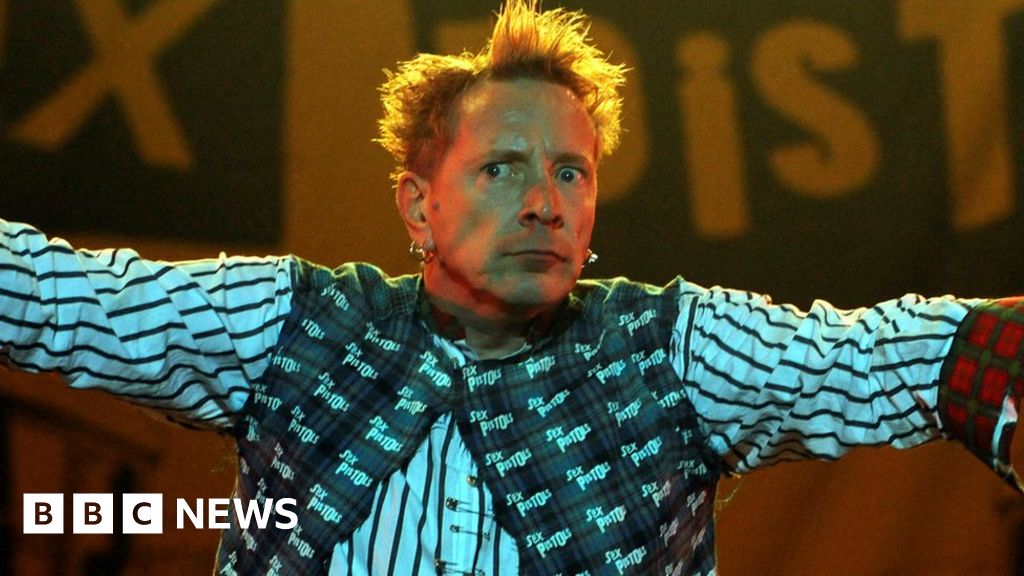