'A world-class squad' as Japan's best head to Europe 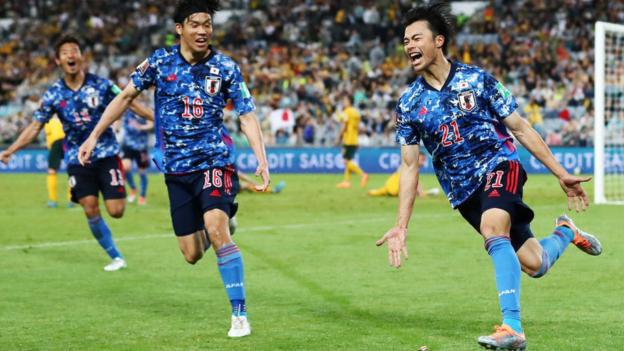 A short strut from Tokyo's hectic Shibuya Crossing, through an entrance more suited to a public bathroom and tucked away up a flight of stairs in a shop-come-storeroom, sits an Aladdin's cave of vintage football shirts.

A Thomas Gravesen figurine used to adorn the counter, until the generous shop assistant gifted it to one intrigued tourist. The Dane's bald, plastic head was at odds with the eclectic blend of colourful J-League kits anyway.

Trendy, curious and sequestered yet vibrant, welcoming and utterly captivating, those few square metres of shop floor are Japan's footballing scene in microcosm, where a Kashima Antlers or Yokohama Marinos shirt can sit side-by-side with iconic European jerseys from Milan, Madrid or Munich.

Japanese football lured stars like Gary Lineker and Zico when the J-League was formed in 1993, modelled its marketing on US sports and imported much of its fan culture - tifos, flags, chants, (relatively friendly) ultras and mascots, all embraced by crowds boasting a large female following and sprinkled with a local twist to make attending games a unique experience.

Three decades into its existence, and emerging from Covid-imposed restrictions on crowds and singing in stadiums, the nation's top flight is thriving in its own right. Average attendances peaked at more than 20,000 before the pandemic and it is halfway through a 12-year $2.1bn (£1.76bn) domestic broadcasting deal with DAZN.

But while the terraces may be flooded with traditions that originated around the world, a stream of the country's top talent is heading the other way.

When Japan hosted the World Cup with South Korea in 2002, just four of the squad, including Arsenal's Junichi Inamoto and Hidetoshi Nakata at Parma, were playing their football abroad.

In Qatar, 19 of the 26 will do so, and that number could feasibly have been higher were it not for the surprise exclusion of Celtic forward Kyogo Furuhashi and a late injury to Huddersfield defender Yuta Nakayama.

"The J-League and its fans are very proud they create this many players who can go to Europe," explains Dan Orlowitz of the Japan Times.

"But it is no longer special - it is kind of expected. [Italian] Alberto Zaccheroni came on as head coach in 2010 and his message was 'go west'."

The route most commonly taken is to Belgium or Germany, where eight of the squad currently play, including captain Maya Yoshida and Frankfurt's Daichi Kamada. And it is against Hans-Dieter Flick's Germany side the Samurai Blue kick off their World Cup campaign.

Japan also face Spain, the home of 21-year-old midfielder Takefusa Kubo, who trained with Barcelona, before joining Real Madrid and who now players for Real Sociedad.

Throw in the likes of Arsenal defender Takehiro Tomiyasu, Brighton's Kaoru Mitoma and Monaco's ex-Liverpool forward Takumi Minamino and it is a squad bristling with talent.

"In my opinion they are dynamic, talented and physically strong." 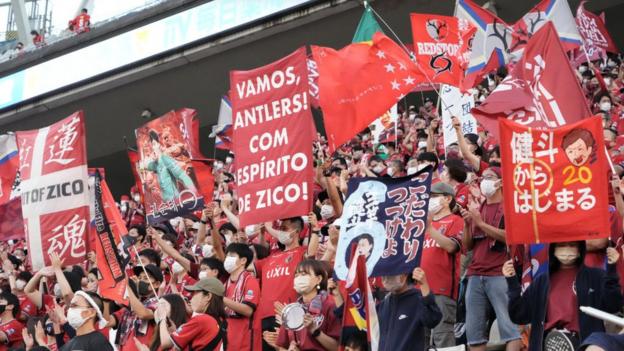 The 'Spirit of Zico' lives on for Kashima Antlers fans

Historically, Japanese players who moved overseas tended to do so later in their career. Some even attend university before committing to professional football, including Brighton's Mitoma, who put his progress at Kawasaki Frontale on hold to study coaching, sports and nutrition.

"If you rewind 15-20 years, you needed to be 25/26, needed a few good J-League seasons and to be improving the national team," adds Orlowtiz.

"Now European clubs understand Japanese players really are talented and not just flash-in-the-pan so are going after younger ones."

The J-League is making a conscious effort to produce young talent and has a '2030 Football Vision' that works towards providing "a world-class football environment". It includes 'Project DNA', which aims to help clubs develop top players and coaches.

Former chairman Mitsuru Murai also actively encouraged players to go to Europe, hoping one day they would return and enrich the league with their experience.

"There is some really good quality," says Richard Allen, senior football executive and technical adviser at Yokohama FC, who have just achieved promotion back to the top flight.

"It's a double-edged sword, you want your best players to go and play in Europe, but that does have a knock-on effect on the league."

Allen, formerly the English Football Association's head of talent identification and head of recruitment at Tottenham Hotspur, is keen to facilitate opportunities for young players to test themselves against top opposition.

"They need a variety," he adds. "They need to be playing against Arsenal, Tottenham, Chelsea, Barcelona, Real Madrid, Juventus - if the players are going to develop they need those experiences and that exposure."

That variety does not currently exist in the J-League despite, with some success, marketing itself as the "Premier League of Asia" - it is hugely popular in Thailand, for example - and attracting foreign coaches, notably Australian Kevin Muscat at Marinos, who replaced compatriot and now-Celtic manager Ange Postecoglou.

Spanish veterans such as Iniesta, Fernando Torres and David Villa have also passed through in recent years but, besides Japanese players, Brazilians have the most influence, with 56 featuring last season. 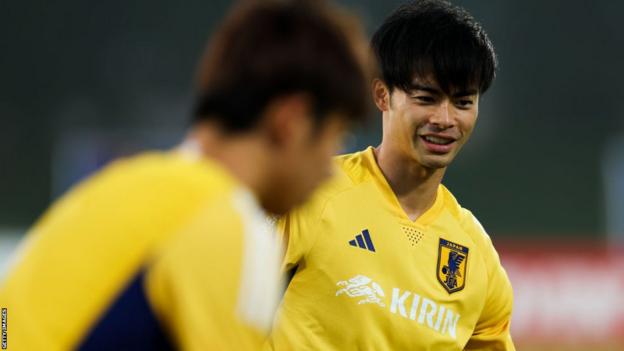 According to Sebastian Moffett's book Japanese Rules, when Zico arrived at Kashima Antlers in the early 90s he berated team-mates who laughed after defeats, even insisting his translator shout when he did.

Traditionally, Japanese football - which evolved from corporate leagues - has been accused of lacking a "confrontational" edge, though that trait seems to be changing.

"We don't see football as a battle, it's a sport," says journalist Masatoshi Mori.

"We are technically very good. Any kind of sport, we are the inventor - we invent new strategies - but football is a little bit too difficult to do that, it is already really developed and globalised."

Mori, who follows Japanese stars playing in the UK, has been impressed by two national team players who have shown they can cut the physical demands of the Premier League - Arsenal's Tomiyasu and Brighton winger Mitoma.

"Tomiyasu is absolutely important," he says. "He is the best player at the moment. He plays right-back or left-back for Arsenal, but plays in the centre for Japan.

"Physically he is much stronger, he is quicker. I have never seen a Japanese person who has showed that sort of physical presence in the Premier League."

Some argue this Japan squad is short of a goalscoring centre forward and Mitoma, who followed a starring role in Brighton's 4-1 win over Chelsea with goals against Wolves and Arsenal, will be expected to chip in.

"After the Chelsea match he came on so strongly," says Mori. "I've never seen a Japanese player play at that level for three matches in a row in England before.

"Japan play 4-2-3-1. On the left-hand side we have Kubo and on the right we have Junya Ito of Reims. Mitoma may play as a super-sub, but I think he should start."

Both will be key during Japan's seventh successive World Cup and in Hajime Moriyasu they have a boss with the country's best win percentage, though the coach also has his critics.

"There are people who say Japan could win the whole thing with the right coaching," says Tokyo-based journalist Orlowitz.

"You know what? They're not wrong. This is the deepest player pool, except maybe a goalkeeper, the country has ever had.

"There is a world-class squad at all positions and the talent there. The question is if the coaching is there? And the answer is 'no'."