Alexa Swinton, 12, on her ‘And Just Like That’ role and what she’s learned from TV mom Kristin Davis: ‘Always be prepared’ 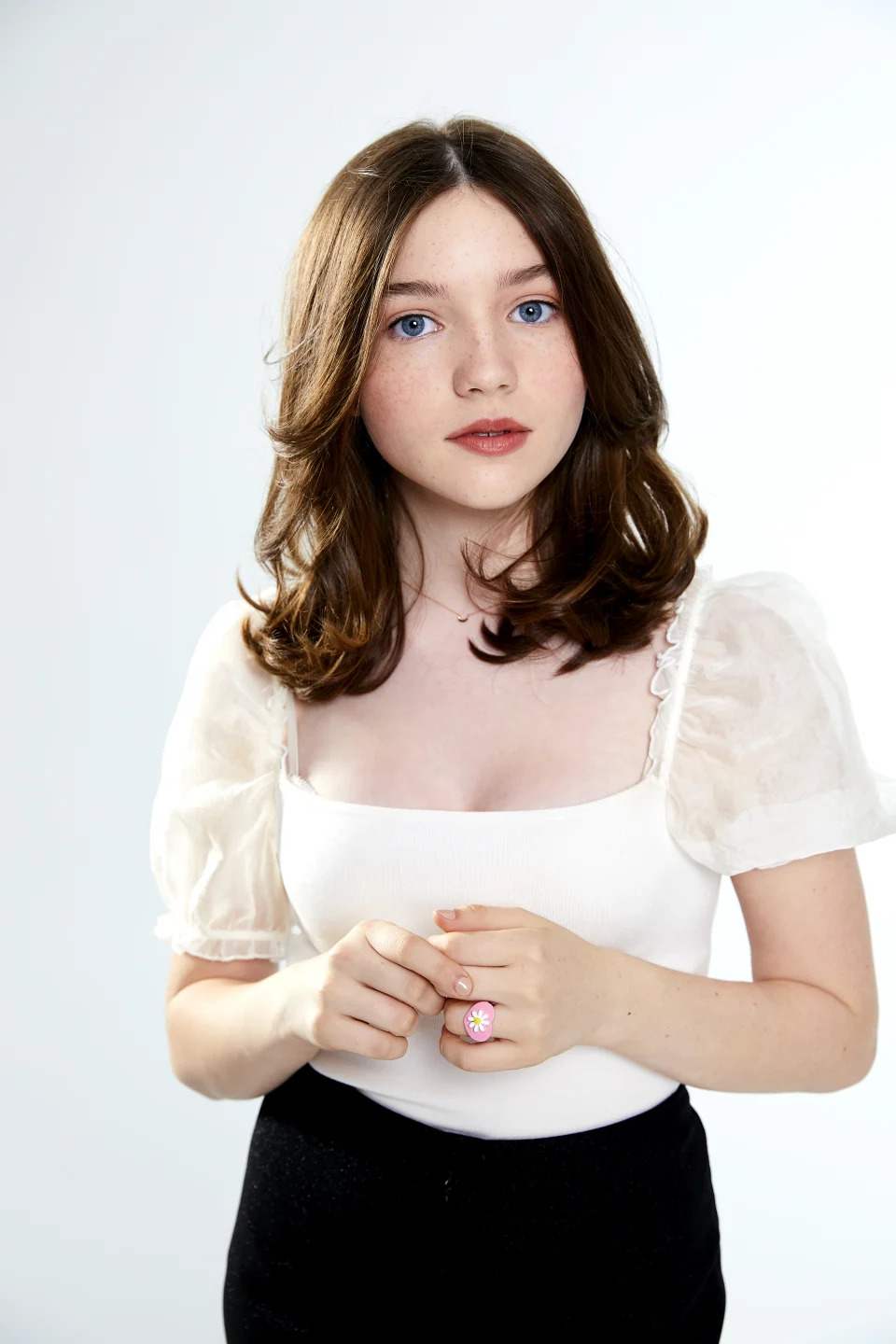 At just 12 years old, Alexa Swinton is winning hearts in her role as Kristin Davis's daughter in And Just Like That. (Photo: Brandon Leger)

WARNING: This story contains spoilers for episode 5 of And Just Like That.

The thought of being Charlotte York’s daughter may be a fantasy to most, but for Alexa Swinton, it’s actually true — onscreen, at least.

Last year, Swinton took on the role of Rose Goldenblatt in And Just Like That, the HBO Max spinoff of the groundbreaking series Sex and the City. And since that time she’s made an indelible impression on viewers, which is no easy feat when you’re acting alongside titans like Sarah Jessica Parker, Cynthia Nixon and Kristin Davis, who plays her neurotic-yet-loving mother Charlotte.

Like her 12-year-old character, Swinton, also 12, has a lot on her mind. Recently, the young actress delivered a groundbreaking scene in episode 5, during which her character comes out as nonbinary, declaring that their new name is “Rock.”

To make Rock’s storyline even more dramatic, Charlotte only finds out about their identity when she hears from a group of moms that Rose was going by a different name at school. After confronting them about it, Rock reveals to Charlotte that they came out on TikTok in a video that shows them rapping and announcing their new name.

For Swinton, who had a major hand in crafting the coming-out scene, it was vital that they got it right.

“It was really very important that the character was treated like a human being,” Swinton tells Yahoo Entertainment. “We get a lot of people on TV that have a journey of finding out who they are, and it's very pained.”

“I don't think that has to be the case on television all the time,” continues Swinton. “Because maybe a 12-year-old will be happy with being who they are. I think it was really nice that we got to see it.”

Swinton explains that she and Davis were very hands-on in helping to make the moment as real and relatable as possible — something she says was hugely beneficial.

“This is something that's happening,” she says of young queer folks coming out on TikTok. “I think a lot of my friends that have gone through this experience, and are going through it, have always had the help of their family and friends, which is really nice. I'm really glad that we finally get to have a 12-year-old character on television that is going through and exploring their gender identity because there's a lot of people in life doing that.”

Creating stories is something Swinton has done her whole life, and her artistic chops are still growing. Perhaps most known for her work in 2019’s Emergence, the young actress — who was born and raised in New York City — explains that her love of the Big Apple feeds her creativity. 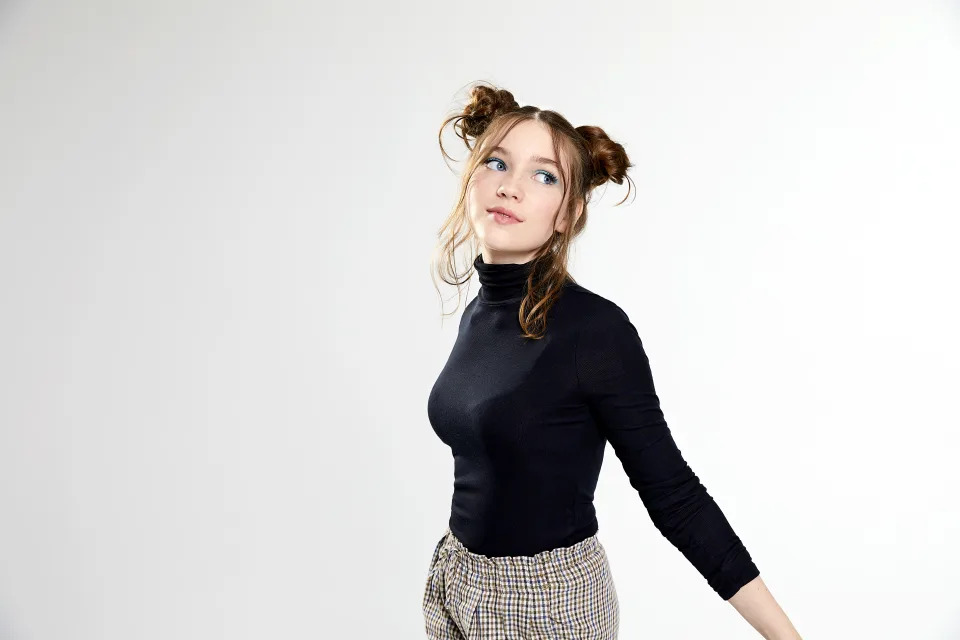 “I absolutely love going to the Upper East Side and walking up and down Madison Avenue,” says Swinton, who spent the greater part of the pandemic writing plays with her brother in her family’s basement. “You get to see so much of the city when you walk down so many blocks.”

Swinton is also a keen observer of her fellow co-stars Nixon, Davis and Parker, whom she credits with helping her grow as an artist.

“One of the biggest things I've learned is how to combine and separate personal time and serious work time onset, and to always be prepared,” she says. “When I'm with Kristin, which is every scene I've been in, she's always so friendly and nice. But whenever she realizes you need help to run lines, she'll be like, ‘Alexa, let's run lines. Come on!’”

Swinton adds that the show’s star, Parker, is not only “incredibly kind,” but also quite humble.

One day, she explains, Parker lent Swinton’s family her personal driver so that they’d be able to drive to Virginia and see Swinton’s brother. On another occasion, she says Parker loaned her family a room on the night of the show’s premiere because they didn’t have a place to get ready.

“We only learned that it was her because of other people mentioning it,” Swinton acknowledges. “It was always so funny because you're like, Oh my god, it’s so sweet of her.”

Looking ahead, Swinton is excited to witness the growing community of content creators using social media to find not only their passions but also their tribe — just like her character does. “A lot of people that wouldn't get as much of a chance to be actors in the industry are getting more of a chance because of social media,” she explains, adding that the response of Rock’s own storyline has been overwhelmingly.

“I'm happy that everyone's taking it so positively because it really is important that we get more representation for younger [LGBTQ characters] finding out who they are,” she says. “I have a lot of friends in the community, and it’s really nice to see positive reactions from my close friends.” 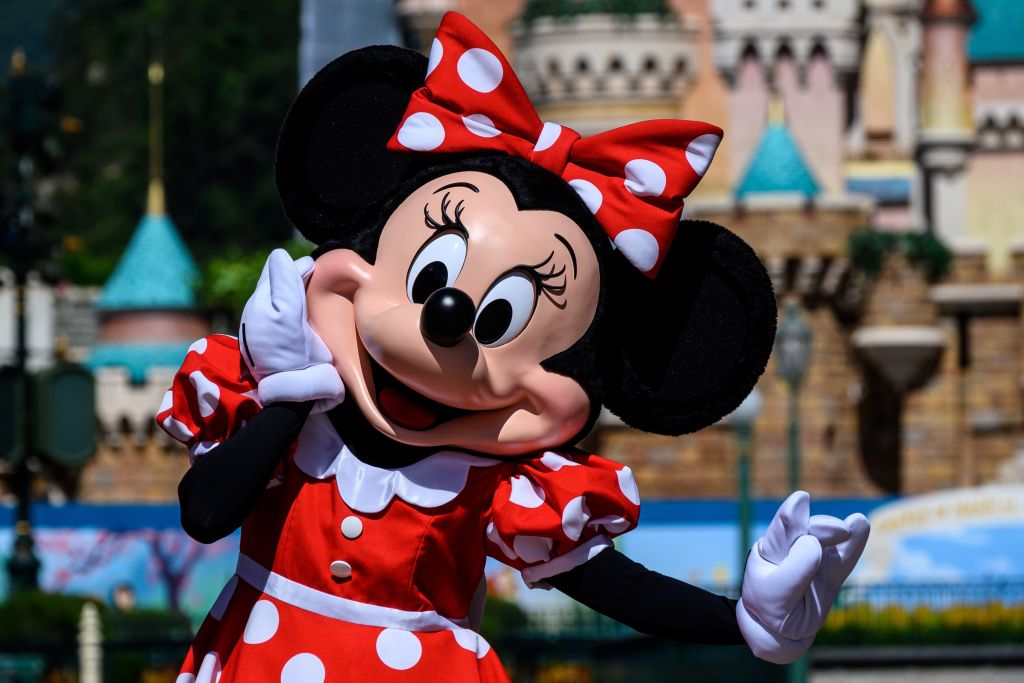