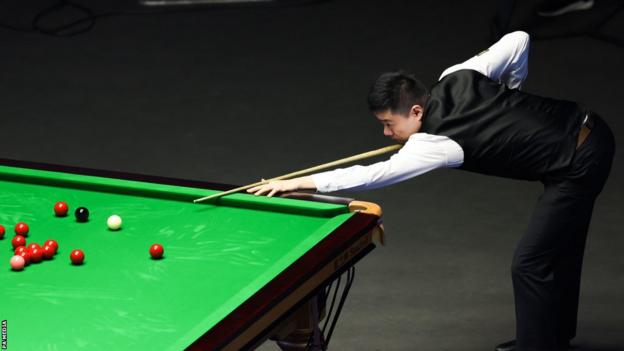 He will face the winner of the second semi-final between England's Jack Lisowski and Northern Ireland's Mark Allen, which starts on Saturday at 19:00 GMT.