Allen returns to full Wales training ahead of Iran 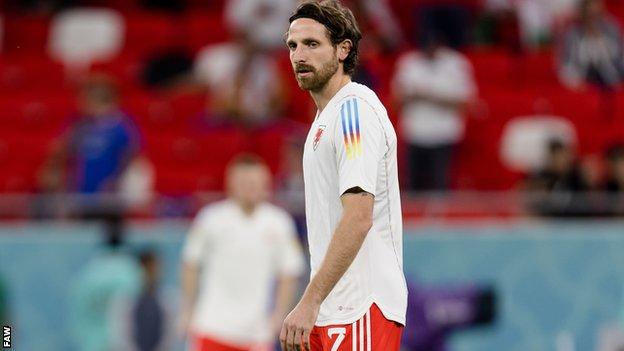 Joe Allen has returned to full training as he aims to recover from a hamstring injury in order to play a part in Wales' World Cup campaign.

The injury has kept the Swansea City midfielder out since September.

Having trained alone since Wales have been in Qatar, Allen joined the rest of the squad for Wednesday's session.

Wales started their first World Cup campaign for 64 years with a draw against the United States on Monday and face Iran on Friday.

Allen's return would be a major boost for Wales should he able to play some part against Iran. He was sorely missed during the first half against the USA, when Wales were overrun in midfield and fortunate not to trail by more than their 1-0 half-time deficit.

Wales could take a significant stride towards qualifying for the second round with victory against Iran, who were thrashed 6-2 by England in their first match.