During the AMD Keynote at Computex 2022, its CEO, Dr. Lisa Su officially unveiled their next generation of Ryzen processors and the successor to the highly successful Ryzen 5000 series. The new family, the Ryzen 7000 series, will feature up to 16 Zen 4 cores using TSMC's optimized 5 nm manufacturing process.

AMD Ryzen 7000 also officially marks the end of its long-serving AM4 socket, with the new AM5 LGA1718 socket replacing it with a freshly announced trio of new performance-driven chipsets, including X670E, X670, and B650.

Since AMD's original Ryzen (Zen) debuted back in 2017, AMD has consistently innovated and progressed its core architecture in a way that before Zen, no one other than AMD itself thought possible. Some of the main advancements that came with Zen included the new AM4 socket, which is undoubtedly one of the most successful in its history and brought DDR4 memory to the mainstream market. In 2018, AMD shipped its updated Zen+ microarchitecture through the Ryzen 2000, based on GlobalFoundries more efficient and optimized 12 nm architecture, along with a notable uplift in IPC performance gains to boot. 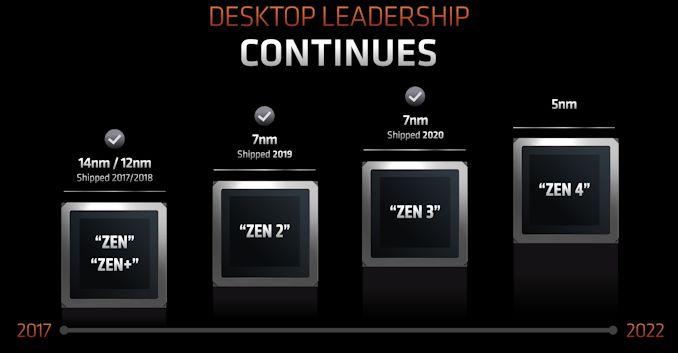 Moving forward into 2019, AMD debuted the Zen 2 architecture, which was used as the basis for the Ryzen 3000 series of CPUs. Switching to TSMC's high-performance 7 nm manufacturing process, AMD delivered higher performance levels over Zen/Zen+, with double-digit gains in IPC performance and a completely new design shift through the use of chiplets.

The latest in AMD's arsenal, and perhaps one of the most highly anticipated processor announcements of the year, the AMD Ryzen 7000 family has finally been announced with some new features designed to deliver a premium desktop experience. We've known for a long time that the Zen 4 microarchitecture is based on an optimized TSMC 5 nm manufacturing process, but we haven't learned some of the more detailed intricacies until now.

While AMD isn't going into great detail on the Zen 4 architecture today – they have to save something to disucss for later in the year – for now the company is disclosing that Zen 4 will come with 1MB of L2 cache per CPU core, which is twice the amount of L2 cache as found on Zen 3 (and Zen 2) CPU cores. Meanwhile L3 cache will remain a subject for another day; AMD isn't offering details on its L3 cache or whether we will see Zen 4 models with its 3D V-cache stacked packaging.

Coupled with that L2 cache improvement, AMD is aiming for higher clockspeeds, thanks to their architectural design and TSMC's 5nm process. Officially the company is only claiming "5GHz+" max turbo clockspeeds for now, but in a demo video shown by Dr. Su, AMD's pre-production 16 core Ryzen 7000 chip was shown to be boosting to above 5.5GHz, which is a significant uplift from the sub-5GHz speeds of AMD's current Ryzen 5000 desktop chips.

As a result of these cache, architectural (IPC), and clockspeed improvements, AMD is touting a greater than 15% increase in single-threaded performance. And, checking AMD's disclosure notes, this is based on early Cinebench R23 notes, comparing their pre-production 16C Ryzen 7000 chip to a 16C 5950X. Given the significant clockspeed increases that AMD has demoed on this chip, this does imply that most of AMD's performance improvements are coming from the clockspeed improvements rather than IPC uplift. However Cinebench is a single benchmark, and for the moment we don't have any further information on what core architectural changes AMD has made.

Though AMD is disclosing that Zen 4/Ryzen 7000 is getting AI acceleration instructions. Like so many other aspects of the chip, more details are to come, but it sounds like AMD is adding some instructions for manipulating data with common AI data formats such as bfloat16 and int8/int4.

For Ryzen 7000, AMD is also introducing a new 6 nm I/O die (IOD), which replaces the 14 nm IOD used in previous Zen 3 designs. Marking a first for AMD, the new IOD is incorporating an iGPU, in this case based on AMD's RDNA2 architecture. So with the Ryzen 7000 generation, all of AMD's CPUs will technically be APUs as well, as graphics is a basic part of the chip's construction. What this means for the future of AMD's monolithic desktop APUs is uncertain, but at a minimum, it means that all (or virtually all) of AMD's CPUs will be suitable for use in systems without discrete graphics, which although not a huge deal for consumer systems, is very much a big deal for corporate/commercial systems.

The new IOD also affords AMD the opportunity for some significant platform power savings. Not only is TSMC's 6nm process well ahead of GlobalFoundries' old 14nm process, but the design process has allowed AMD to incorporate many of the power-saving technologies that were first developed for the Ryzen 6000 Mobile series, such as additional low power states and active power management capabilities. As a result, Ryzen 7000 should fare much better at idle and low utilization workloads, and it's a reasonable assumption to see the IOD drawing less power at load, as well (at least with graphics disabled). Though at full load, with up to 16 cores running at over 5GHz, the CCDs are still going to draw a lot of power.

On the matter of power, it's also noteworthy that AMD is indicating that Ryzen 7000 will operate at higher TDPs. While AMD isn't announcing official SKUs at this point, they are explicitly noting that the new AM5 platform allows for TDPs (CPU Package Power) up to 170 Watts in this generation, which is up from the 105W TDPs of the AM4-based Ryzen 5000 series.

Last, but certainly not least, AMD's Zen 4 microarchitecture combined with the new IOD also brings about a host of new features, including official support for PCIe 5.0, much like Intel introduced with its Alder Lake (12th Gen Core) architecture. Combining AMD Ryzen 7000 with an X670E, X670, or B650 motherboard will provide up to 24 x PCIe 5.0 lanes split between slots and storage devices, with support for up to 14 x USB ports, native MAC support for Wi-Fi 6E, as well as capability to provide up to four display outputs including HDMI 2.1 and DisplayPort 2.

As the announcement of AMD's Ryzen 7000 family of processors officially brings the previous AM4 socket to an end, AMD has also unveiled details surrounding its new AM5 socket, otherwise known as socket LGA1718. The AMD AM5 socket will feature 1718 pins connecting the processor to the motherboard socket, although AMD hasn't provided any information regarding pin layout.

One interesting thing that we've already mentioned is that AMD Ryzen 7000 will move to support processors up to 170 W on Zen 4, as opposed to 105 W TDP found on processors such as AMD's previous Ryzen 9 5950X. AMD is also using a new heat spreader (IHS) design on Ryzen 7000, which AMD has done to allow compatibility with previous socket AM4 coolers. This means that theoretically, users looking to upgrade to Ryzen 7000 will be able to use pre-existing coolers with socket AM4 support.

The AM5 socket and Ryzen 7000 also bring PCIe 5.0 to the table, with many storage vendors expected to announce a new wave of PCIe 5.0 storage devices designed to benefit from all of this additional bandwidth compared to PCIe 4.0. At the same time, we saw Intel introduce DDR5 memory to desktops through its 12th Gen Core series, although Intel does offer support for both DDR5 and DDR4 memory. AMD is also using DDR5 going forward, but it looks as though it won't be using DDR4 memory, or at least offering support for DDR4 initially for its premium chipsets. 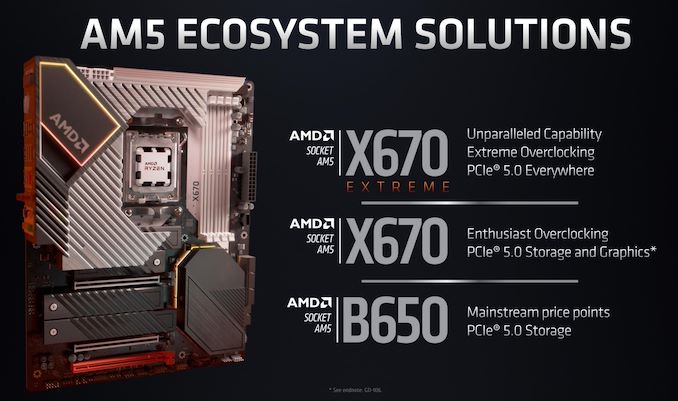 Along with the announcement of the Ryzen 7000 family and its Zen 4 microarchitecture, AMD has also announced three new chipsets for AM5, X670E, X670, and B650. Starting with the flagship X670E 'Extreme' chipset, this is designed for its most premium models, focusing on extreme overclocking, with a full loadout of PCIe 5.0 support. Both the X670E and X670 cater to enthusiasts, with support for PCIe 5.0 graphics and the impending PCIe 5.0 storage devices and support for dual-channel DDR5 memory.

AMD hasn't announced the full scope of its support for DDR5 as of yet, such as maximum speeds or what level of JEDEC support, but we expect to find out more from AMD and motherboard vendors over the coming months. AMD did mention that socket AM5 features a new SVI Gen 3 power infrastructure, but it didn't go into the technical specifications. AMD claims this will enhance support for additional power phases, fine-grain power control, and faster power response capabilities.

Interestingly, AMD differentiates X670 into two market segments compared to previous iterations such as X570, X470, and the X370 chipsets. It seems as though the most premium models such as ASUS's ROG Crosshair series, MSI's MEG series, and GIGABYTE's Aorus Xtreme series will be based on X670E to separate it from the more mid-range focused and more widely affordable X670 options.

The B650 chipset, as with previous AMD B-series sockets, will target mainstream users with more affordable options featuring PCIe 5.0 storage and having support for dual-channel DDR5 memory as the X670E and X670 chipsets do.

It also remains unclear if AMD intends to launch an A series of its AM5 chipset yet for the more budget-conscious users who want the power of AMD's 5 nm Zen 4 cores but without the fanciful requirements that PCIe 5.0 brings to the table.

Along with the announcement of X670E, X670, and the B650 chipsets, AMD has announced some of the most premium models we can expect to see for the launch of Ryzen 7000. This includes a range of flagship and premium X670E models from families we've seen many times before on existing AM4 chipsets and Intel's chipset options.

Some of the models announced during the AMD Computex 2022 Keynote include the ASRock X670E Taichi, the ASUS ROG Crosshair X670E Extreme, the Biostar X670E Valkyrie, the GIGABYTE X670 Aorus Xtreme, and the MSI MEG X670E Ace motherboards.

We don't have any official specifications from motherboard vendors regarding the announced models at the time of writing. Still, we expect to start receiving specifications, controller sets, and power delivery information very soon.

Despite AMD essentially opting for a paper launch of its latest Ryzen 7000 family of processors, it hasn't actually provided any details surrounding its SKUs or expected pricing. From the AMD Keynote during Computex 2022 hosted by CEO Dr. Lisa Su, we know AMD is planning to offer Ryzen 7000 with up to 16 cores, but it remains to be seen if AMD will go for even more cores in the coming months. 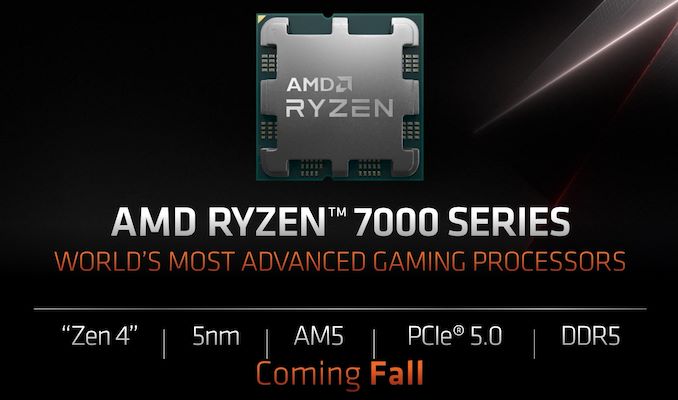 It remains to be seen if we will see Ryzen 7000 with more than 16C models, but for now, that's what AMD is sticking with, at least for Computex 2022. AMD did say we will get more information on its Ryzen 7000 family of processors and Zen 4 and the AM5 socket in the coming months as we head towards a full retail launch in the fall of 2022. 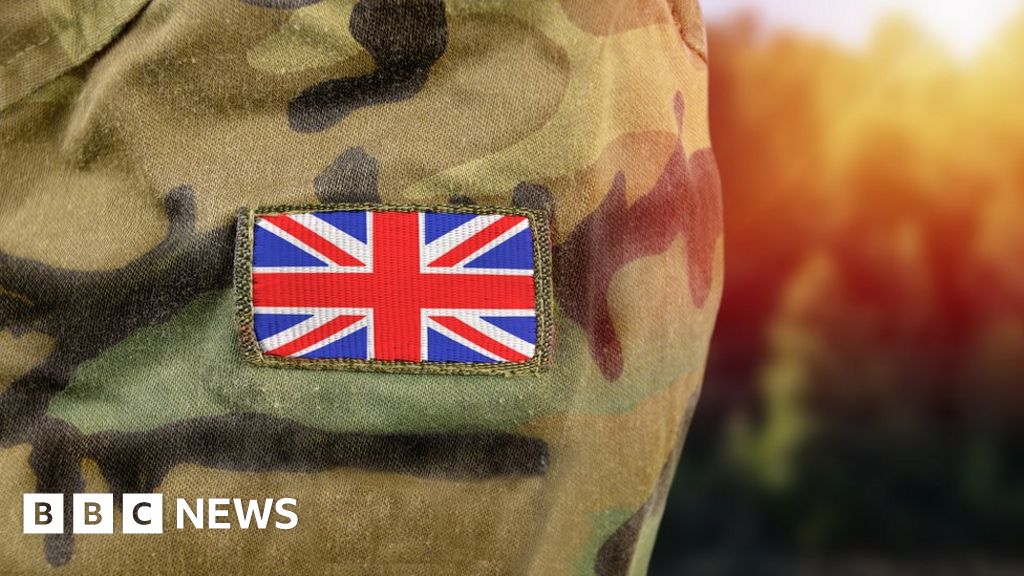 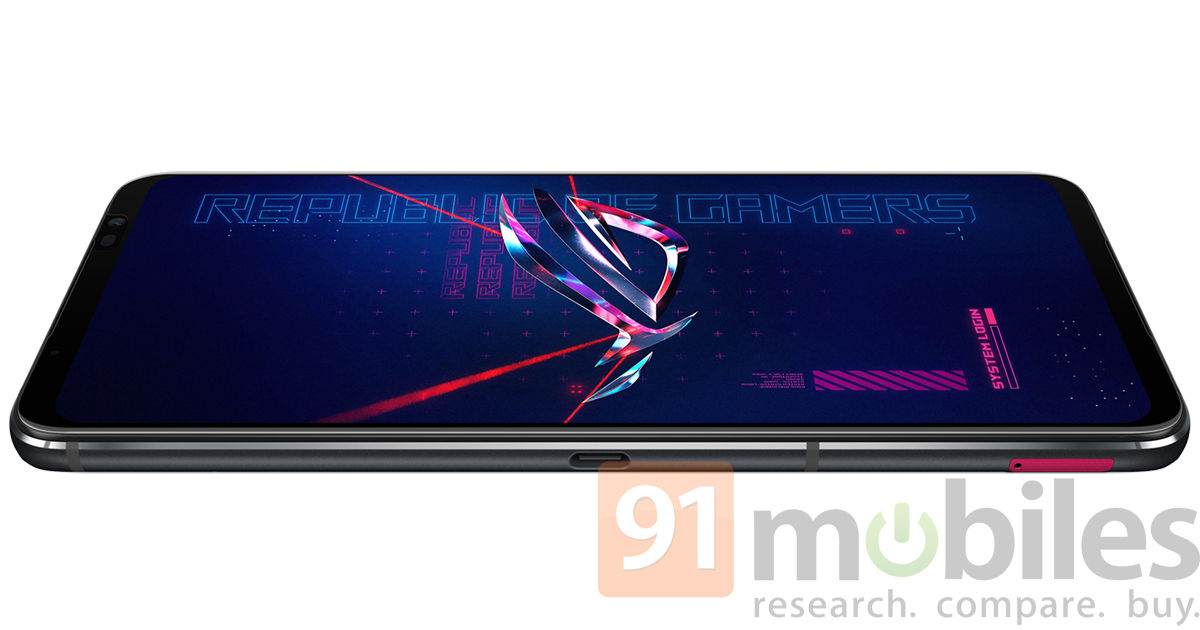 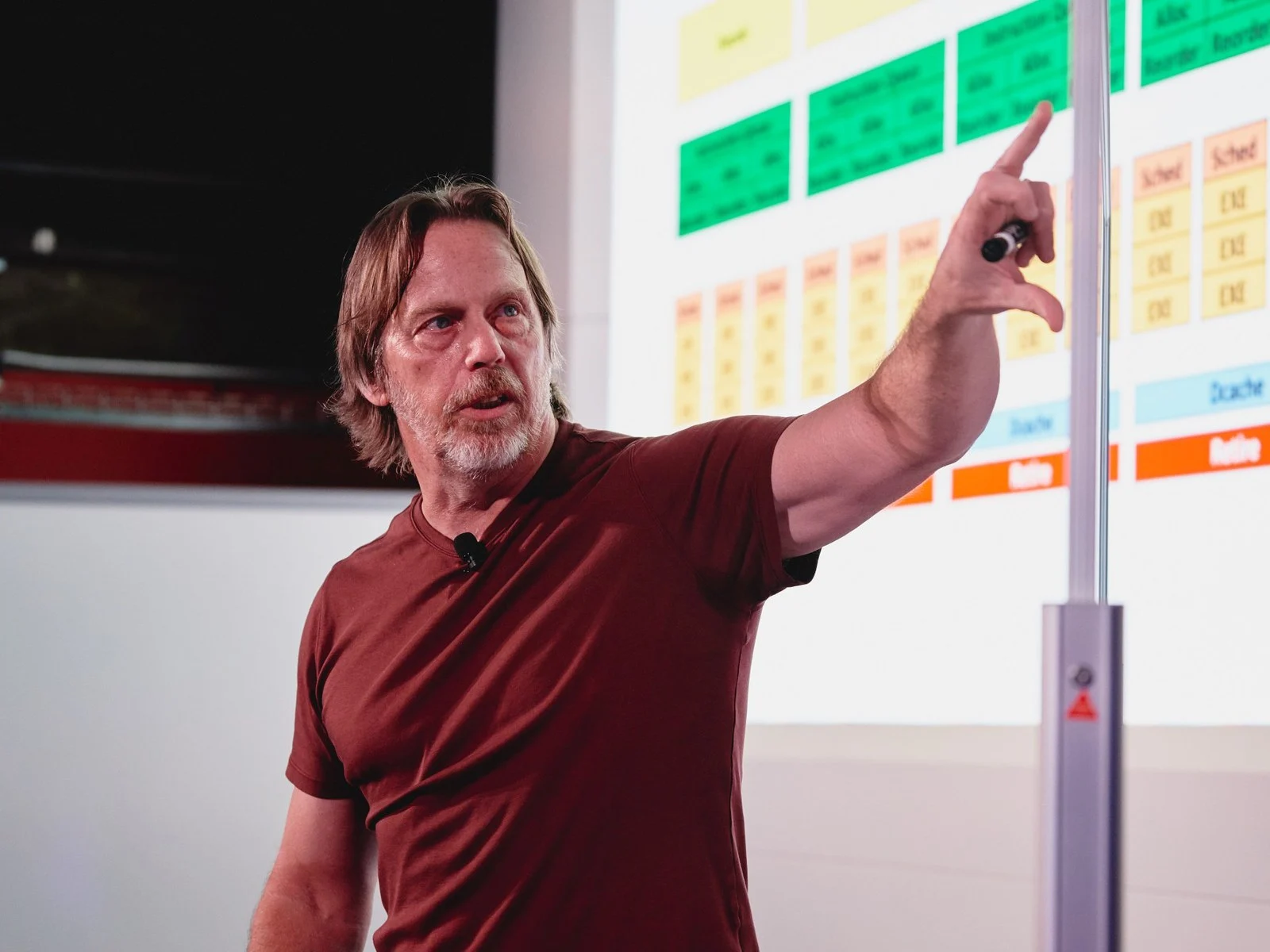 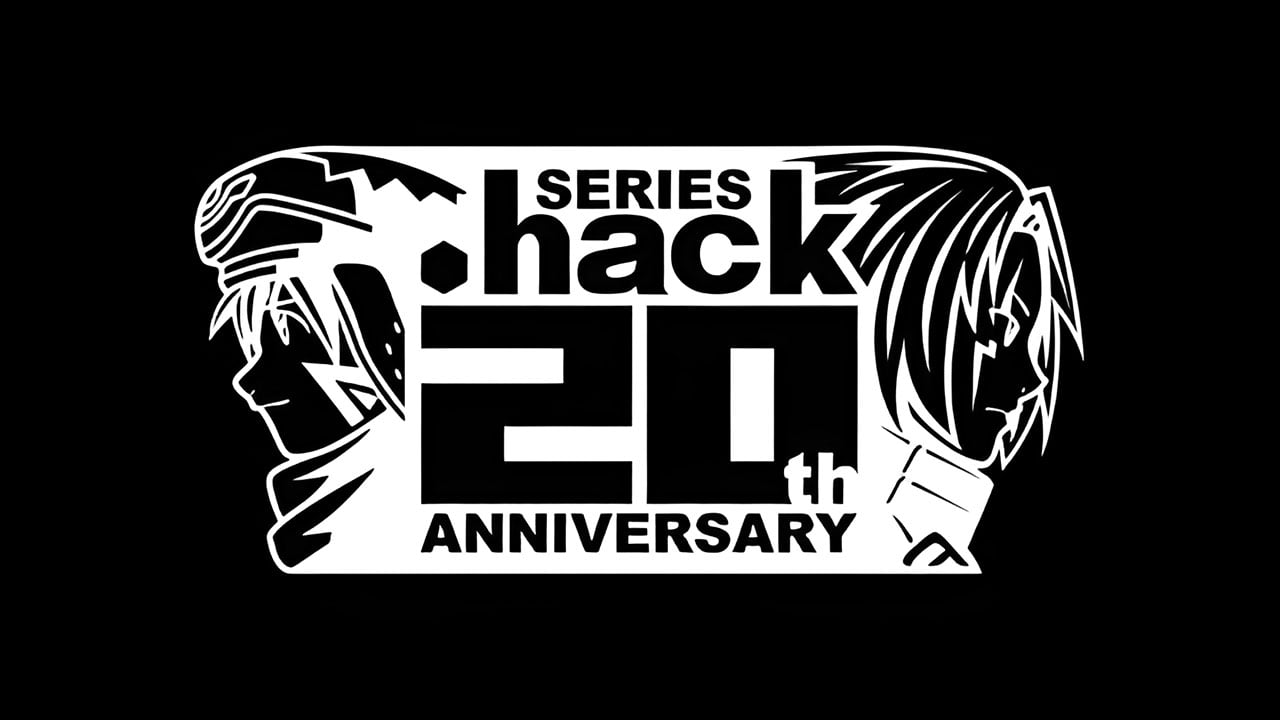 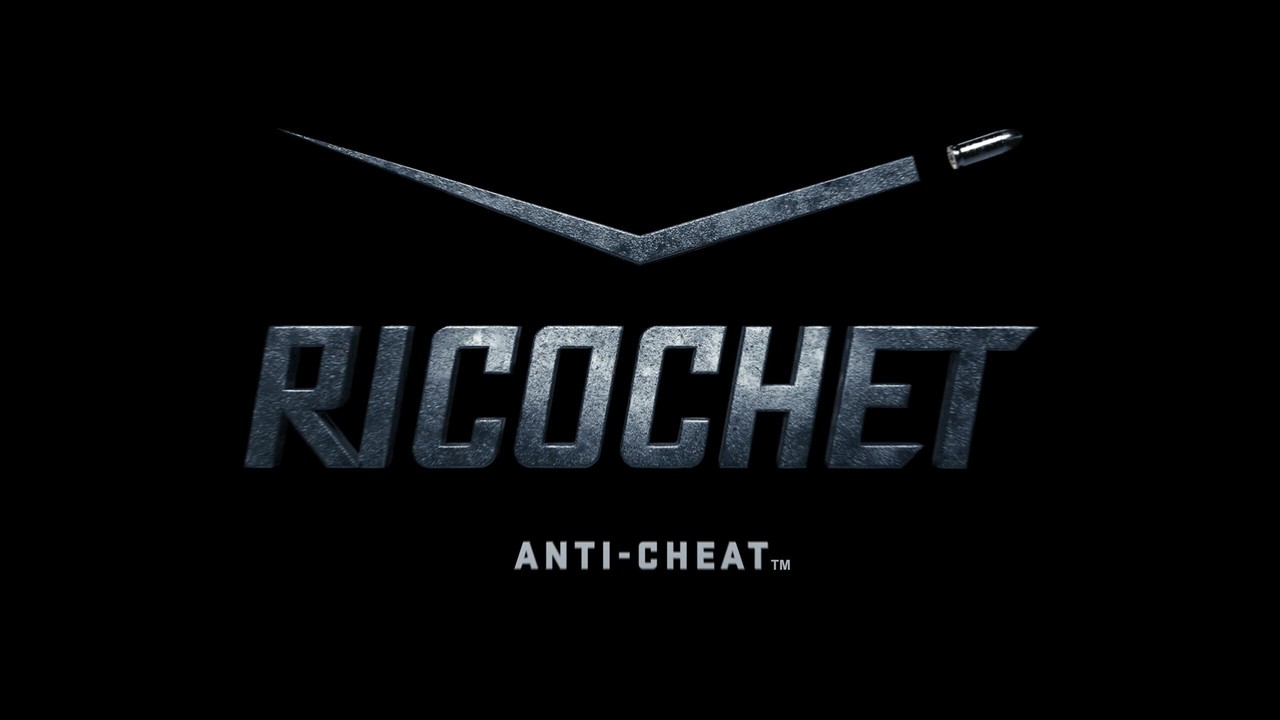