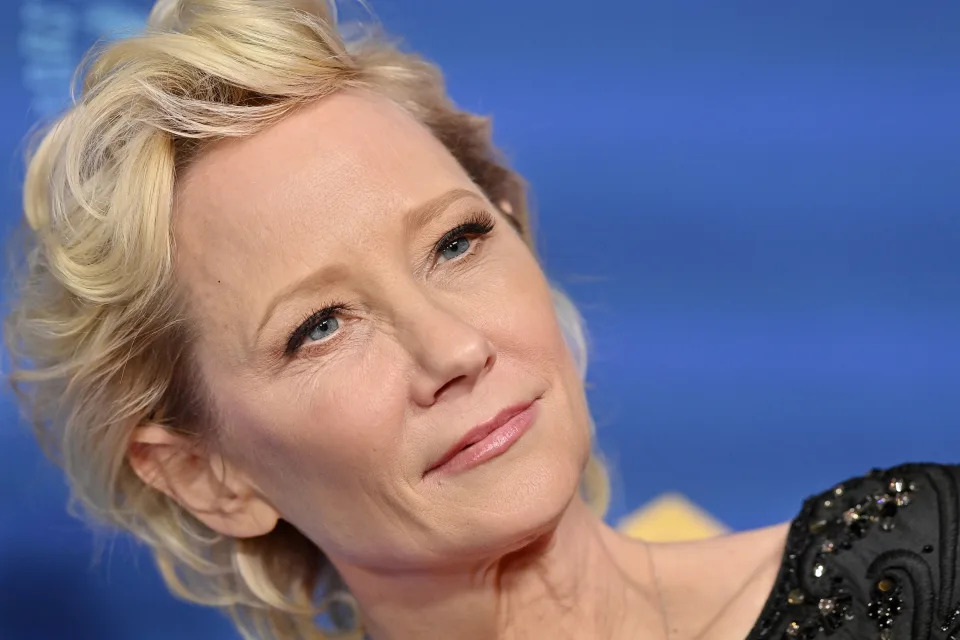 Anne Heche is "not expected to survive" after suffering brain damage during her horrific car crash, her publicist told Yahoo Entertainment in a statement late Thursday.

"Unfortunately, due to her accident, Anne Heche suffered a severe anoxic brain injury and remains in a coma, in critical condition," read the statement, sent on behalf of the actress's family. "She is not expected to survive.

"It has long been her choice to donate her organs and she is being kept on life support to determine if any are viable."

Heche, 53, crashed her blue Mini Cooper into a home, causing both the vehicle and residence to go up in flames, on Aug. 5. She never regained consciousness after being rushed to the hospital in critical condition.

The family thanked friends and fans "for their kind wishes and prayers" as well as "the dedicated staff and wonderful nurses that cared for Anne at the Grossman Burn Center at West Hills Hospital.

The statement concluded: "Anne had a huge heart and touched everyone she met with her generous spirit. More than her extraordinary talent, she saw spreading kindness and joy as her life’s work — especially moving the needle for acceptance of who you love. She will be remembered for her courageous honesty and dearly missed for her light."

The tragic news came hours after the Los Angeles Police Department confirmed Heche is being investigated for a felony DUI traffic collision. Police obtained a warrant for a blood sample which revealed narcotics were in her system.

The Los Angeles Times and TMZ reported the Hung star was under the influence of cocaine during the crash. A spokesperson for the LAPD wouldn't comment on that specifically, but told Yahoo early results showed the presence of narcotics; however additional testing is required to rule out what was given to her medically.

Heche's vehicle crashed into a two-story house in the Mar Vista neighborhood of L.A. around 10:55 a.m. last Friday. The Los Angeles Fire Department said it took 59 firefighters 65 minutes "to access, confine and fully extinguish the stubborn flames within the heavily damaged structure, and rescue one female adult found within the vehicle."