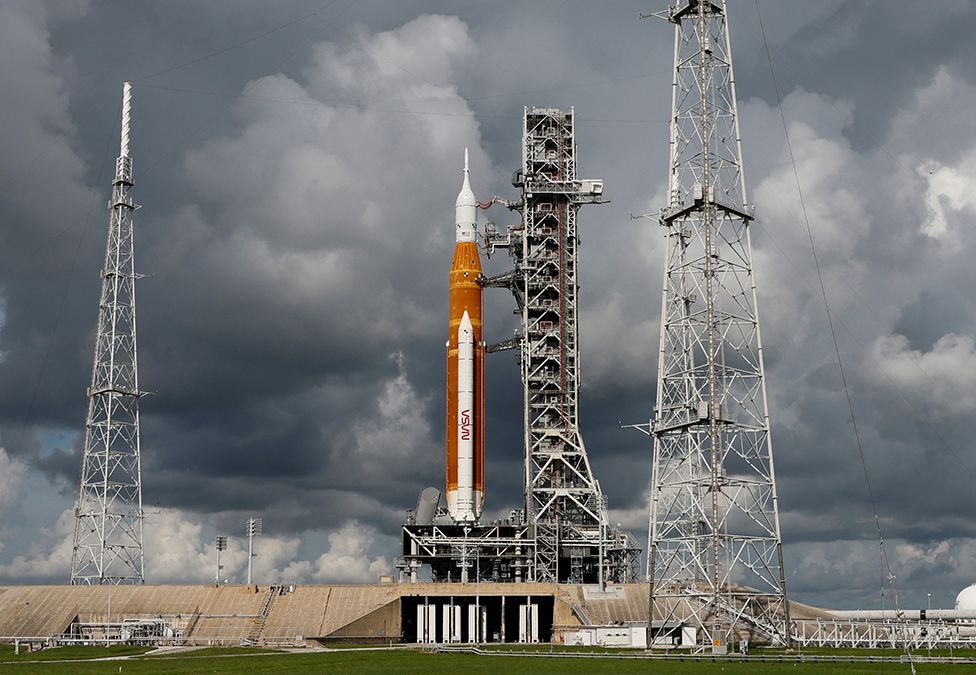 Nasa's giant Moon rocket has completed a fuelling test that should open the way to it making a maiden flight.

Controllers managed to fill the Space Launch System vehicle with 2.7 million litres of liquid hydrogen and oxygen on Wednesday - a task that had previously proved impossible due to leaks.

Those leaks appear now to have been fixed, or rather engineers know how to manage them during the tanking process.

The rocket could launch as soon as next Tuesday.

However, the US space agency says a number of factors will have to be considered before a "go" decision is made.

"I don't like to get ahead of the data," said flight director Charlie Blackwell-Thompson.

"I'd like the team to have the opportunity to go look at it, to see if there are changes we need to make to our loading procedure, our timelines, or if we're good as is."

The 100m-tall vehicle is standing on launch pad 39B at the Kennedy Space Center in Florida.

If it does get a "go for launch" next week, it will endeavour to send a capsule, called Orion, on a 37-day journey around the Moon, ending in a splashdown in the Pacific Ocean.

It would be a demonstration ahead of astronauts climbing aboard SLS-Orion for a repeat mission in 2024.

The sequence is part of Nasa's Artemis programme, which seeks to return humans to the lunar surface after an absence of more than 50 years.

The US space agency tried to launch the SLS rocket on 29 August and again on 3 September. But on both occasions it was bedevilled by hydrogen escaping from feed lines - among other issues.

Damaged seals had to be replaced and then tested, which was the purpose of Wednesday's exercise.

And although controllers once again saw leak behaviour, they were able to implement measures to keep the losses within acceptable bounds.

What is more, controllers were able to fully tank both the core stage and upper-stage of the rocket, and get them into their flight-ready configuration. This included prepping the four big engines at the base of the rocket which have to be taken down to an extremely low operating temperature.

Whether Nasa can now proceed with a launch could depend on an unrelated matter to do with batteries in the rocket's flight termination system (FTS).

The FTS is a series of explosives that would destroy the vehicle in the event it veered off course during the ascent.

The batteries were certified for a period of time that has now elapsed. Nasa believes the batteries are still in good order and is working to have the certification extended.

If it can't, the rocket will have to be rolled back into the workshop to have the FTS reset, delaying a launch by several weeks.

And, of course, even if all the technical hurdles can be negotiated, Nasa will need to keep an ever watchful eye on the weather. There are storm systems moving around the Gulf of Mexico and in the Atlantic that could prove problematic, depending how they evolve over the next week. 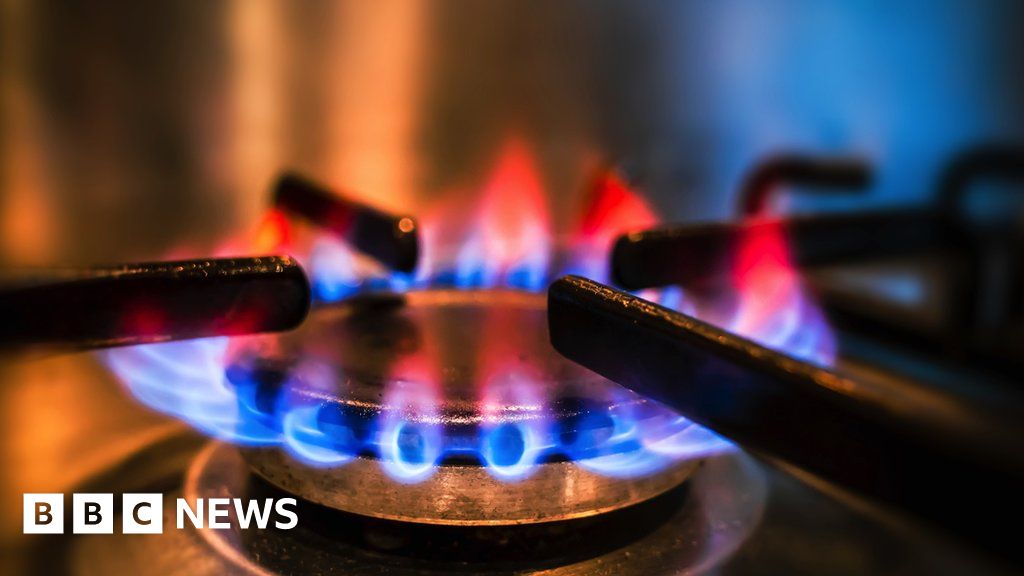 PM will explore energy market re...