I captured meteor #c8ff042 in Brantford,Ontario Canada at with my GoPro
It was capturing 30sec shots all night and got this shot pic.twitter.com/grTgtPQreU

Asteroid hit Canada and may have dropped meteorites

Astronomers spotted an asteroid just hours before it struck Earth Saturday morning (November 19, 2022), near Lake Erie in Canada. This is not the first time this year astronomers have discovered a rock from space just hours before it hit Earth. But this time, it entered Earth’s atmosphere over a populated area, crossing the skies of Toronto, Canada. So we have video and witnesses who saw, heard and felt the impact. And astronomers said locals may be able to find meteorites from the impact.

This fireball is particularly significant as the parent meteoroid was observed telescopically before it hit the atmosphere. This makes it a rare opportunity to link telescopic data of an asteroid with its breakup behavior in the atmosphere to glean insight into its internal structure.

Researchers asked locals between Port Weller and Virgil, Ontario, to be on the lookout for fragments of the space rock. Brown said:

We know from camera records and weather radar which tracked falling debris from the fireball that meteorites almost certainly made it to the ground near or east of Grimsby. What we need now to complete this story is to recover some of these rocks and find out what kind of material made up asteroid 2022 WJ1. This is very much like a sample return space mission, but in this case the sample fell on us.

Read more about how to find meteorites. And if you find any, contact the Royal Ontario Museum at naturalhistory@rom.on.ca.

Scientists mapped this zone (red) where meteorites from the November 19, 2022, fireball may have reached the ground. Image via Western University.

First report of the impending impact

Ye Quanzhi, a University of Maryland astronomer who studies asteroids, comets and meteors, reported on Twitter at 1:13 a.m. EST on November 19:

Looks like a space rock is going to fall into Lake Erie area in ~2 hours (about 3:30 am EST)

He shared the link for NASA’s Center for Near Earth Object Studies Hazard Assessment page. The object, C8FF042, is now removed from the page because it has struck Earth and is therefore no longer a threat.

Available now! 2023 EarthSky lunar calendar. A unique and beautiful poster-sized calendar showing phases of the moon every night of the year! Makes a great gift.

At 2:29 a.m. EST, Richard Moissl tweeted that the asteroid should impact around 8:26 UTC, which translates to 3:26 a.m. EST. That turned out to be incredibly accurate, as cameras around Toronto captured the bolide at 3:25 and 3:26 a.m. The CN Tower cam in Toronto was one of the cameras that saw the asteroid’s nearly horizontal entry.

Another #imminent_impactor has been spotted ?
Likely less than 1 metre in diameter, this will become a pretty and harmless fireball to observe. #C8FF042
Predicted time of atmospheric entry is 8:26 UTC, over the great lakes. pic.twitter.com/51F2YmtwBu

Well, here's a BEAUTIFUL view of the bolide from the camera that looks up at the Tower… pic.twitter.com/cxl1lrVeM8

Witnesses to the asteroid

Fortunately, the space rock was less than a meter (about 3 feet) in size. Impact should have been around Brantford, Ontario. That’s north of Lake Erie; west of Buffalo, New York; east of Detroit and southwest of Toronto. With such a populated area, many people had the chance to see the fireball’s entry into the atmosphere. People on Twitter reported seeing the bright flash of light, along with the sound of atmospheric entry and even shaking, probably from the sonic boom. Twitter user @TimsDoubleD said:

I heard it and felt it almost like my house moved. Thought a generator exploded nearby.

This would have been interesting to see, but at least I got to hear it. I had for some reason woken up and a few seconds later the house cracked as it does when hit by a gust of wind and then there was a muffled rumble for two or three seconds.

Some observers reported the fireball at magnitude -10 to -20.

Those few hours of lead time were enough that some were able to capture C8FF042 with telescopes.

I OBSERVED THE METEOROID THAT JUST EXPLODED OVER LAKE ERIE (#C8FF042) WITH THE LOWELL DISCOVERY TELESCOPE WOOOOOOOOOOOO pic.twitter.com/2lJmo4udH8

Did you see it? You can report the fireball with the American Meteor Society here.

Sam Deen on the MPML said:

The object will have a very grazing impact of just 10-12 degrees or so, and should be travelling WSW To ENE between Detroit and Buffalo. We should probably expect a pretty spectacular light show, considering the low angle and high population of the area.

My doorbell caught #C8FF042 entering the atmosphere head on. Really interesting to see from this angle. This was near Crown Point East in Hamilton, ON. pic.twitter.com/6sOO16TEXN

Bottom line: On November 19, 2022, a small asteroid hit Canada just hours after its discovery. Researchers are asking locals to be on the lookout for meteorites.

Kelly Kizer Whitt has been a science writer specializing in astronomy for more than two decades. She began her career at Astronomy Magazine, and she has made regular contributions to AstronomyToday and the Sierra Club, among other outlets. Her children’s picture book, Solar System Forecast, was published in 2012. She has also written a young adult dystopian novel titled A Different Sky. When she is not reading or writing about astronomy and staring up at the stars, she enjoys traveling to the national parks, creating crossword puzzles, running, tennis, and paddleboarding. Kelly lives with her family in Wisconsin. 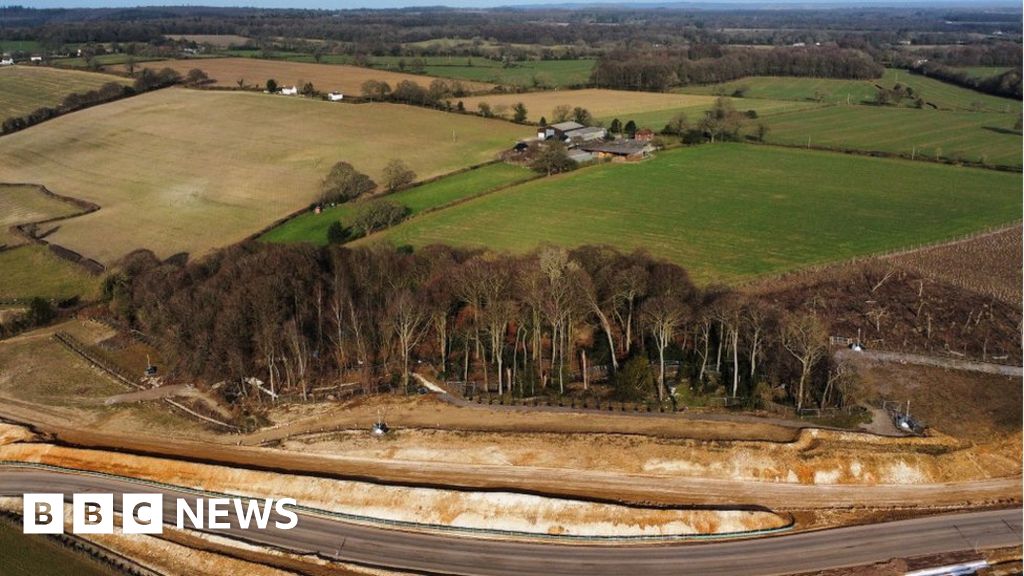