The accident happened on a highway in Punjab province when the bus carrying 24 passengers rammed into the oil tanker from behind.

Islamabad, Pakistan – At least 20 people have been killed in a road accident in Pakistan after a bus collided with an oil tanker in southern Pakistan.

The accident happened in the early hours of Tuesday on a highway in Punjab province when the bus rammed into the tanker from behind, officials said.

The bus, carrying 24 passengers and two crew members, was headed to Karachi from Lahore. Police said the oil tanker’s driver ran away from the spot.

Some of the bodies were badly burned and difficult to identify, said the authorities, adding that they will initiate a DNA testing process to do so. 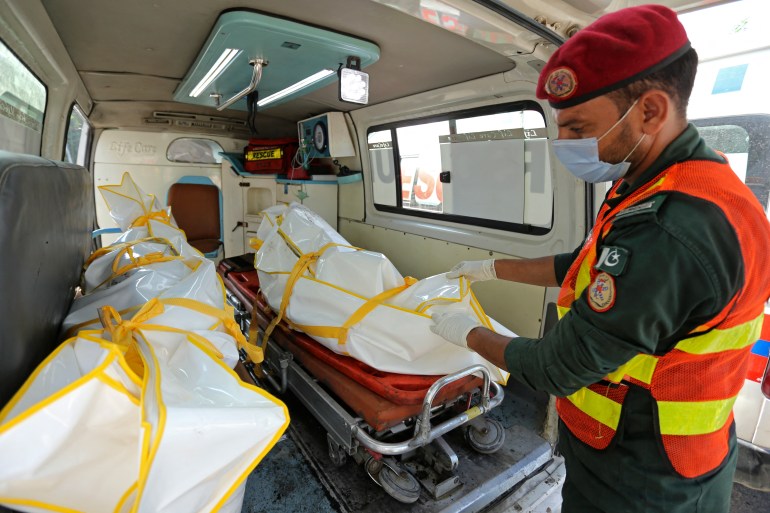 At least six survivors were badly injured in the tragedy and transferred to Multan city’s Nishtar Hospital, officials said.

Investigating officer Kashif Shahzad said a first information report (FIR) was registered by the police in connection with the accident.

“It is quite likely a case of reckless driving by the bus driver who has also died,” he told Al Jazeera.

Asad Shabbir, spokesman for the National Highways and Motorway Police, said the tanker was carrying thousands of litres of oil.

“The fire after the collision was massive which made it difficult for rescue workers to pull out the dead and the injured,” he said.

The accident resulted in a temporary closure of the highway. 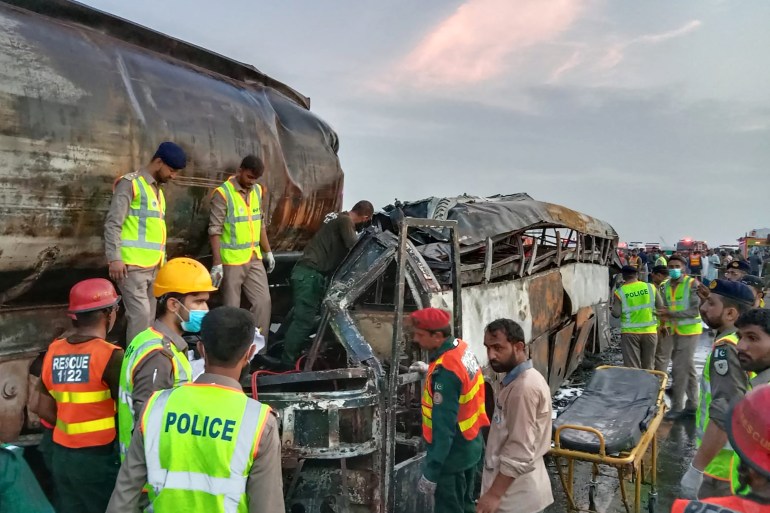 Pakistan’s Prime Minister Shehbaz Sharif tweeted his condolences. “Saddened by the loss of 20 precious lives in the accident. My prayers are with the bereaved families,” he posted.

Fatal road accidents are common in Pakistan, with many blaming the shoddy infrastructure, unfit vehicles and people’s inability to follow traffic rules.

Data compiled by Pakistan’s Bureau of Statistics show that in the year 2021 alone, there were 10,379 road accidents resulting in 4,566 deaths.