Bangladesh has registered the highest number of new coronavirus cases and deaths within a single day amid a strict lockdown imposed to contain the surge in infections.

The government’s Directorate General of Health Services on Monday said 15,192 infections and 247 deaths were reported in the last 24 hours, taking the total caseload to 1,179,827 and death toll to 19,521 since the pandemic began in March last year.

The new record comes in line with health experts’ warnings that the outbreak might worsen when the authorities relaxed the health restrictions for more than a week on July 13 to allow people to travel ahead of the Muslim celebration of Eid al-Adha festival. 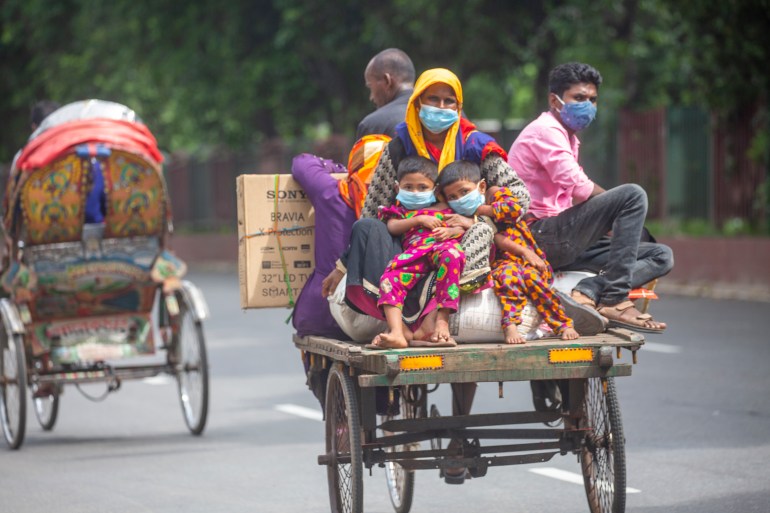 Tens of thousands of people travelled from big cities to their home villages on crowded ferries and buses before the government reimposed the lockdown for two more weeks, shutting offices, transportation, factories and shopping malls until August 5.

Health Minister Zahid Maleque called the situation “most difficult” as nearly 90 percent of the hospital beds are occupied.

He called upon everyone to follow the health guidelines to help slow the spread of the virus.

He said the government will recruit 8,000 health workers, including 4,000 doctors, to further improve healthcare services and boost the coronavirus vaccination campaign nationwide. 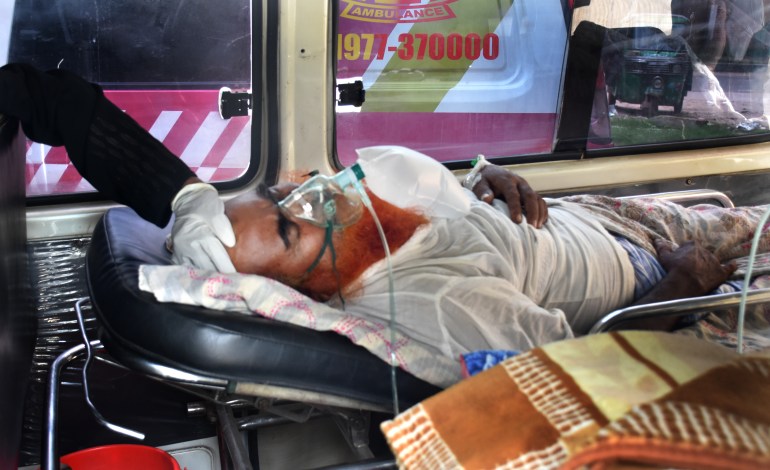 A COVID-19 patient lies in a vehicle outside the Chittagong Medical College Hospital in Chattogram, Bangladesh [Mohammad Shajahan/Anadolu Agency]

Some 2.6 percent of Bangladesh’s population of 160 million has so far been fully vaccinated, while 1.09 percent have been partially vaccinated, according to statistics from the Our World in Data website.

An alarming rise in seasonal dengue fever is giving the authorities one more health issue to contend with.

As the Delta variant spreads, Bangladesh has also recorded one more Rohingya death from COVID-19 in its refugee camps in the southern district of Cox’s Bazar.

The latest figure takes the total number of Rohingya COVID-19 deaths in the world’s largest refugee settlements to 27 while 12 more cases have pushed overall infections to 2,355, reports said.

Bangladesh is currently home to more than a million stateless Rohingya, most of whom fled a brutal military crackdown in Myanmar’s Rakhine state in August 2017. ​​​​​​

Meanwhile, Bangladesh’s Disaster Management and Relief Ministry in a media statement on Monday said the government has decided to allocate nearly 47 million Bangladeshi taka ($555,149) and 9,475 metric tonnes of rice for virus-affected people across the country as humanitarian aid.