Bangladesh tells UN that Rohingya refugees must return to Myanmar

UN rights chief says return of Rohingya refugees is not possible currently due to concerns about their safety in Myanmar.

Bangladesh’s Prime Minister Sheikh Hasina has told the UN rights chief that hundreds of thousands of Rohingya refugees living in overcrowded camps in Bangladesh must return home to Myanmar, from where they had fled waves of violent persecution.

“The Rohingya are nationals of Myanmar and they have to be taken back,” Hasina was quoted as saying by her press secretary, Ihsanul Karim, on Wednesday.

The mostly Muslim Rohingya community has faced widespread discrimination in Buddhist-majority Myanmar, where most are denied citizenship and many other rights.

More than 700,000 Rohingya have fled Myanmar since August 2017, crossing the border to Bangladesh when the Myanmar military launched a “clearance operation” against them following attacks by a rebel group. The security situation in Myanmar has worsened following a military takeover last year.

“Unfortunately the current situation across the border means that the conditions are not right for returns,” Bachelet told reporters in the Bangladeshi capital Dhaka.

“Repatriation must always be conducted in a voluntary and dignified manner, only when safe and sustainable conditions exist in Myanmar.”

After almost five years of the refugee crisis, Bangladesh has become increasingly impatient with the presence of its huge refugee population, and Bachelet said she was concerned about “increasing anti-Rohingya rhetoric” and scapegoating of the community.

She added that many refugees were fearful for their safety due to the activity of armed groups and criminal gangs. 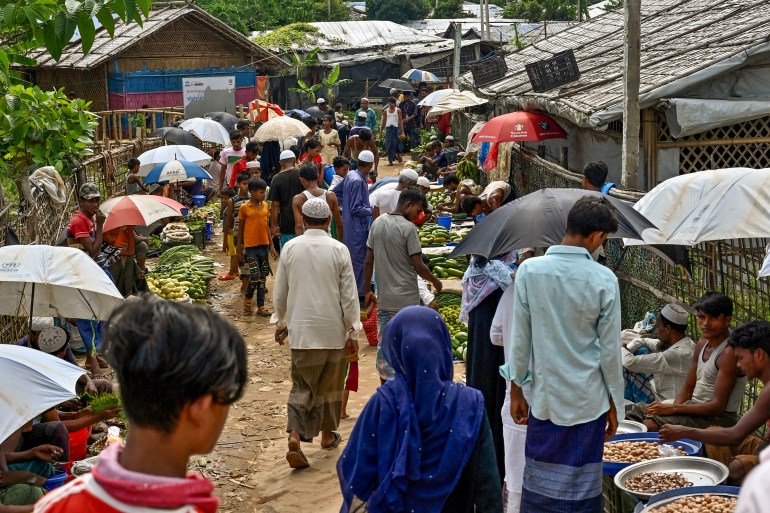 Security has been a constant issue in the camps, with killings, kidnappings and police dragnets targeting drug-trafficking networks.

Two Rohingya community leaders were killed earlier this month, allegedly by an armed group active in the camps that has been accused of murdering political opponents.

Al Jazeera’s Tanvir Chowdhury, reporting from Dhaka, said Bangladesh is “questioning the role of Myanmar” in the return of Rohingya refugees.

“Several meetings down the road with the governments of Bangladesh and Myanmar, but nothing has really been achieved,” Chowdhury said.

Bangladesh said that Myanmar has dragged on its promises to start the repatriation process, “meanwhile here [Bangladesh] the environment is getting increasingly hostile towards the Rohingya refugees,” Chowdhury added. 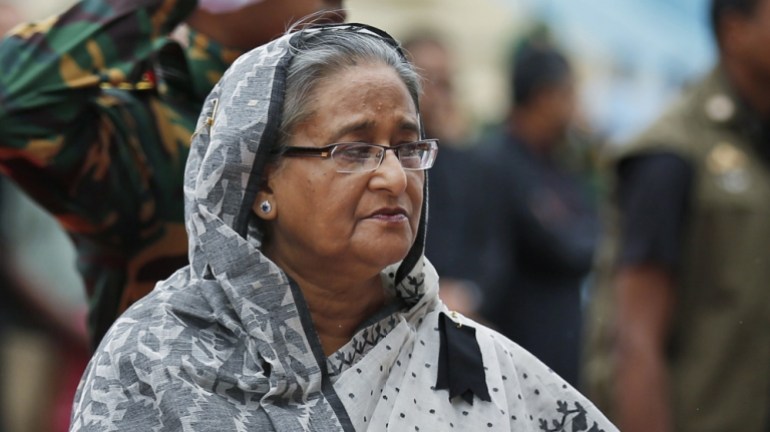 Earlier this month, Bangladesh sought cooperation from China in repatriating Rohingya to Myanmar during a visit by Foreign Minister Wang Yi. China had brokered a November 2017 agreement with Myanmar aimed at sending refugees back.

Hasina and several Cabinet ministers earlier expressed frustration about what they called Myanmar’s inaction in taking them back under the agreement. The UN and Bangladesh authorities have tried at least twice to begin repatriations, but the refugees refused to go, citing safety concerns in Myanmar.

When Bachelet visited the camps on Wednesday, refugees urged the UN to help improve safety inside Myanmar so they can return.

The UN said in a statement that the refugees described “their grievances, their pains” to Bachelet.

“The UN is doing the best we can to support them. We’ll continue doing that,” she said. “But we also need to deal with the profound roots of the problem. We need to deal with that and ensure that they can go back to Myanmar – when there are conditions for safety and voluntary return.”

In March, the United States said the oppression of Rohingya in Myanmar amounts to genocide after authorities confirmed accounts of mass atrocities against civilians by Myanmar’s military in a widespread and systematic campaign against the ethnic minority.