Bank of England says UK may already be in recession 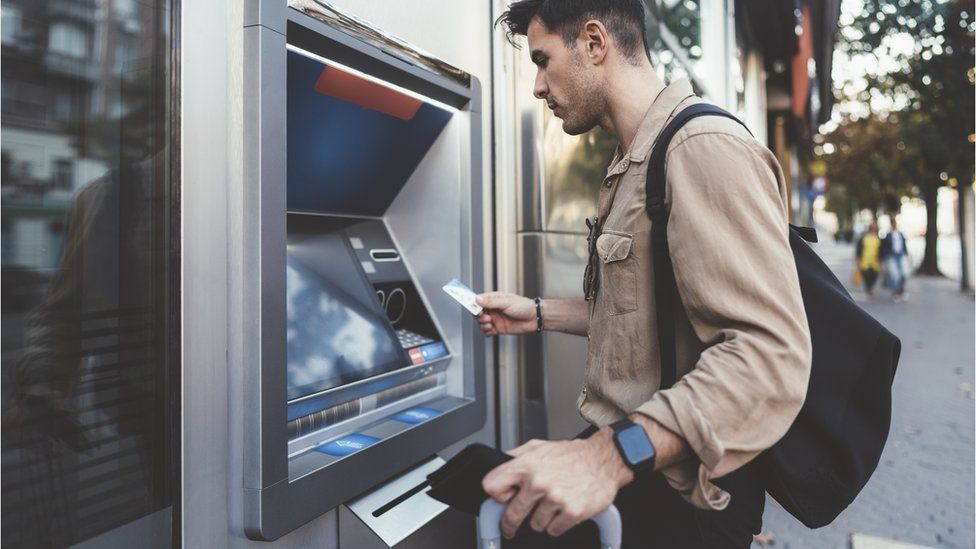 The Bank of England has raised interest rates from 1.75% to 2.25% - the highest level for 14 years - and warned the UK may already be in a recession.

It is the seventh time in a row that the Bank has raised rates as it battles to stem soaring prices.

The move takes borrowing costs to their highest since 2008, when the UK banking system faced collapse.

Interest rates have been rising since December as living costs have been climbing at a faster pace.

Inflation - the pace at which prices rise - is currently at its highest rate for nearly 40 years, at 9.9%, leaving many people facing hardship.

Raising interest rates makes it more expensive to borrow which should, theoretically, encourage people to spend less and cool prices.

The Bank's 0.5 percentage point rise to 2.25% was smaller than some economists had expected.

A number had forecast it would lift rates by 0.75 percentage points in line with similar moves by the US Federal Reserve and the European Central Bank.

However, there are concerns that raising rates too sharply could drag on economic growth.

Announcing its rate decision, the Bank's Monetary Policy Committee (MPC) forecast that the UK economy was already in recession. That is defined as when an economy shrinks for two consecutive quarters.

The MPC said it expected the UK economy would shrink by 0.1% between July and September, otherwise known as the third quarter. This comes after it contracted by 0.1% in the second quarter.

The Bank also revised its outlook for inflation, saying that the government's intervention to subsidise domestic bills through the Energy Price Guarantee was "likely to limit significantly further increases".

It now expects inflation to peak at just under 11% in October, having previously forecast it would reach 13% next month.

Nevertheless, inflation is currently nearly five times the Bank of England's 2% target and even if it peaks in October, it is expected to remain above 10% "over the following few months" before starting to fall.

Although interest rates are now at a 14-year high, they are still comparatively low by historical standards.

Following the financial crisis, borrowing costs have stayed at, or close to, record lows after the Bank of England intervened with cuts following the UK's vote to leave the European Union in 2016 as well as during the Covid pandemic.

The Bank of England has continued on its path of interest rate raises, but the real question now is how high are rates going to go. Financial markets predict that the rate will go close to 5%, and that is higher than in the US and the Eurozone. This reflects higher inflation here.

Today the Bank held back from a 0.75 percentage point jumbo rate rise, as the US Fed had done last night. Foreign exchange markets were looking to see whether the UK would follow the US tough rhetoric against inflation too. But it was a close vote.

The Bank expressed some relief that inflation would now peak at 11% next month, thanks to the government's energy interventions. But rates are still going up because the Bank sees more inflation arising from the British economy itself, even as the energy shock has been muffled.

All eyes are now on November, when the Bank will calculate a new forecast to assess all of the government's interventions, which bring down inflation but also raise borrowing.

Already the rise in mortgage rates is weighing on the housing market. The Bank believes we are already in a recession. The rate rises will keep coming. Precisely how many is the question.