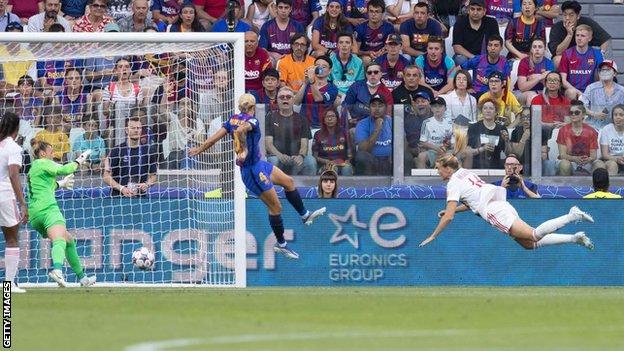 Lyon returned to the pinnacle of European football with an eighth Champions League title courtesy of a superb victory over tournament favourites Barcelona in a gripping final in Turin.

The French side came into the game as underdogs against a Barca side that had lost just once in a season that included a flawless La Liga-winning campaign.

But the most decorated side in the women's game started superbly, pressing high and picking apart the Catalans to charge into a 3-0 first-half lead.

Amandine Henry struck a brilliant long-range strike to give them a lead that was doubled by a header from Ada Hegerberg, returning to Europe's biggest stage for the first time since her 20-month injury lay-off.

The Norwegian forward then turned provider to set up Catarina Macario for a close-range finish to leave a shell-shocked Barca reeling.

Ballon d'Or holder Alexia Putellas gave Barcelona hope just before the break with a low finish - her 33rd goal of the season and 11th of this Champions League campaign.

Jonatan Giraldez's side then threw everything they could at Lyon, including an ambitious effort from Patricia Guijarro from close to halfway that hammered the bar, but the French side held firm to reclaim the European crown they last held in 2020.

It was predicted by many before kick-off that Saturday's game would be a symbolic passing of the torch in women's European football, from a Lyon side that dominated during the 2010s to a Barca team that had swept aside nearly all challengers in the last two years, including Chelsea in last year's final.

But despite arriving in Turin with a competitive record of 41 wins and just one defeat in 2021-22, Barcelona simply could not match the French side for focus, ferocity and tactical nous in front of 32,257 fans at Juventus' Allianz Arena.

Driven on by Champions League record scorer Hegerberg, Sonia Bompastor's side exploited defensive frailty in their opponents, while keeping the Catalan side's prolific attack at bay to seize firm control of the contest.

Henry's goal was the pick of the bunch, arrowed into the top corner from 25 yards after she had returned to her feet following a ball-winning tackle. But Hegerberg provided the most regular threat.

Had she taken her chances, she could have repeated her feat of scoring a first-half hat-trick the last time these two met in the Champions League final - three years ago when Lyon were 4-1 victors.

Instead, Hegerberg settled for the one that took her record tally of goals in this tournament to 59 in 60 matches - and proved too big a gulf to bridge for a Barcelona side that had outscored their rivals 159-11 to win their domestic league by 24 points.

Putellas is considered the current best player in the world and so often an inspiration to this Barca side, but even this was beyond her considerable powers.

She did her bit, providing hope with her 41st-minute finish, but beyond that she was well marshalled in midfield.

Putellas saw plenty of the ball in a final 15 minutes spent almost exclusively in the Lyon half, but some dogged defending and misses from Ana-Maria Crnogorcevic and Irene Paredes saw the French side over the line.

It represented a notable personal triumph for their boss Bompastor, who became the first woman to win the Champions League as a player and manager. The former midfielder, 41, was part of the successful Lyon side in 2011 and 2012.

Ada Hegerberg (Lyon Féminines) hits the left post with a left footed shot from the left side of the box. Assisted by Eugénie Le Sommer following a fast break.

Perle Morroni (Lyon Féminines) is shown the yellow card for a bad foul.

Eugénie Le Sommer (Lyon Féminines) wins a free kick in the defensive half.

Attempt missed. Asisat Oshoala (Barcelona Femenino) right footed shot from the left side of the box misses to the right.

Attempt saved. Claudia Pina (Barcelona Femenino) right footed shot from more than 35 yards is saved in the centre of the goal. Assisted by Lieke Martens.

Attempt missed. Patri Guijarro (Barcelona Femenino) header from the centre of the box misses to the left. Assisted by Mapi León with a cross following a corner.

Attempt blocked. Alexia Putellas (Barcelona Femenino) left footed shot from outside the box is blocked. Assisted by Patri Guijarro with a headed pass.

Irene Paredes (Barcelona Femenino) is shown the yellow card for a bad foul.

Ada Hegerberg (Lyon Féminines) wins a free kick in the defensive half.

Attempt blocked. Asisat Oshoala (Barcelona Femenino) right footed shot from the right side of the box is blocked. Assisted by Aitana Bonmatí. 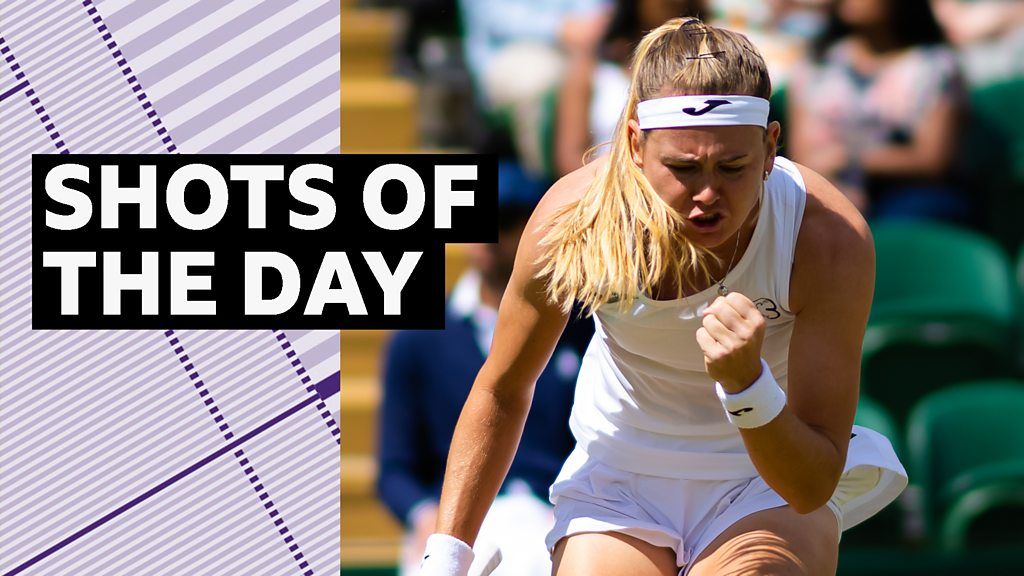 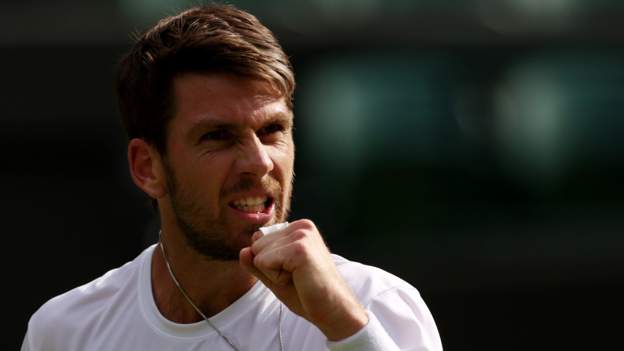