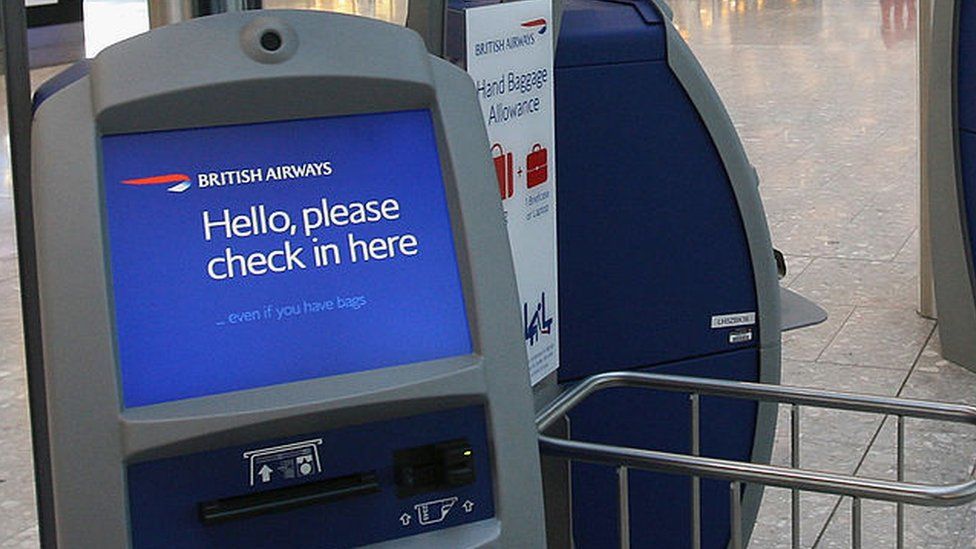 Hundreds of British Airways workers at Heathrow Airport have voted to go on strike over pay.

A total of 700 workers are set to walkout during the summer holidays, when demand from travellers is expected to return to pre-pandemic levels.

The unions said the strike was due to a 10% pay cut imposed during the peak of the pandemic not being reversed.

It is understood that if strikes go ahead BA, which operates from terminals three and five at Heathrow, has plans to cover staff, including managers potentially dealing with check-ins.

However, there would still be disruption for passengers, especially at terminal five, leading to cancellations, which would be focused on routes with several daily flights.

The GMB claimed that while other British Airways workers have been given a "10% bonus, the check-in staff have had nothing".

British Airways has said it offered staff a "10% payment for this year which was rejected".

It said the pandemic had seen the business loss more than £4bn.

"We remain fully committed to talks with our trade unions about their concerns and we hope that together we can find a way to reach an agreement in the best interests of our people and our customers," BA said before the ballot.

Nadine Houghton, GMB national officer, said prior to the vote that staff had been "verbally and physically abused by angry passengers after British Airways' staff shortages and IT failures nearly brought the airport to a standstill".

"On top of that, they had their pay slashed during BA's callous fire and rehire policy. Now they want that money back," she said.

Ms Houghton said BA faced a "gruelling summer of travel chaos" if the strikes go ahead.

Tens of thousands of passengers have been hit by airport disruption and flight cancellations in recent weeks.

Hundreds of flights across the UK were cancelled during the week of the Platinum Jubilee and school half-term holidays, and concerns have been raised of further travel woes during the summer.

The disruption has been caused by several factors, but staff shortages has left the aviation industry struggling to cope with resurgent demand for overseas travel.

Heathrow Airport has increased its annual passenger forecast once again.

The UK's largest airport says it expects 54.4 million passengers to travel through its terminals, up by nearly nine million on the guidance it gave in December.