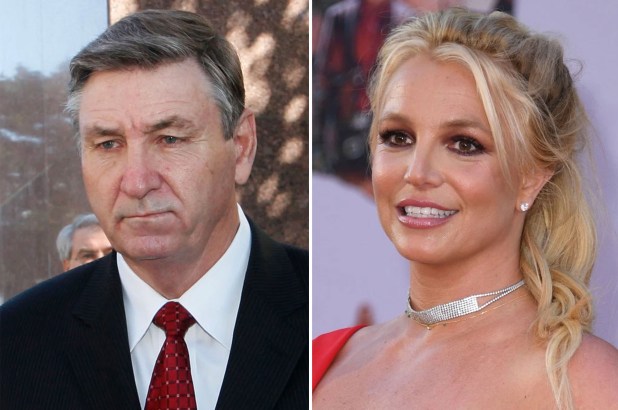 Britney Spears’ estranged father, Jamie Spears, filed a petition Tuesday to end the conservatorship that has controlled her life for the past 13-plus years, Page Six can confirm.

Jamie, 69, chalked his sudden change of heart up to “recent events related to this conservatorship,” seemingly referencing court hearings earlier this summer in which Britney, 39, spoke out against her legal situation.

Jamie indicated that his daughter’s “circumstances have changed to such an extent that grounds for establishment of a conservatorship may no longer exist.

Britney pleaded to regain control of her personal affairs and estate during the bombshell June 23 court hearing, which led to the resignation of her court-appointed attorney, Samuel D. Ingham III, whom she claimed had never informed her that the conservatorship could end.

During her 24-minute court testimony, the Grammy winner called Jamie, 69, an “abusive” conservator and laid out a number of accusations against him, including that he had forced her to go on tour in 2018 and sent her to a mental health facility against her will in 2019.

Jamie testified in June 2019 that his relationship with Britney “has always been strained.”AP

Britney also claimed her conservators have forbidden her from having her IUD removed and once put her on lithium “out of nowhere,” a drug she described as so strong that she “couldn’t even have a conversation” with her parents.

“I shouldn’t be in a conservatorship if I can work and provide money and work for myself and pay other people. It makes no sense,” argued the “Overprotected” singer, who performed a four-year, 248-show Las Vegas residency and judged a season of “The X Factor” while under the conservatorship.

Jamie was named Britney’s main conservator in February 2008 after her public breakdown and divorce from Kevin Federline, with whom she shares sons Sean Preston, 15, and Jayden James, 14. He shared the role with an attorney, Andrew Wallet, for many years.

Wallet resigned from the case in March 2019, and Jamie temporarily stepped down as Britney’s conservator of the person that September due to his ailing health. A licensed fiduciary, Jodi Montgomery, has been filling in for Jamie ever since, though he still oversees how Britney spends her multimillion-dollar fortune as the conservator of her estate.

Prior to her dad petitioning for the conservatorship’s termination, Britney had requested to have Jamie removed, with Ingham saying in November 2020 that his then-client was “afraid of her father” and would not perform again with him in charge.

More recently, during a July hearing, the “Crossroads” star told the judge that she wanted her dad to be charged with “conservatorship abuse.”

Jamie has denied mismanaging Britney’s life and career, saying on numerous occasions that he “loves” and “misses” his daughter.

The next hearing in the case is scheduled for Sept. 29.