Canada’s largest province declares state of emergency amid a rise in coronavirus infections and hospitalisations.

Canada’s most populous province is imposing a stay-at-home order, nearly one week after medical and public health experts recommended such a measure as COVID-19 cases and hospitalisations are surging.

Ontario Premier Doug Ford on Wednesday defended his government’s decision-making process, saying he is “listening to health and science” but could not predict such a steep rise in coronarivus variants and intensive care admissions.

The province put limited curbs in place during the weekend, but it has faced widespread criticism for failing to address the root causes of the surge, such as providing COVID-19 vaccines to hard-hit neighbourhoods and workplaces, as well as guaranteeing paid sick days for essential workers.

“Even the people that were showing us the charts and where we were going … the capacity at the ICUs and these variants have taken off even beyond what they told us,” Ford told reporters during a news conference. 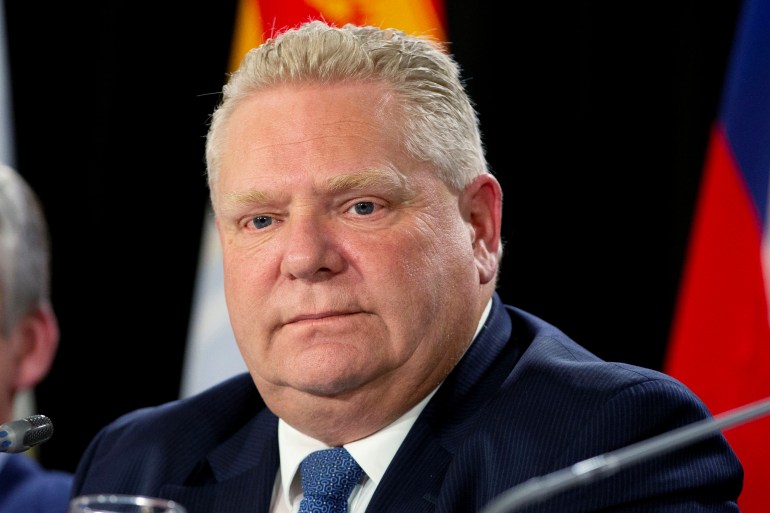 Right-wing Ontario Premier Doug Ford has faced growing criticism for his handling of the current wave of the pandemic [File: Carlos Osorio/Reuters]“And the second I found out yesterday, immediately I asked them to write up the orders,” said Ford, who also on Wednesday declared a state of emergency for Ontario – its third since the start of the pandemic.

The stay-at-home order will come into effect at 12:01am local time (04:00 GMT) on Thursday. It requires Ontarians to leave their homes only to get essential goods and services, or to go to work.

Non-essential retail stores will be closed except for curbside pick-up; stores deemed essential, such as pharmacies and groceries, will be allowed to sell only essential items; and residential evictions will be suspended, Ford said.

“To boil it down: folks, please, unless it’s for an essential reason, please stay home. We just need to hunker down right now. We need to limit mobility,” he said.

The province is also expanding access to COVID-19 vaccines to people aged 18 and older in hot spots in Toronto and the nearby Peel region, local media reported.

Dr Paul Roumeliotis, chair of the Council of Ontario Medical Officers of Health, said in a statement on April 1 that a stay-at-home order was “required to successfully prevent further cases and strain on Ontario’s acute care system as we continue to vaccinate more Ontarians”. 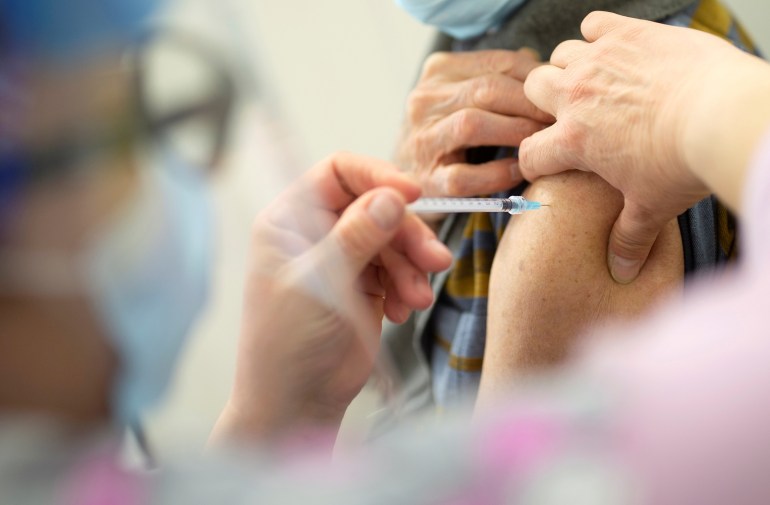 Canada has reported more than 1.03 million cases of COVID-19 to date, as the country tries to ramp up its vaccination effort to slow the spread of the virus [File: Christinne Muschi/Reuters]Earlier on Wednesday, the US Centers for Disease Control and Prevention (CDC) issued a warning against travelling to Canada, where it said the risk of COVID-19 was “very high” – the agency’s highest alert level.

“Because of the current situation in Canada even fully vaccinated travelers may be at risk for getting and spreading COVID-19 variants and should avoid all travel to Canada,” the CDC said on its website.

The warning came a day after Canadian Prime Minister Justin Trudeau warned that Canada, like other countries around the world, was “facing a very serious third wave” of the pandemic, as hospital ICUs are filling up and variants are spreading quickly.

The provinces of Quebec, British Columbia, Saskatchewan and Alberta also extended public health curbs in recent days in an effort to curb the spread of infection.

Canada has reported more than 1.03 million cases of COVID-19 and more than 23,150 deaths so far, according to a tally by Johns Hopkins University. 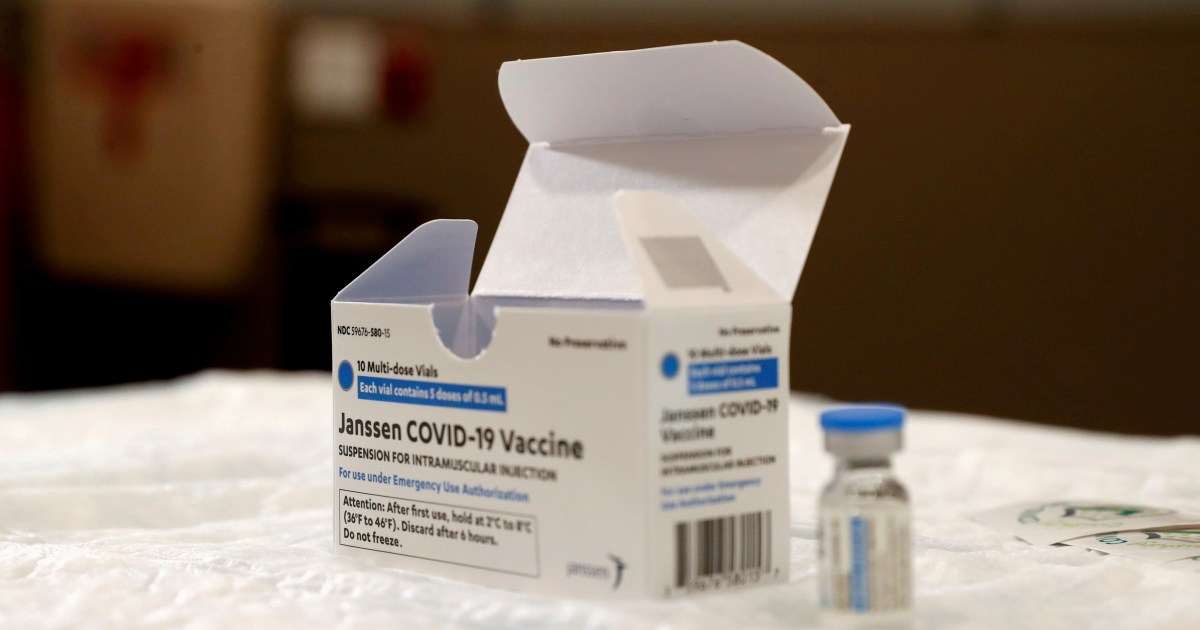 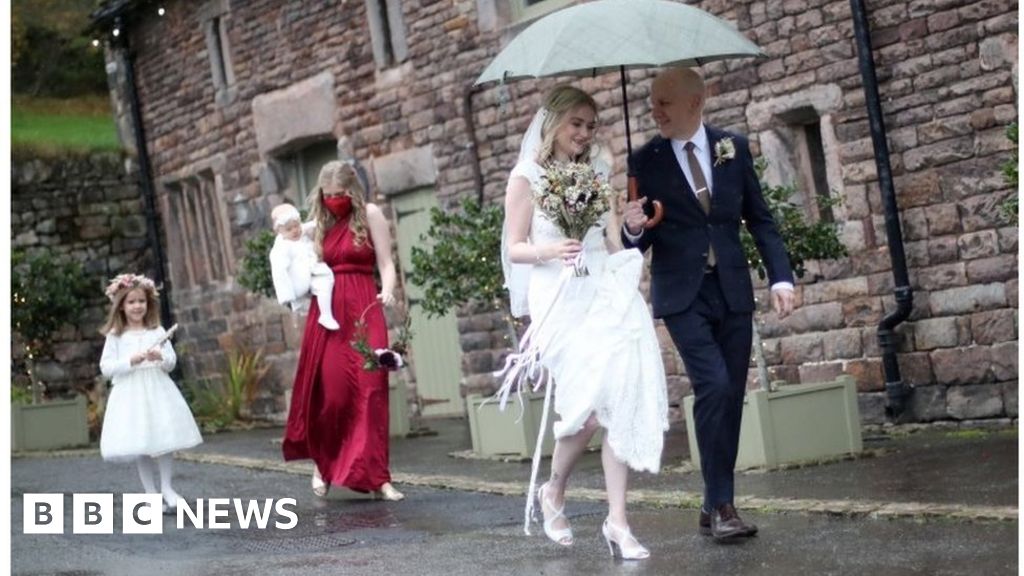 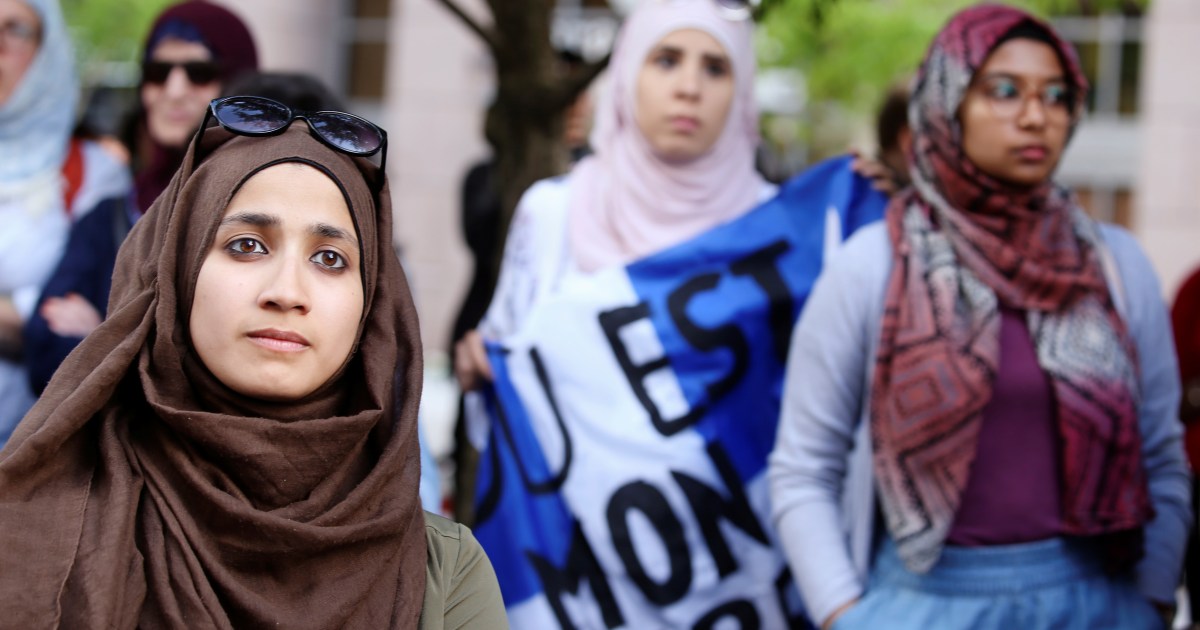