The news comes after hundreds of unmarked graves were discovered this year at former residential school sites in Canada.

Warning: The story below contains details of residential schools that may be upsetting. Canada’s Indian Residential School Survivors and Family Crisis Line is available 24 hours a day at 1-866-925-4419.

The newspaper reported on Monday that the documents would be handed over to the National Centre for Truth and Reconciliation, a research and education organisation at the University of Manitoba in central Canada.

Miller told the Globe that withholding the document breaches Ottawa’s “moral duty” to survivors of the schools, which more than 150,000 First Nations, Inuit and Metis children were forced to attend across Canada between the late 1800s and 1990s.

The children were stripped of their languages and culture, separated from siblings, and subjected to psychological, physical and sexual abuse.

Thousands are believed to have died while attending the facilities – and the discovery this year of more than 1,200 unmarked graves at several former school sites has prompted widespread calls to uncover the truth and seek accountability for what happened.

A federal commission of inquiry into the institutions, known as the Truth and Reconciliation Commission (TRC), concluded in 2015 that Canada’s residential school system amounted to “cultural genocide”.

The Native Women’s Association of Canada welcomed Monday’s report on the government records’ release, calling it “a monumental step towards Truth & Reconciliation”.

The government of Canada “has realized withholding the thousands of undisclosed residential school documents is against Ottawa’s ‘moral duty’ to survivors. Now we need full disclosure of records held by the Catholic Church”, the group wrote on Twitter.

The Globe and Mail said the federal government’s residential school records would be handed over in about 30 to 45 days.

Miller said they had not been previously disclosed “because of third-party obligations” to Catholic institutions. Though the Canadian government set up the residential school system, the Catholic Church ran the majority of the institutions.

“We need to work together with those Catholic institutions to achieve that closure for survivors,” the minister told the newspaper. 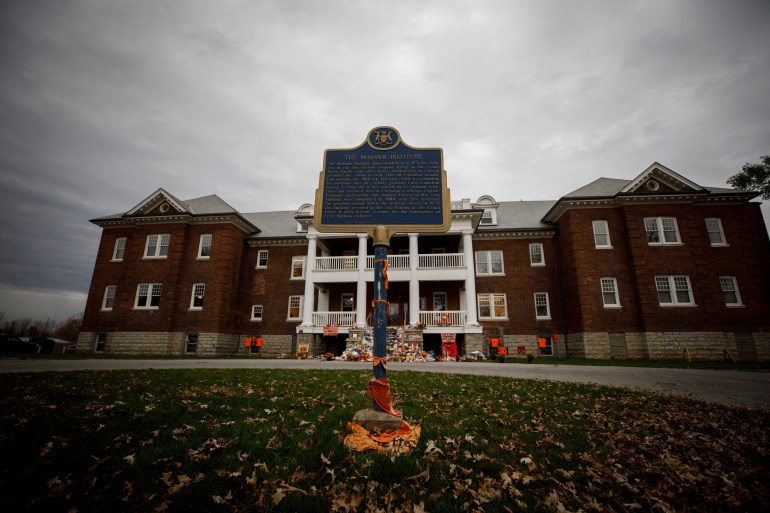 Searches are under way at sites of former residential schools in Canada after unmarked graves were discovered this year [File: Cole Burston/AFP]

Indigenous leaders and residential school survivors have called on the Catholic Church to release its own records into residential schools, and demanded that Pope Francis apologise for the abuses that occurred at institutions run by the church. So far, no apology has been offered.

The news of the federal government’s records release also comes as Inuit, Metis and First Nation delegates are expected to meet the pope at the Vatican later this month.

“The journey towards healing and reconciliation is a long one, but we believe this will be a significant milestone in the Catholic Church’s commitment to renewing, strengthening and reconciling relationships with Indigenous Peoples across the land,” Raymond Poisson, president of the Canadian Conference of Catholic Bishops, said about the meetings from December 17 to 20.

Some residential school survivors are demanding more than an apology, however.

“I want the pope to give me a plan,” Dakota elder and residential school survivor Wanbdi Wakita, from Sioux Valley Dakota Nation, recently told CBC News. Wakita suffered abuse at two residential schools in Manitoba that he attended for eight years, the Canadian broadcaster reported.

“Here’s all the wrongs, how are you going to right those wrongs? Put it on a piece of paper and sign it,” he said.

A monumental step towards Truth & Reconciliation, the #GoC has realized withholding the thousands of undisclosed residential school documents is against Ottawa's “moral duty” to survivors. Now we need full disclosure of records held by the Catholic Church.https://t.co/d1xmQJwTTH