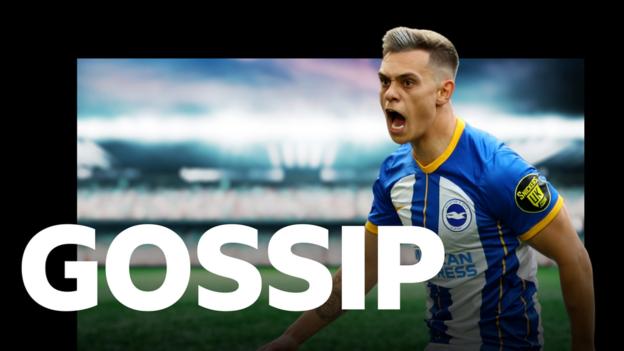 Chelsea are ready to open talks with Belgium forward Leandro Trossard, 27, whose contract at Brighton expires next summer. (Football Insider)

Real Madrid say it "would not make sense in our sports project" to bring Ronaldo back to the club for a second spell. (AS - in Spanish)

Brazilian side Flamengo are looking at whether they would be able to sign Ronaldo. (Veja - in Portuguese)

Ronaldo and Argentina's Paris St-Germain forward Lionel Messi, 35, could work together at the forefront of Saudi Arabia's 2030 World Cup bid, with the current tournament in Qatar expected to be their last. (Mirror)

Amancio Ortega, the owner of the Inditex empire that owns the fashion chain Zara, is interested in buying Manchester United. (Manchester Evening News)

Former Manchester United executive vice-chairman Ed Woodward has been approached by groups seeking to buy the club, asking him to act as a consultant. (Mail)

Inter Milan will extend the loan spell of Chelsea's Belgium striker Romelu Lukaku, 29, by another year. (Sky Sport - in Italian)

Chelsea are interested in signing Porto keeper Diogo Costa, who has a release clause of 75m euros, while Manchester United are also monitoring the 23-year-old Portugal international. (Relevo - in Spanish)

Arsenal are concerned about keeping hold of their Spanish manager Mikel Arteta, 40, because Barcelona have set their sights on making their former youth player their future coach. (Sport - in Spanish)

France midfielder Adrien Rabiot, 27, says the World Cup can help him earn a new contract at Juventus, where his current deal expires in the summer, or a move elsewhere. (La Repubblica - in Italian)

A growing number of clubs believe Germany striker Youssoufa Moukoko, 18, is ready to leave Borussia Dortmund when his contract expires at the end of the season. (90 min)

Real Madrid's Brazil forward Rodrygo, 21, may have to pay a termination clause of 7m euros (£6m) after splitting from his agent Nick Arcuri. (Sport - in Spanish)

Barcelona are shifting their focus from new signings to contract negotiations with the club's most talented young players at the turn of the year. (Mundo Deportivo - in Spanish)

Championship side QPR are expecting manager Michael Beale to leave the club to take over as the new boss of Scottish club Rangers. (Talksport)

History-making Ronaldo a 'phenomenon' and 'legend'Wales eye historic victory while England seek qualificationVisit your Premier League club's page with all the latest news, analysis and fan views, and sign up for notificationsThursday's gossip column 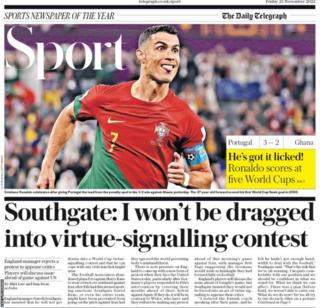