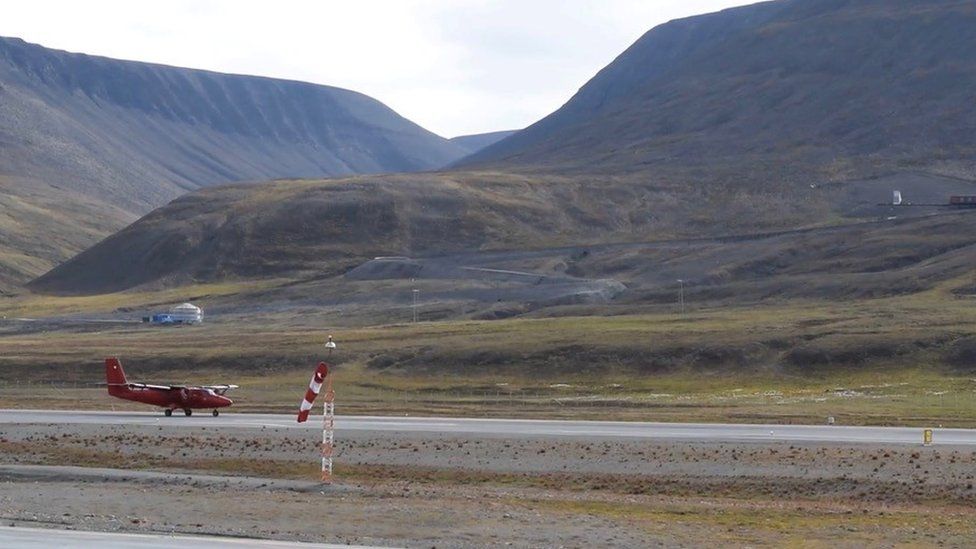 Researchers from the University of Reading are "chasing" Arctic cyclones over the sea ice, north of Norway.

The team of scientists - together with a specialist pilot - are trying to fly their small research aircraft through summer cyclones at very low levels.

Their measurements will build a picture of how storms interact with sea ice.

"These are major weather systems in the Arctic," explains Prof John Methven. "They can blow the ice around very rapidly and result in rapid ice loss."

The cyclones' passage triggers a two-way process, the Reading University meteorologist explains: the storms affect the ice, while simultaneously, the ice roughness, temperature and movement impact how the storms behave.

"This interaction is probably the weakest link in our forecasting models [of Arctic weather and climate]," says Prof Methven.

PhD student Hannah Croad told BBC Radio 4's Inside Science that - in order to capture the interaction between storm and ice - the research flights often has to be less than 100m (300ft) above the sea ice itself.

"We can't have weather stations on the ice,"

"And with climate change and the ice getting thinner, we're going to get more human activity - more shipping - in this region. So there's a need for more accurate forecasts."

Using instrumentation on board the plane, the team will measure wind speed, cloud cover and turbulence by flying directly through Arctic cyclones.

Prof Methven has studied cyclones for more than a decade, but says this is the first aircraft experiment targeting Arctic summertime cyclones.

"The Arctic is changing rapidly as a result of human-induced global warming," he said. "And the extent of the Arctic sea ice has reduced dramatically in summers since the 1990s.

"It [the ice] used to be be right against the coast in Svalbard and in the last couple of decades it's really retreated," he says. "Now the edge of the sea ice is almost 400km from here.

The aircraft is a miniature meteorology lab

That change, and the fact that the thinner ice is so much more mobile and dynamic - is also expected have an impact on the behaviour of Arctic cyclones.