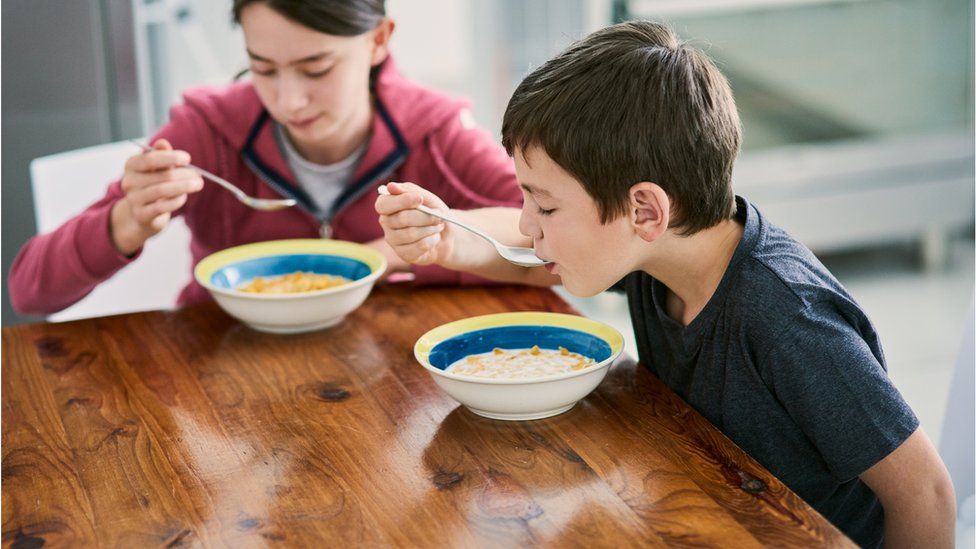 The rate at which prices rose in September has returned to a 40-year high as a BBC survey uncovers growing concern about the squeeze on finances.

The price of cereals, milk and cheese all went up along with energy bills and transport costs.

Some 85% of those asked are now worried about the rising cost of living, up from 69% in a similar poll in January.

As a result, nine in 10 people are trying to save money by delaying putting the heating on.

The rising cost of food, fuel and energy dominate fears about rising costs, the survey of 4,132 shows.

Almost half of people (47%) polled in the Savanta Comres survey for the BBC said that energy bills were the most significant increase in cost seen by their household.

Nearly nine in 10 of those asked were turning lights off to save money in the last week, as well as turning electrical goods off standby.

The survey was conducted earlier this month before Chancellor Jeremy Hunt reversed some tax cuts, said support on energy bills would be limited for some, and warned of further government spending cuts.

But more than half of those polled (56%) expect their financial position to worsen in the next six months. It was 30% in January.

Two-thirds of renters who were asked said it had been difficult to pay for essential costs in the last six months. A similar proportion of everyone surveyed said that government support was insufficient to help people with the rising cost of living.

The cost of living is currently increasing at nearly its fastest rate in 40 years, driven by sharp price rises in energy and food costs.

Food and energy prices have been going up around the world following Russia's invasion of Ukraine which has disrupted production and exports, as well as pushing up prices at supermarket tills.

September's inflation figures are usually used to calculate next April's rise in the state pension in the UK and the increase in some benefits. It is unclear if the government still intends to stick to this policy or cut down on spending by increasing payments by a lower level by linking the increase to wages instead.

Over half (52%) of UK adults say it has already been difficult for their household to pay essential household costs in the last six months.

People are changing their spending habits to help them cope, cutting back on clothes spending for themselves and their children, taking fewer day trips as well as travelling less to meet up with family or friends, the BBC survey shows.

People are also putting off big purchases such as buying a new car, sofa or TV or renovating their homes.

Among UK adults worried about the cost of living, two thirds have also said this is having a negative effect on their mental health.

Bushra told the BBC she can no longer afford gym membership, so attends free sports sessions at her local community centre.

The rising costs of living also means plans for a stairlift for her disabled daughter have been put on hold, as it would have cost thousands of pounds.

"I'm unable to work at the moment but the electric bill is really high," she says. "I'm constantly having to explain to the children to close doors, or else we will lose heat. Children sometimes just don't understand."

In Chancellor Jeremy Hunt's emergency announcement on Monday to cut back government spending, the help to limit energy bills rises for households was cut back from two years to six months.

The Treasury will review support given from April, but Mr Hunt said there would be "a new approach" targeting those in the most need.

A spokesman for the Treasury said the government had reversed the rise in National Insurance and made changes to help people on universal credit.

"Countries around the world are facing rising costs, driven by Putin's illegal war in Ukraine, and we know this is affecting people here in the UK," he said.

"That is why we have taken decisive actions to hold down bills this winter through the Energy Price Guarantee and provided at least £1,200 of additional cost-of-living support to eight million of the most vulnerable households."