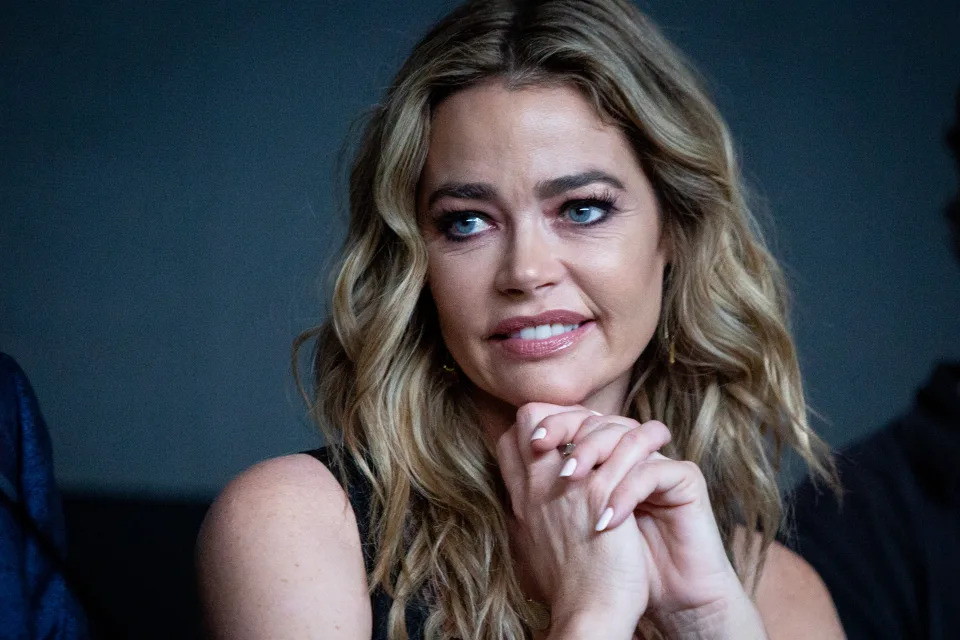 Actress Denise Richards was involved in a road rage incident after a car shot at her and husband Aaron Phypers. (Photo: Getty Images)

Denise Richards is shaken but otherwise uninjured after she was the victim of a road-rage shooting incident in Los Angeles on Monday, Yahoo Entertainment confirms. The actress was on her way to set with husband, Aaron Phypers, when someone in a nearby car fired at them. A bullet hit the back of their truck.

TMZ, which broke the story, posted a photo that appears to show a bullet hole near the back of the driver's side of the couple's vehicle. Phypers was reportedly behind the wheel and having trouble finding the studio where Richards was set to film. The driver of a car behind them became frustrated and shouted at them as the person squeezed in front of them. Phypers let the driver in. The man then shot at the pair's truck. Fortunately, no one was injured.

The Wild Things star was rightfully rattled when she arrived to set and was sobbing, according to TMZ's report. However, she powered through and filmed for 12 hours.

A rep for Richards had no further comment at this time.

Richards and Phypers celebrated their fourth wedding anniversary in September. The 51-year-old actress and Phypers showcased their laidback relationship during her two-season stint on The Real Housewives of Beverly Hills. He runs a holistic healing center in Malibu, Calif.