Documentary on femicides in Turkey is UK’s Oscars nomination

Istanbul, Turkey – A documentary chronicling the efforts of activists working to end violence against women in Turkey has been chosen as the United Kingdom’s official entry for the Best International Feature Film category at the Academy Awards.

Dying to Divorce, which was produced by Turkish and British filmmakers and took five years to shoot, was released in UK cinemas last week.

It follows the work of lawyer Ipek Bozkurt and activist Aysen Ece Kavas who meet women survivors of gender-based violence in order to help them and their families seek justice through a labyrinthian Turkish criminal system. 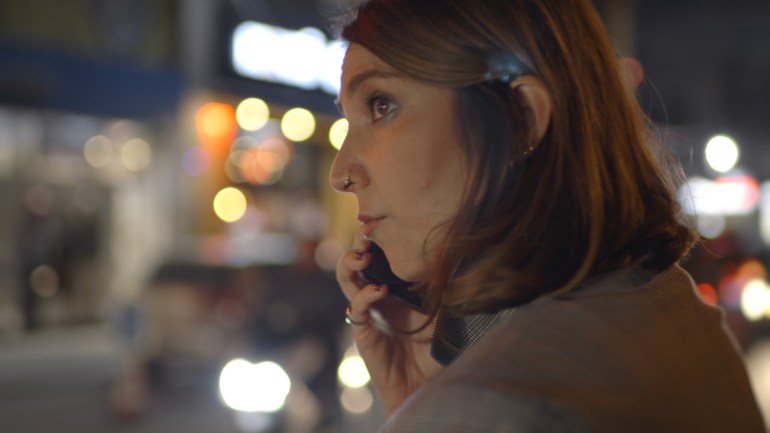 As the film points out, many of the victims of violence in Turkey are in fact mothers [Screengrab from film ‘Dying to Divorce’]

Bozkurt and Kavas are part of the We Will Stop Femicides Platform, which tracks violence against women in Turkey. The organisation also helps mobilise support for victims and apply public pressure by showing up at trials and organising rallies around cases.

So far in 2021, men in Turkey have killed 285 women, according to the platform – on course to exceed the 300 who were killed last year.

Violence against women has often captured headlines in Turkey, but women’s rights activists say the country’s legal system has failed at following through prosecutions and sentencing of the perpetrators. The failure, they say, is a result of a top-down narrative that blames women who choose an independent life.

Along with seeking to point out the relationship between politics and violence against women, the 81-minute film offers a close look beyond statistics – specifically, at the painstaking physical and emotional toll on two women.

One is Kübra Eken, a television news anchor, who suffered a brain haemorrhage after her husband brutally hit her on the back of the head two days after giving birth to their first child. It took years of treatment and therapy for Eken to regain some mobility and speech.

The other is Arzu Boztas, a mother of six, who decided to divorce her husband after she learned he had raped an underage neighbour and then sought to take her as a second wife. One day, the husband told Boztas to send the children away, then showed up with a shotgun, made her lie on the ground and shot her at point-blank range in each arm and leg. Civil society in Turkey, not just women’s rights groups, have been gutted in the past five years [Screengrab from film ‘Dying to Divorce’]

British director Chloe Fairweather said she decided to make Dying to Divorce after seeing a meeting of Boztas with Kavas, the activist. “I had not been quite prepared for the extremity of the violence that happened to her, but I was also really struck by Arzu,” Fairweather said.

“She was so strong in a way and so committed to rebuilding her life … I was motivated then to get her story out there.”

The film follows Boztas and her family, including her father who regrets having married her off at the age of 14, as they seek to ensure her ex-husband is properly prosecuted.

Later in the feature-length documentary, the former husband explains from prison that he does not regret shooting Boztas, saying she was not a good mother to their children. “We should kiss the soles of the feet of such mothers, that’s what our president says,” he says, in reference to a 2014 speech by President Recep Tayyip Erdogan about women and motherhood that is shown early in Dying to Divorce. “I would not have gone so far, but she insulted my pride and honour,” the ex-husband adds.

But as the film points out, many of the victims of violence in Turkey are in fact mothers. Boztas waits to see her six young children until she has regained some independence. Doctors are able to restore some use of her arms, but the damage caused by the shotgun wounds to her legs is too widespread, and her legs are amputated. In one scene, after years of rehabilitation, she is fitted with artificial legs, and she shows them to her children.

“When I look in the mirror now, I see my old self,” Boztas says. “A strong, well-kept, charismatic, sturdy mother.” Her children crowd around her. She no longer has feet for them to kiss, but they hug her artificial legs.

“During the course of the shooting, we got used to each other, to know each other,” producer Seda Gokce told Al Jazeera. “You can sense it, the documentary is getting more direct and more sincere.” 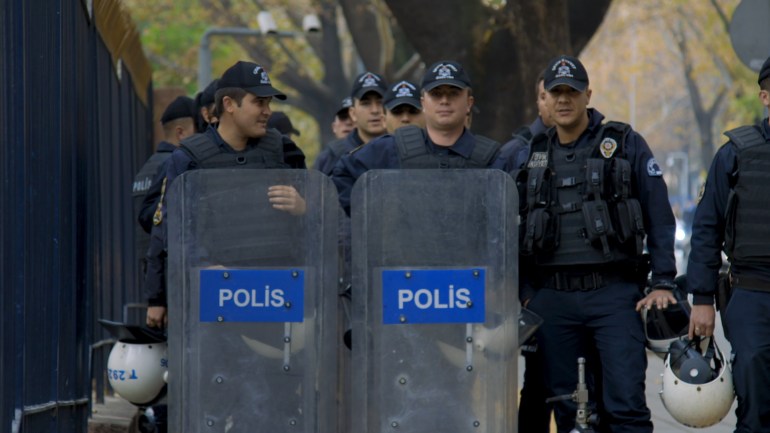 The hundreds of femicides occurring in the country each year touch the pious and secular, the wealthy and the poor.

“These murders are not specific to one part of the society,” Bozkurt, the lawyer, says in the film on the way to meet another client. “Violence is where a woman wants to have a modern life, where a woman wants to make a personal choice, so violence is not about lower education and financial deprivation or anything, it’s actually about a woman’s decision and men trying to suppress and prevent that decision-making process.”

The documentary’s look at what drives violence against women, Fairweather said, is one that viewers outside Turkey will also find familiar. “When I was making the film, I never felt it was an extreme or otherising situation,” she said. “It is extreme when you look at what Arzu experienced, but the way in which women are not protected, not heard, I think that is a situation you can see in many countries.”

The decision to not shy away from the politics of femicide and the pressure civil society is under in Turkey, kept the film from being screened this year at the Istanbul Film Festival, the country’s most prestigious film festival, Gokce said. While the festival’s organisers took the time to call and say they were impressed by the film, Gokce said they declined to show it, saying, “because of the political atmosphere in Turkey, it was not wise for them to screen it.”

Al Jazeera reached out for comment to the Istanbul Culture and Arts Foundation, which puts on the festival, but did not receive a reply by the time of publication.

As the filmmakers await word if they will be shortlisted for an Oscar nomination – a decision is expected later this month – Gokce said they are focusing on having more women in the country and outside watch it.

“The most important thing is to reach out to women in Turkey and all around the world because the issues that we are discussing in the documentary are not issues just only for Turkey.”