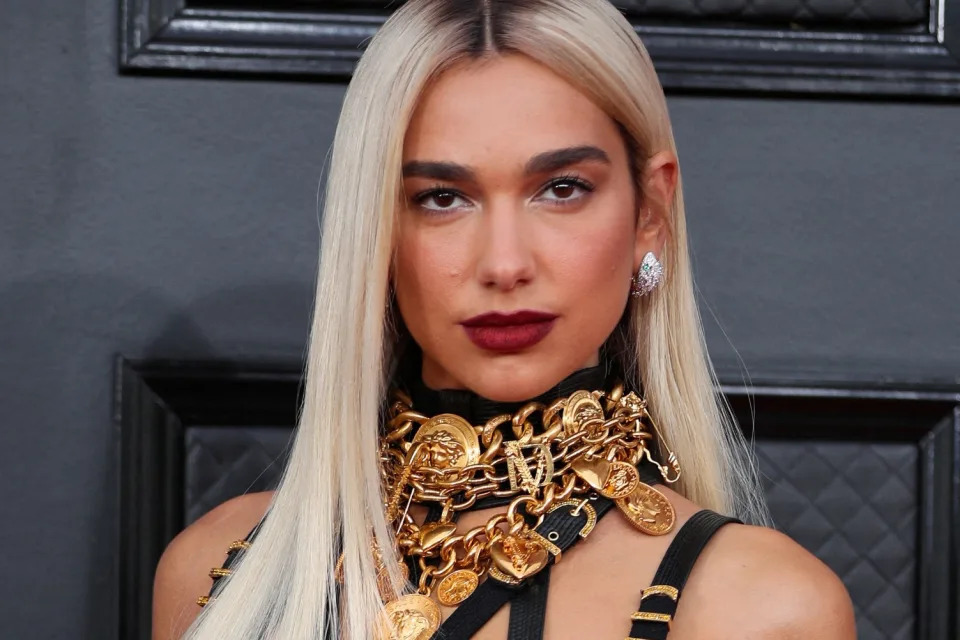 Dua Lipa is clearing up speculation that she'll be performing at the World Cup in Qatar, which will kick off later this month.

In a message posted to her Instagram Stories on Sunday, the British pop star told fans that she will not appear at the FIFA event, which has drawn calls for boycott. As Yahoo Sports has previously reported, the treatment of migrant workers in Qatar has raised concerns about human rights violations, while the LGBTQ community has also criticized the country's laws against gay sexual relations.

"There is currently a lot of speculation that I will be performing at the opening ceremony of the World Cup in Qatar," Lipa, 27, wrote. "I will not be performing ... nor have I ever been involved in any negotiation to perform."

While the singer is not fully boycotting the games — noting that she "will be cheering England on from afar" — she made reference to human rights concerns.

"I look forward to visiting Qatar when it has fulfilled all the human rights pledges it made when it won the right to host the World Cup," she added. 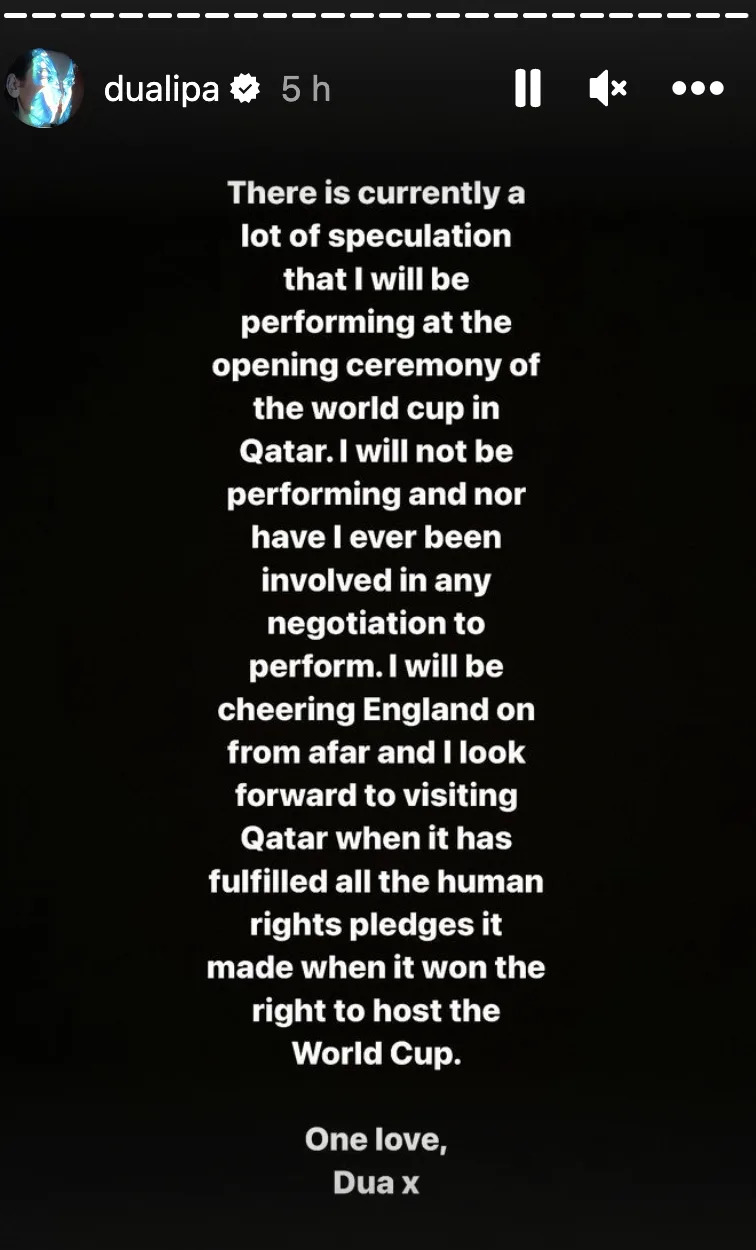 Lipa hasn't shied away from taking political stands. In 2018 the "One Kiss" singer said she was "horrified" that concert-goers waving LGBTQ fans were ejected by security during a Shanghai show. And last year she blasted an "appalling" ad placed in the New York Times that accused her, and then-boyfriend Anwar Hadid's sisters Gigi and Bella Hadid, of antisemitism.

"I utterly reject the false and appalling allegations," she wrote on social media in response to the controversial ad from Rabbi Shmuley Boteach's World Values Network. "This is the price you pay for defending Palestinian human rights against an Israeli government whose actions in Palestine both Human Right Watch and the Israeli human rights group B'Tselem accuse of persecution and discrimination."

And she's not the only musician with strong feelings about Qatar. In a new interview with the Sunday Times, Rod Stewart revealed that he'd refused an opportunity to play in the country,.

“I was actually offered a lot of money, over $1 million, to play there 15 months ago,” Stewart said. “I turned it down. It’s not right to go. And the Iranians should be out too for supplying arms.”