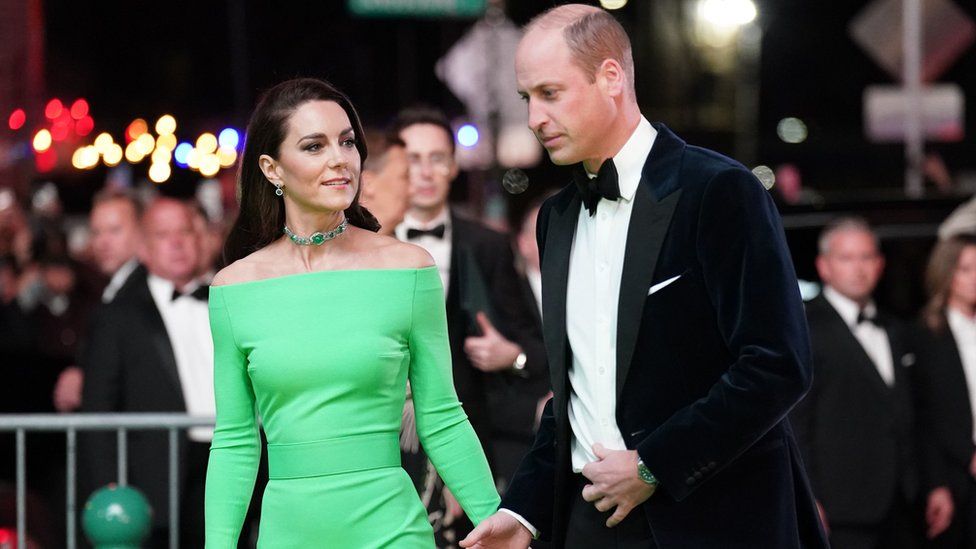 Childhood friends in Oman who figured out how to turn carbon dioxide into rock are among five winners chosen for the Prince of Wales's prestigious Earthshot Prize.

The annual awards were created by Prince William to fund projects that aim to save the planet.

Each winner will receive £1m ($1.2m) to develop their innovation.

Prince William announced the winners on Friday at an awards ceremony in Boston in the US.

"I believe that the Earthshot solutions you have seen this evening prove we can overcome our planet's greatest challenges," Prince William said during the ceremony.

"By supporting and scaling them we can change our future," he said.

The winning projects are based in Kenya, India, Australia, the UK and Oman.

Talal Hasan is the founder of 44.01, a project that promises to turn carbon dioxide into rock

This is the second set of Earthshot Prizes awarded, after the first ever awards last year. The prize's name refers to the "Moonshot" ambition of 1960s America by then-President John F Kennedy, who pledged to get a man on the Moon within a decade.

Five Earthshot Prizes of £1m ($1.2m) are being awarded each year until 2030 in support of environmental innovation projects for the future. Nominations for the 2023 prize open up on 5 December.

William and Catherine handed out awards to the five winners during a star-studded ceremony in Boston on Friday - with celebrities there including Billie Eilish, Annie Lennox, Ellie Goulding, Chloe x Halle and David Beckham.

Who are the winners?

Mukuru Clean Stoves, Kenya: Kenya's Mukuru Clean Stoves is a female-founded business with mostly female staff. They produce stoves that are fired by processed biomass made from charcoal, wood and sugarcane instead of solid fuels, which can lead to air pollution and accidents that claim four million lives each year, the Earthshot Prize said.

Kheyti, India: In India, Kaushik Kappagantulu's Greenhouse-in-a-Box helps small-hold farmers protect their crops from extreme weather and pests, in a country that has been severely impacted by climate change.

Notpla, United Kingdom: A waste-free solution from the UK was also among the winners, where Pierre Paslier and Rodrigo Garcia Gonzalez have been able to create natural, bio-degradable plastic made out of seaweed.
Australia: The Indigenous Women of the Great Barrier Reef in Australia were chosen for a programme that has trained over 60 women in both traditional and digital ocean conservation methods.
44.01, Oman: In Oman, Talal Hasan's project 44.01 promises to turn carbon dioxide into peridotite, a rock that is found in abundance both in Oman and globally, including the US, Europe and Asia. It offers a low-cost and safe alternative to traditional methods of storing carbon, which include burying it underground in disused oil wells.

Talal Hasan, founder of 44.01 said winning the Earthshot Prize was "a proud moment" for his team.

"We started 44.01 two years ago because we saw the very real impact of climate change here in Oman," he said.

"Winning the Earthshot Prize will help us scale our solution around the world, and ultimately eliminate billions of tonnes of CO2. Climate change is the greatest challenge we have ever faced but being part of this amazing group of finalists give us hope."

Charlot Magayi, the CEO of Mukuru Clean Stoves, said 200,000 households in Kenya have had access to her product since she launched the business in 2017.

"The Earthshot Prize is going to help us reach one million households," she added.

David Beckham arrived at the prize ceremony in Boston

Pierre Paslier, co-founder of the London start-up Notpla, said when the project started eight years ago in a student kitchen, "we would have never imagined we would be here today".

"No one wants to live in a world full of plastic waste but it's not too late to act," he said.

The ceremony is due to be broadcast at 17:30 GMT on Sunday on the BBC in the UK, and on Monday in the US.

Earlier on Friday, Prince William met US President Joe Biden as part of the royal couple's three-day trip to the US. It is Prince William and Catherine's first big international appearance since the death of the Queen.

However, the high-profile trip has been overshadowed by a racism row involving William's godmother, Lady Susan Hussey, a key member of the Royal Household, resigned after repeatedly asking a black British charity boss where she was "really" from.

Prince William's spokesperson has said "racism has no place in our society".