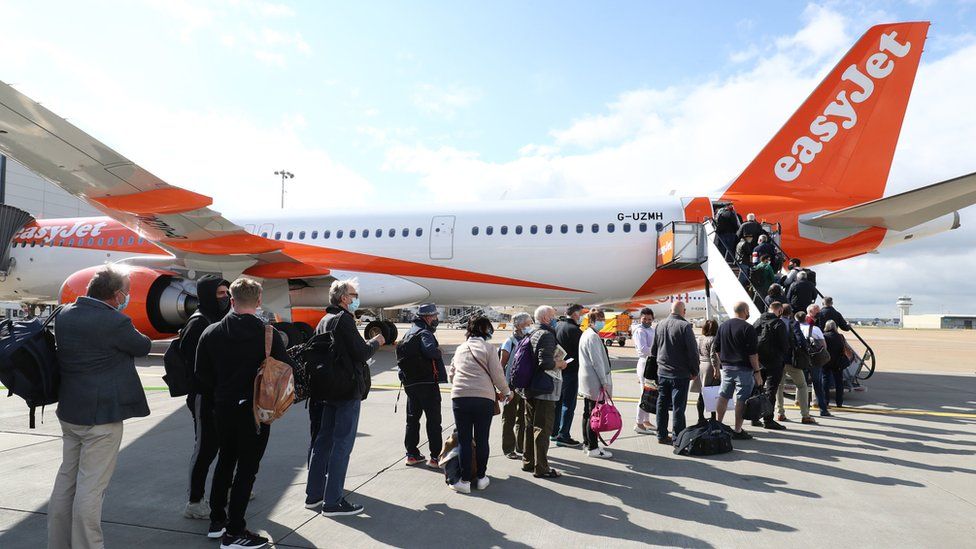 EasyJet's chief operating officer has resigned after a series of flight cancellations and disruption at the airline in recent weeks.

The airline said Peter Bellew had resigned "to pursue other business opportunities" and wished him well.

It comes after thousands of EasyJet flights have been cancelled - some at short notice.

Trade union Unite last month criticised a "lack of leadership" at the airline and urged Mr Bellew to "take control".

He said the role of interim chief operations officer would be in the "very capable hands of" David Morgan "who will provide strong leadership for the airline this summer."

Mr Morgan has been with EasyJet since 2016 and is currently director of flight operations. He had previously led overall operations at the airline, as interim chief operating officer in 2019.

The aviation sector shed thousands of jobs during Covid pandemic, but is now struggling to meet the rebound in demand for travel.

EasyJet has been one of the worst hit for cancellations in recent months. It has axed thousands of flights, including many on the day they were due to depart.

Late last month it said it would be making some cancellations over the summer, to build in more resilience and in response to caps imposed by London Gatwick and Amsterdam Schiphol airports.

It said this gave customers advance notice and potential to re-book.

While it will have made use of the government's slot "amnesty" as part of this plan, EasyJet said it would not be announcing any further cancellations this week. It said the last affected customers would be told on Monday.

The airline said the majority of its flights were unaffected by the cancellations, with it continuing to operate up to 1,700 flights a day.

Shares in EasyJet, which have fallen back to the lows of March 2020 at the start of the pandemic, were trading down almost 3% after the announcement - making it one of the biggest fallers on the FTSE 250 index.

More cancellations from a raft of airlines are expected this week as the government has given carriers until Friday to announce changes to their schedules without facing a potential penalty.

The move is an attempt to minimise disruption during the peak summer holiday season.

Do you work at an airport? Do you have a summer holiday coming up? Email haveyoursay@bbc.co.uk.