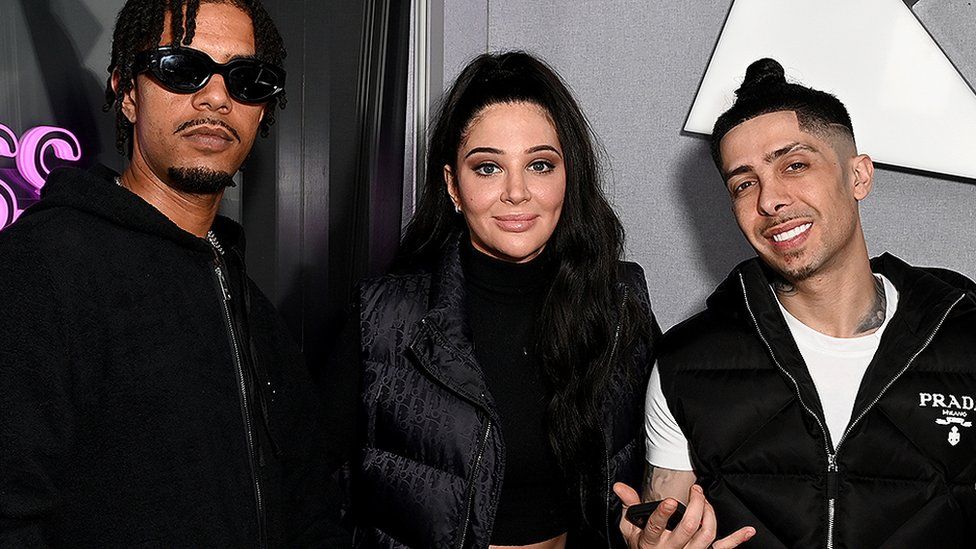 The group recently announced their return after 11 years

Fans were left angry and disappointed after N-Dubz were forced to cancel a show "at the very last minute".

The concert, at the Motorpoint Arena in Nottingham, was part of the group's The Back To The Future tour following their recent return after 11 years.

The cancellation was announced after support acts had performed and the audience had taken their seats.

N-Dubz apologised but said singer Dappy had been advised by doctors to rest and would be unable to perform.

Hours before the show, Dappy posted on his Instagram story that his voice was "basically gone" as a result of doing "too many shows back to back".

In a separate story post, he later said: "I'm so sorry Nottingham".

IMPORTANT ❗️ We are very sorry to announce that due to artist illness, tonight’s performance has been postponed & will be rescheduled. We understand the frustration & inconvenience caused by this late announcement. Full info will be available tomorrow from official channels pic.twitter.com/Yl6gZ7Dpng

But the cancellation was not confirmed by the venue until fans had watched the support acts, with an announcement displayed on a large screen on the main stage.

Some social media users described the news as "appalling" and a "joke".

Others asked why fans had been allowed to arrive and the other acts to go ahead if they had been aware of Dappy's condition.

Later, on social media, N-Dubz wrote: "We're so sorry we had to cancel the show tonight.

"We tried to do everything possible to make the show happen, but a doctor advised at the very last minute that Dappy was unable to perform and needed to rest tonight.

"The O2 Arena show tomorrow [23 November] and the rest of the tour will still be going ahead. We will make a further statement after Dappy has seen the doctor again tomorrow morning."