As the original Fresh Prince, Will Smith attempts to put his Oscar night slap in the rearview as Peacock is moving forward with Season 2 of Bel-Air, the buzzy fish-out-of-water drama based on the classic '90s sitcom. NBCUniversal's streaming service unveiled a teaser trailer for the show's sophomore year a day after Apple TV+ unveiled the latest look at Smith's Oscar-contender, Emancipation. While the Oscar-winning King Richard star isn't referenced in the 45-second spot, it's clear that Season 2 hasn't severed its connection from the earlier show. (Watch the teaser above.)

Bel-Air's well-reviewed freshman season wrapped up with West Philly-to-Bel Air transplant, Will (Jabari Banks), meeting his long-absent father, Lou, played by Marlon Wayans — a part played by Ben Vereen in the ’90s version. Funnily enough, Banks told Yahoo Entertainment earlier this year that he wanted Smith himself to play Will's dad in a bit of full-circle casting. "It'd be interesting to see him as my dad," the young actor remarked. 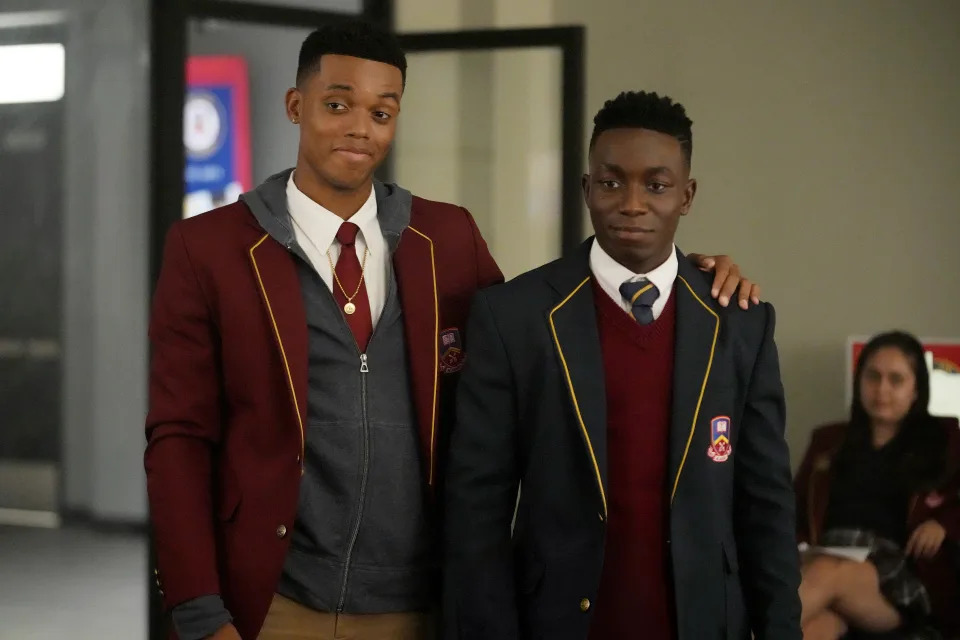 Will (Jabari Banks) and Carlton (Olly Sholotan) get ready for more drama in Season 2 of Bel-Air. (Photo: Casey Durkin/Peacock)

Based on Peacock's Season 2 synopsis, it sounds like Lou might be sticking around Bel-Air for awhile, and his presence appears likely to spoil the good thing that Will has going on with Aunt Viv and Uncle Phil (Cassandra Freeman and Adrian Holmes). "Last season was very much about the introduction to the Banks family world, and this season we get to go deeper with some of the themes we touched on," incoming Bel-Air showrunner, Carla Banks Waddles, remarked in a statement. "We’ll also explore Will’s character beyond feeling like a fish-out-of-water. He’s now struggling to find a balance of maintaining his independence and his West Philly identity while also being open to new opportunities for himself in Bel-Air."

And just as Season 1 touched on timely real-world issues — including colorism and code-switching — Season 2 will also speak to the moment. In the background of one shot, Will stands on the roof of his school above a "Black Teachers Matter" banner while Banks's voiceover references what it means to "disturb the system."

"We've all got choices to make," Will concludes. "But this time, no one choose for me."

Speaking with Yahoo Entertainment ahead of Bel-Air's freshman season premiere in February, creator Morgan Cooper — who directed the viral 2019 short film that caught Smith's eye and inspired the series — said that the previous Fresh Prince was a sounding board during the show's first year. "He was always one text away for advice," said Cooper. "He's really allowed us to do our own thing, and has given us the trust on the creative side. I can't say enough about our collaboration. He's brilliant, and I'm thankful to know him."