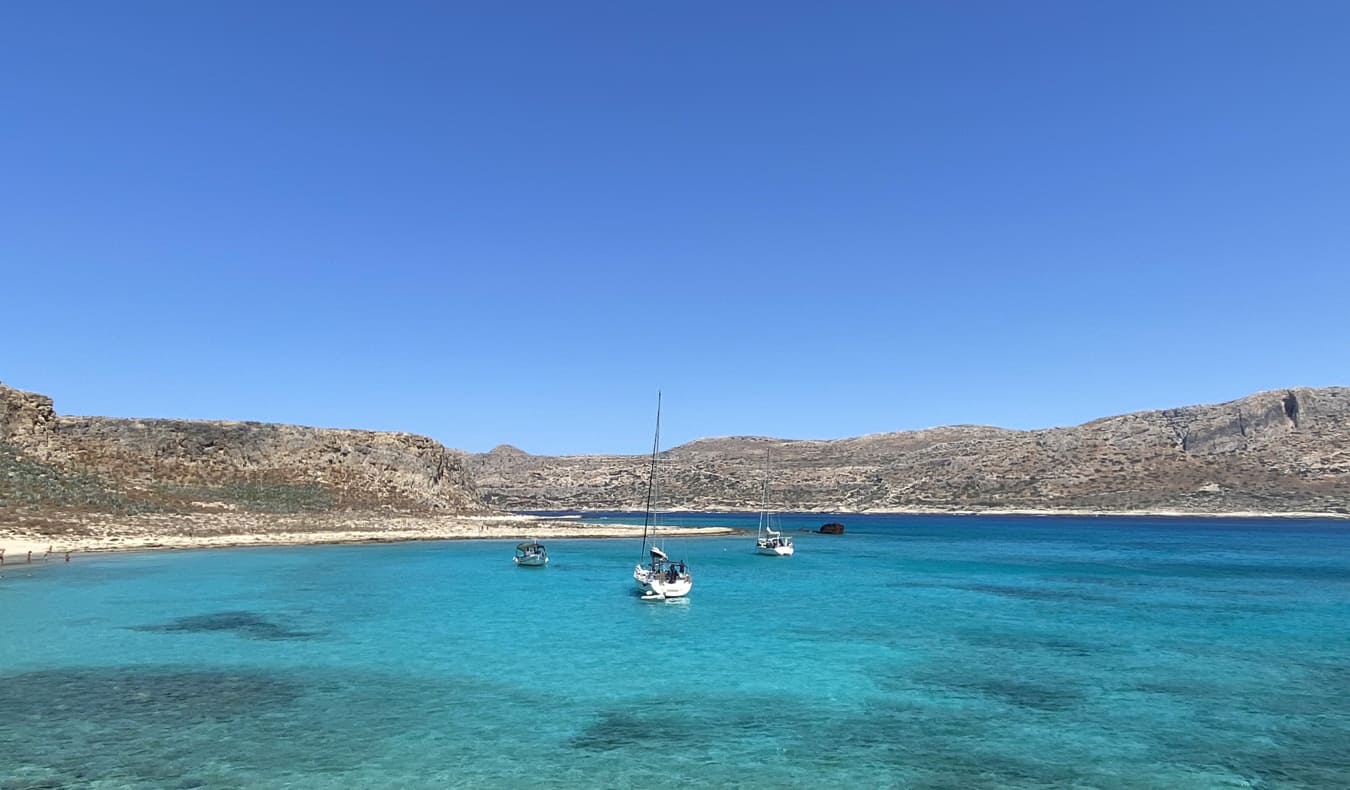 When I was younger, I wanted to be an archaeologist. I was into Indiana Jones, the ancient world, and all those myths and legends supposedly based on “history.” My grandmother loved that stuff, and she instilled in me a love of it too. Could King Arthur be real? Did Jesus have a daughter? Have aliens visited Earth? Was Atlantis real? Who knew?!

But, to my bored early-teen, suburban self, I daydreamed that, maybe as a real-life Indiana Jones, I’d find out.

I was especially fascinated by the Minoans, a civilization that flourished from 3000 to 1100 BC on the island of Crete, peaking from 1600 to1400 BC. They were a powerful society, with running water and toilets and aqueducts long before the Romans. The myths of Minos, the Minotaur, and Daedalus? That’s all from the Minoans. They are also often thought to be one of the possible origins of the Atlantis myth.

Beyond the Minoans, I knew little of Crete beyond what I had gleaned from articles and general common knowledge. I knew it made its own style of wine, a lot of olive oil, was famous for its beaches and, of course, all the historic ruins. But I couldn’t really tell you much more than that and, even those things I only knew in the vaguest terms. 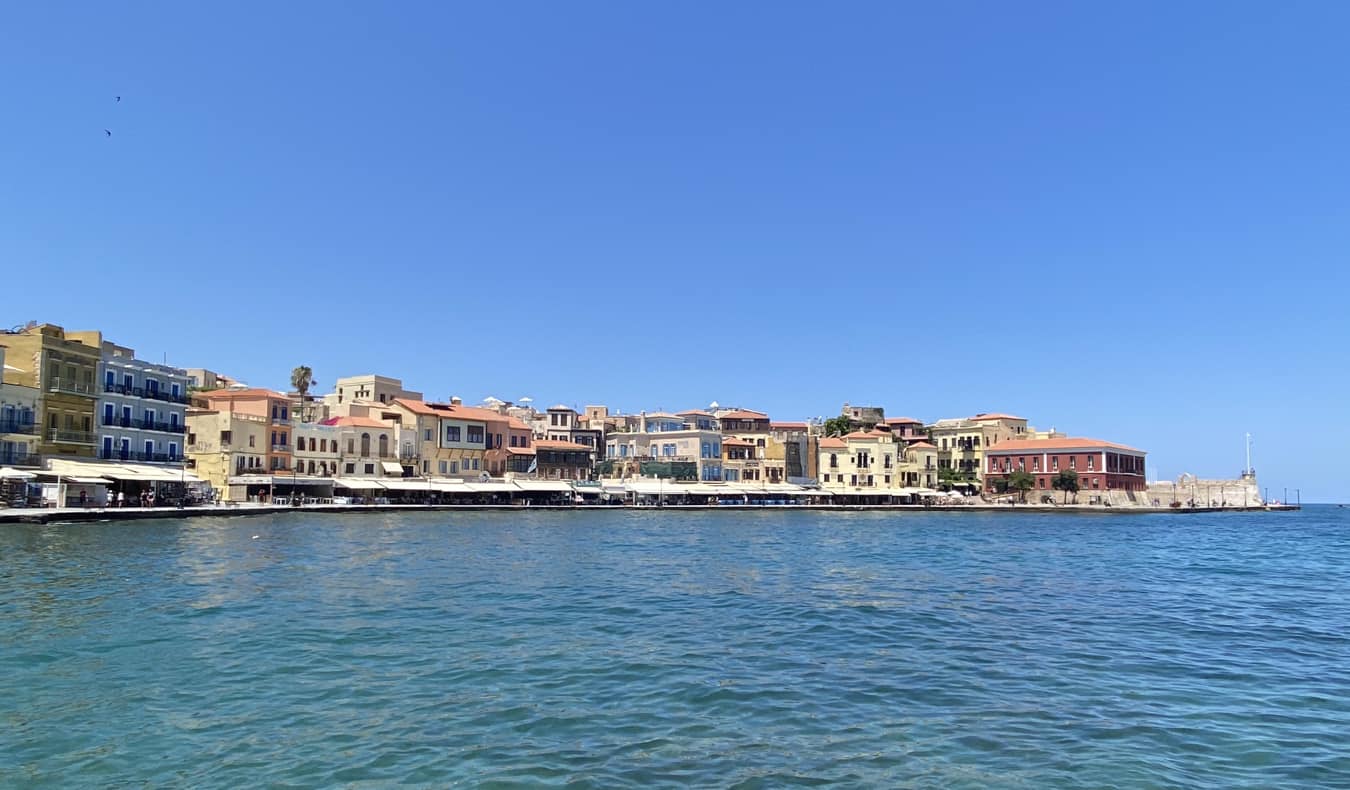 However, two weeks ago, I made my 14-year-old self proud and stepped foot onto Crete.

Crete is huge, measuring 3,219 square miles, and is the largest island in Greece. With around a hundred beaches, dozens of official hikes, a half-dozen major cities, and tons of ruins, it requires significant time to explore properly.

Sadly, I only had nine days. In such a big place and with so little time, I was only able to scratch the surfiest of surfaces.

But that’s travel and some time is better than none.

This trip, I spent two days in Heraklion, one in Ierapetra, two in Plakias, one in Rethymno, and three in Chania. It was a “highlights tour” of the island.

Even with so little time, Crete lived up to the image I had built up in my mind all these years. It’s nothing short of incredible.

First, it’s is so big that it’s easy to escape the crowds. Outside a few popular beaches and temples, there are places one can feel like you’re the only tourist on the island.

Second, the beaches are spectacular. And they are surprisingly varied for a place with a single climate. They were a range: from white to yellow to pink sand, from rocky to smooth, and everything in between. One even has palm trees (which is uncommon here). Whatever beach you can conjure in your mind, it’s on Crete. And, with close to a hundred of them, you are never far from one either.

As someone who loves soaking in the sun, most of my time was spent on these beaches, away from the crowds, listening to the waves slowly lap the shore. The water was a clear, azure blue that looked more like the tropics than the Mediterranean, and a deep baby blue further out. I hit six beaches, with Elafonessi, Chrissi, and Balos being my favorites. I never knew Crete was such a great place for a beach holiday! 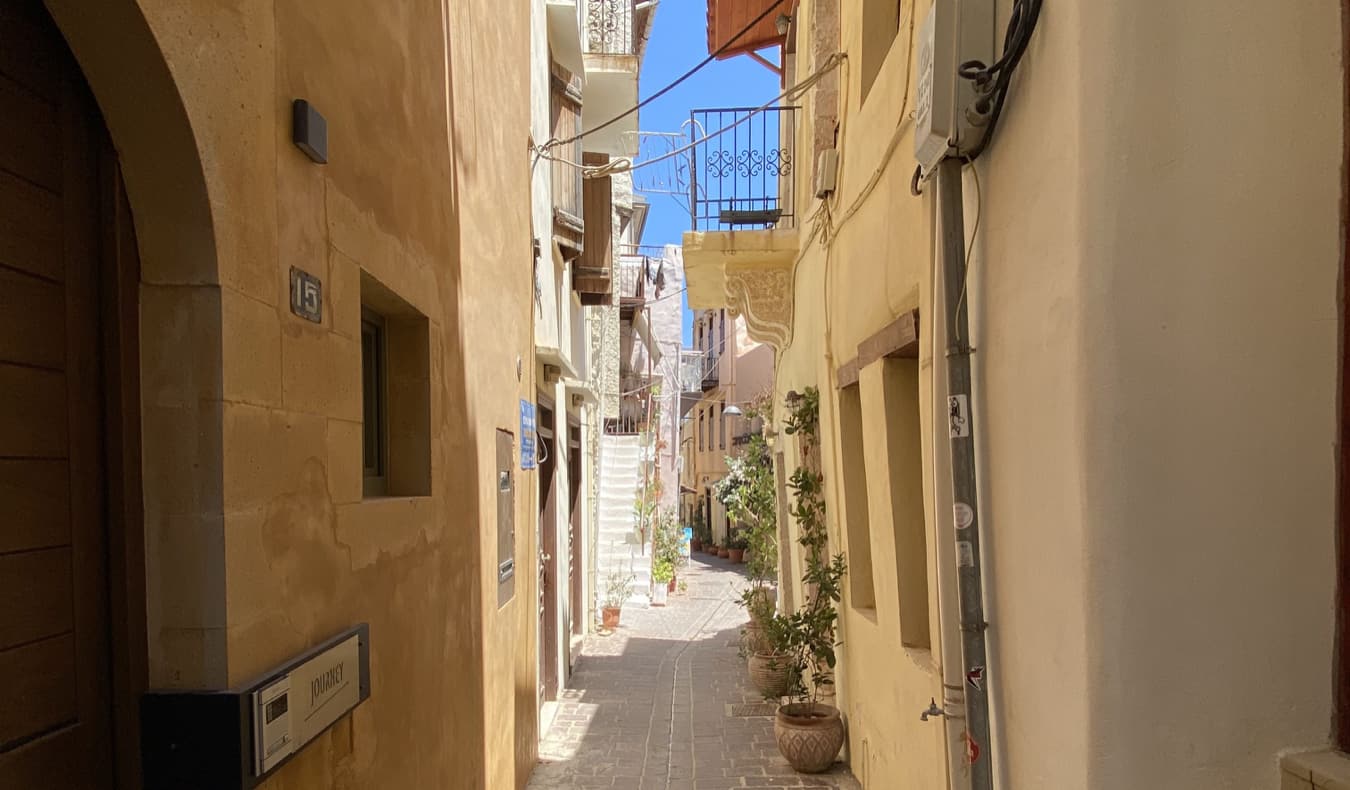 Third, the landscape rises and falls constantly: mountains and hills dotted with olive trees then plunge into gorges containing some of the island’s famous hiking trails. It’s a dry climate too, especially in the east. Windswept in the summer, it feels parched, like the land aches for a drop of water. But then you head west and inland a bit, and you find green hills, farms, and olive orchards and marvel at how quickly the landscape changes.

Crete’s cities, dating back thousands of years, twist and turn as you’d expect of places built on ruins of earlier versions of themselves. I loved spending hours exploring all the nooks and crannies of each city, trying to figure out which alley connected to which. You’d think you were going one way, only to mistakenly end up on a street that turned in the opposite direction. I found Rethymno and Chania especially fun to get lost in. 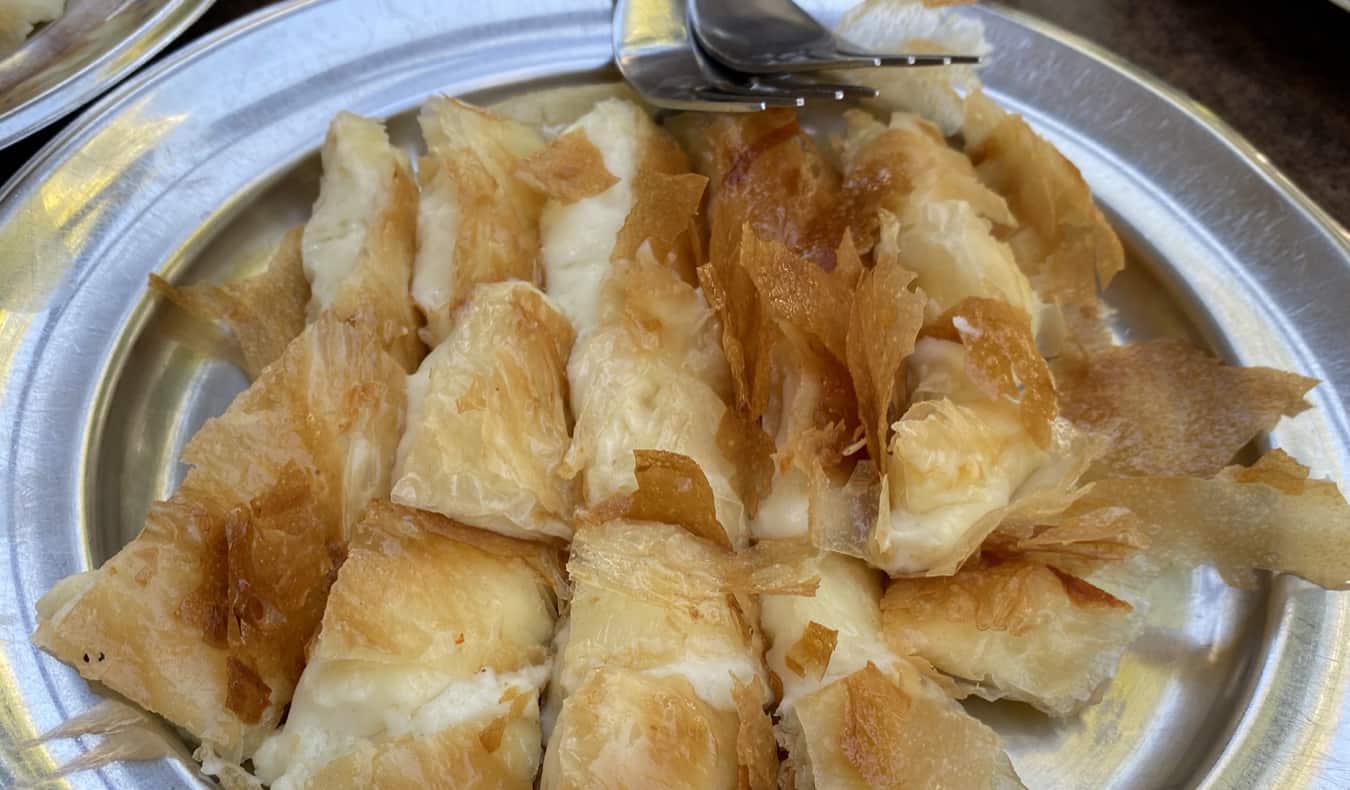 And the food? Let’s talk about Cretan food. On this large and fertile island, the centuries have allowed residents to cultivate a unique cuisine and their own style of cheeses and wines. It’s a very seasonal diet, consisting of greens, fruits, fish, a little protein, legumes, barley rusks, and plenty of olive oil. You’ll dine on a lot of fish, lamb, pork, and even a local escargot cooked in oil and thyme.

Probably one of the most famous dishes is dakos, a crusty whole-grain bread you’ll find everywhere, sort of like a bruschetta. It’s often served by itself, but when ordered as an appetizer, mostly it’s topped with a tomato puree and cheese (either feta or mizithra, which is whey cheese).

If you’re like me, the quickest way to your heart is through your stomach. The crunchy dakos, the sweetness of local cheese, the flavor of the grilled fish, and the diversity of the wine — Crete had some of the best food I had my entire time in Greece. 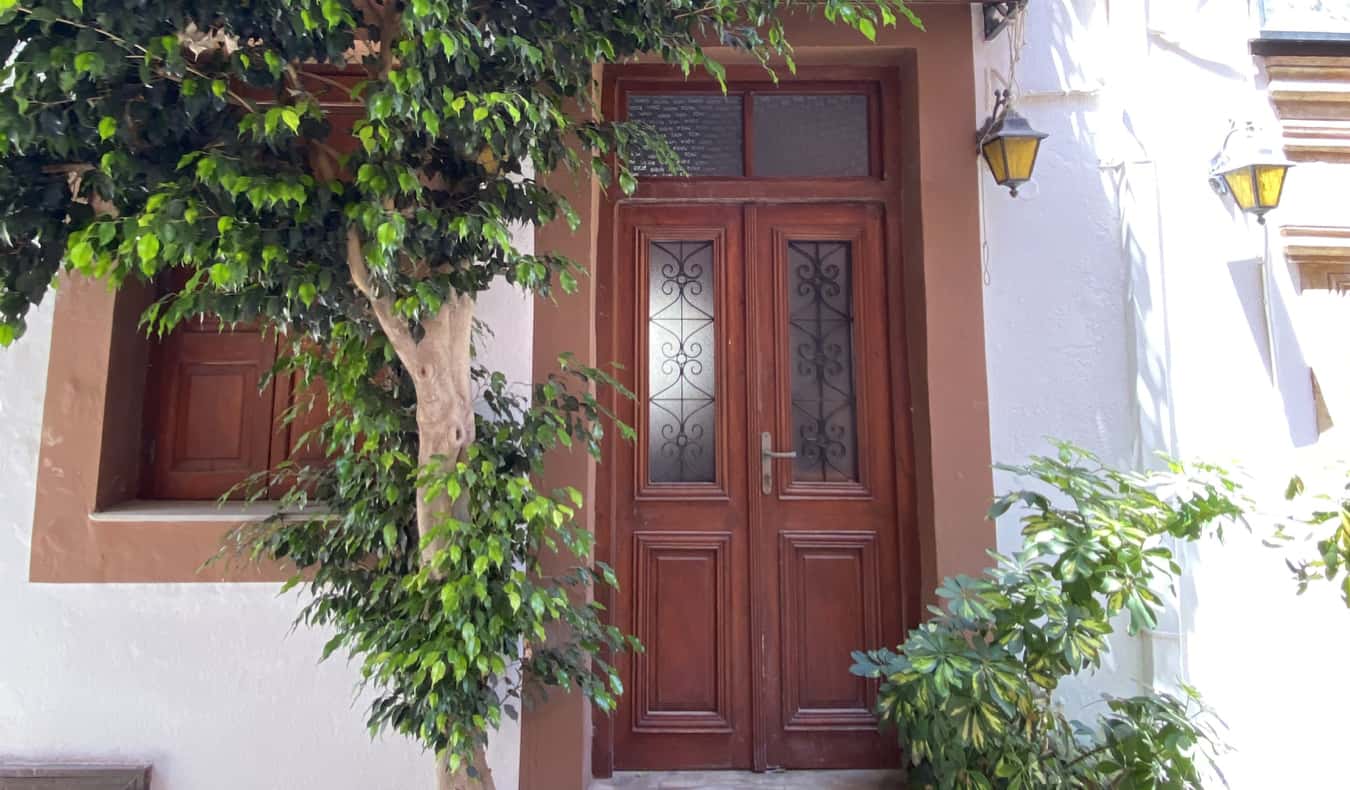 But the history was what made it come alive for me. I spent hours exploring every museum I could find. The Archaeological Museum in Heraklion is home to a large collection of Minoan artifacts (mostly from Knossos). I got lost in their examining ancient coins, artifacts, frescoes, and statues. (Fun fact: The first written language of the Minoans, Linear A, still hasn’t been translated. Their second, Linear B, is the first written version of Greek!)

And there was the ancient palace of Knossos. I didn’t find the Minotaur. But I did find a guide to show me around and I spent two hours exploring every area that was open to the public. (Sadly, many rooms and areas are closed because of COVID). Even though much of the palace is reconstructed (and perhaps inaccurately too), it was cool and as equally breathtaking to actually be there. You know that feeling you get when you’ve dreamed of a place for so long and then you’re finally there? That sense of bliss and pure joy was how I felt too. 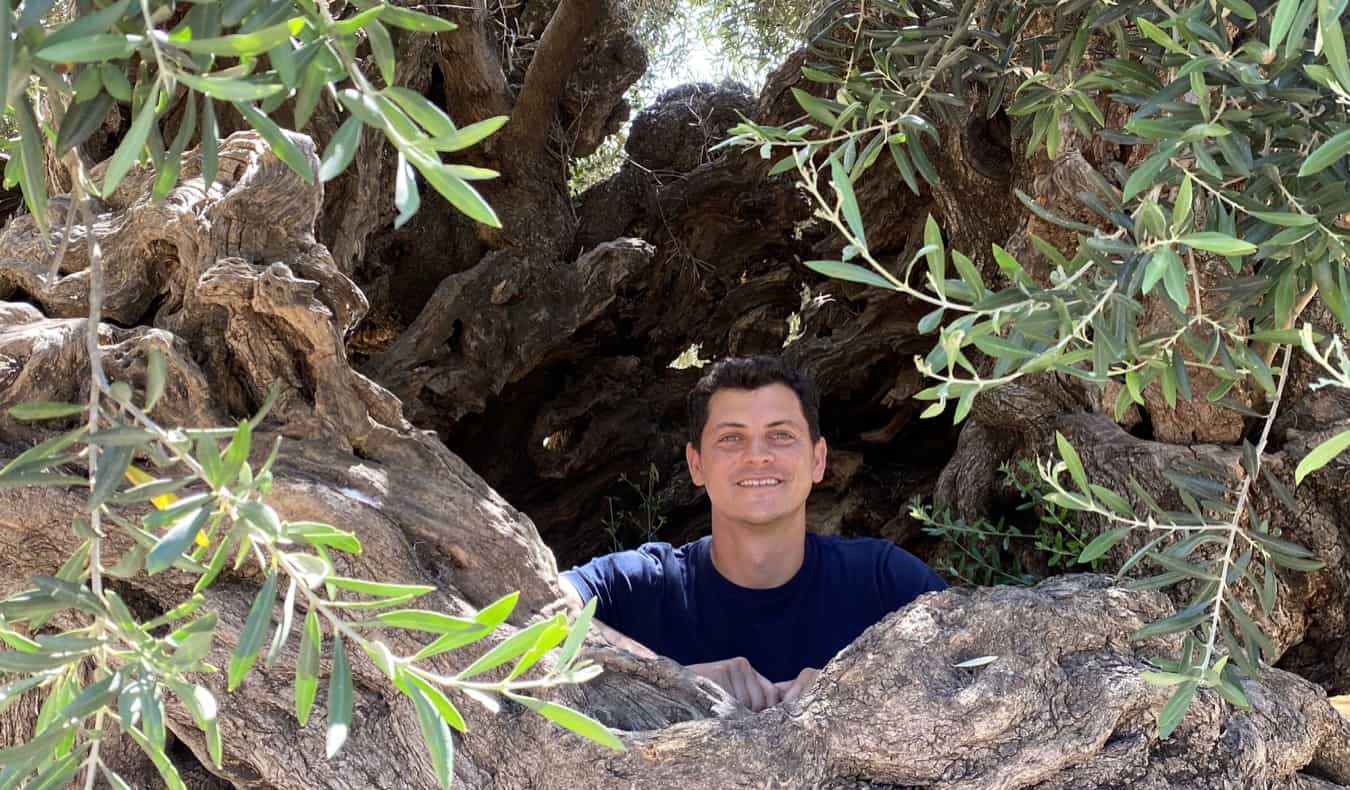 All places have a unique energy. Its people, history, environment, food, pace of life — all of it comes together like instruments in an orchestra to make a destination’s own unique symphony. Sometimes you vibe with that music, sometimes you don’t.

The energy of Crete was something I definitely vibed with. And I’m thankful that, whether or not I get back there, after building it up in my mind for over 25 years, it lived up to all those childhood fantasies.

Book Your Trip to Crete: Logistical Tips and Tricks

Book Your Flight
Use Skyscanner or Momondo to find a cheap flight. They are my two favorite search engines because they search websites and airlines around the globe so you always know no stone is left unturned. Start with Skyscanner first though because they have the biggest reach!

Book Your Accommodation
You can book your hostel with Hostelworld as they have the biggest inventory and best deals. If you want to stay somewhere other than a hostel, use Booking.com as they consistently return the cheapest rates for guesthouses and cheap hotels.

Don’t Forget Travel Insurance
Travel insurance will protect you against illness, injury, theft, and cancellations. It’s comprehensive protection in case anything goes wrong. I never go on a trip without it as I’ve had to use it many times in the past. My favorite companies that offer the best service and value are:

Want More Information on Greece?
Be sure to visit our robust destination guide on Greece for even more planning tips! 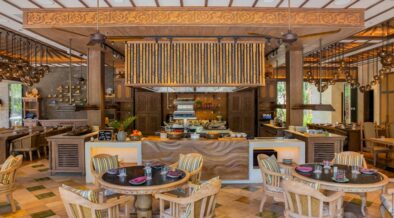