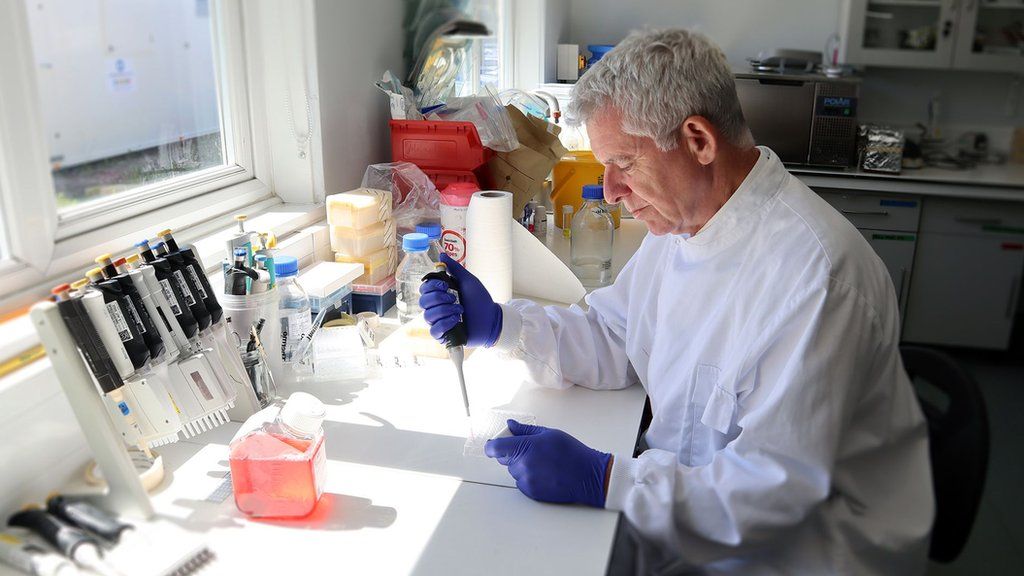 The consortium has been given £1.5m to develop strategies to tackle recent outbreaks of the H5N1 strain causing severe illness and death in birds.

This version of bird flu has hit the poultry industry hard, with culls and indoor housing measures enforced.

While the risk to humans is low, in 2021, there was a confirmed human case of the strain in South West England.

There have now been more than 120 outbreaks in farmed poultry and wild bird populations.

This winter's outbreak of avian flu is the largest and longest ever in the UK.

Scientists do not yet fully understand why these outbreaks have been worse than in previous years.

H5N1 was first identified in southern China in 1996 in domestic waterfowl.

The new UK consortium will examine what measures are needed "to prevent future spill-overs of influenza with pandemic potential into humans." The £1.5m is allocated over one year.

The researchers will also be tasked with finding out why the current virus strain has led to a longer outbreak and why some birds, such as ducks, are resistant to some strains.

They will look at how gaps in biosecurity may have allowed the virus to transmit from wild birds to farmed poultry.

Globally, vaccines against bird flu in people are being developed in case a more aggressive strain jumps from poultry into the human population.

The UK consortium will not be involved in human vaccine development.

But the government's top animal virologist, Professor Ian Brown, Head of Virology at the Animal and Plant Health Agency (APHA), which leads the consortium, told BBC News: "There are vaccine candidates prepared against all these emerging strains in poultry should one of them make that successful jump to humans.

"They are changing on an almost continuous basis. The concern is that we want to make sure they don't change into a form that is more infectious to humans.

"That doesn't look plausible at the moment ... but we have to be watchful."

Public spending watchdog the National Audit Office said last week that the poor state of APHA's main laboratory in Weybridge could undermine the fight against animal diseases like bird flu and that delays to its rebuild could limit the UK's response to another disease outbreak.

The government said it was taking steps to secure the facility's future.

The news of the research was welcomed by Leicestershire egg producer and packer Phill Crawley. His farm of 550,000 hens was hit by bird flu in November - 90% of birds in one shed died within four days; the rest had to be culled.

"I have never ever seen anything like it. The APHA were overwhelmed by it. I am not dissing them on that - this has been the largest outbreak the country has ever seen. I don't honestly believe anyone could have prepped themselves for an outbreak of this magnitude," he told BBC News.

He added that he wanted the new consortium to answer some key questions about the outbreak.

The consortium brings together microbiologists, epidemiologists, virologists and genomics specialists from APHA, The Pirbright Institute, the Royal Veterinary College, The Roslin Institute, Imperial College London and the universities of Cambridge, Leeds and Nottingham.

The UK's Chief Veterinary Officer, Christine Middlemiss, said it would increase the speed and quality of research "hopefully in time to reduce the impact on the poultry sector".