A quick search on websites like Dresslily, Amazon, and Newchic for elaborately patterned and brightly colored shirts, dresses, and skirts will have customers often finding the word “ethnic” in the product description. Products that involved mixing patterns, multiple colors in mixed patterns, or that don’t have the classic American outdoors or preppy look are often categorized as “ethnic” or “tribal.”

“Tribal” is often used to describe prints inspired by Central and West African cultures, or to refer to patterns and fabrics that were inspired or co-opted from various African tribes throughout the continent, and broadly generalizes multiple African cultures like they are all monolithic.

A quick google shopping search will reveal that various retailers still use the terms “tribal” and “ethnic” to describe various colorful geometric prints. ASOS describes several of their patterns on their website as “geo-tribal.” However, in an e-mail to The Daily Beast regarding any use of the word ethnic or tribal in their product copy, a representative said, “ASOS does not use this word to describe any of our products, and we have had strict guidelines in place to prevent any language like this from being used for numerous years.”

For generations, the use of the words “tribal” and “ethnic” persisted in fashion without anyone even batting an eye. “‘Tribal’ was a word they used in the early twentieth century. I’d even say as early at the 1920s the word ‘tribal’ was used to describe fashion,” said Amanda Hallay Heath, a fashion historian and founder of The Ultimate Fashion History Project. “’Native’ was even more popular. ‘Ethnic’ came in during the ‘70s.” The use of these terms among other terms that would now be deemed offensive or outdated persisted with no controversy throughout much of the twentieth century.

“Throughout most of the twentieth century, words such as ‘primitive,’ ‘tribal,’ and ‘ethnic’ were used with impunity with absolutely no thought,” Hallay Heath said.

It was only beginning in the past decade that diversity advocates in the fashion industry began to hammer down on the use of these terms and call out brands for using them. “Within the last ten years, the industry began to find more appropriate and respectful means of describing clothing and fashion inspired by other cultures,” Hallay Heath said.

Some fashion designers have been watching the industry use these terms for decades and were very conscious about how they were dated or generically lumping inspiration from minority cultures under one umbrella.

Fashion designer and Council of Fashion Designers of America member Kevan Hall has worked at some of America’s top design houses, most notably at Halston where he was creative director from 1998 to 2000. Over the course of his career, he has seen words like “tribal” and “ethnic” tossed around carelessly without any respect for the cultures who inspired the collections.

It’s time for people in the fashion industry to think of other words to articulate and describe what looks inspired by other cultures.

“Anytime something is not, for lack of a better term, a WASPy look, it gets put in the put of being ‘ethnic,’ ‘tribal,’ or other than,” he said. “It’s time for people in the fashion industry to think of other words to articulate and describe what looks inspired by other cultures. People want to throw things associated with non-white people in the category of ‘ethnic.’ They do it with everything from fashion to food. If you go to an Asian or Ethiopian restaurant, they categorize it as ‘ethnic,’ but they don’t do that with European restaurants.”

Regarding the fashion industry’s use of the word “tribal,” Hall said that, “That word has been used to express things like accessories that are chunky, bold, or have various kinds of beads. Basically, you see it used with anything involving any kind of ornamentation. Anything that gives nod to a culture outside of America or Europe is thrown into that pot of ‘ethnic’ or ‘tribal.’”

Hall himself has created collections inspired by African culture, specifically the Maasai tribe in Kenya and northern Tanzania. When he created this collection a friend brought him back items that were actually crafted by these people. Hall would incorporate these inspirations into accessories, and he gave credited to the Maasai tribe and discussed the cultural inspiration in his show notes to educate people.

If fashion companies are going to take inspiration from cultures outside of Europe and America, they need to really think about how they are using these terms and actually credit these cultures appropriately.

London-based international fashion director Zadrian Smith said, “The industry needs to not culturally appropriate, and if they are going to appropriate, remember that no idea in fashion is original. It’s difficult for designers to come up with original creative concepts that are truly their own. The industry is always borrowing from other cultures to aid and enhance collections.

“If designers are going to keep doing that, they need to fully educate themselves on these cultures beyond just a surface level. If you’re going to take inspiration from minority communities, then you should be giving back to those communities. Don’t just take their ideas and use it for your business to make capital gains. I know that’s the nature of capitalism, but the fashion industry is guilty of doing this without shame.”

If the people at these tables only come from one culture, they can’t see how appropriating from another culture could be considered as problematic.

Smith says that the lack of diversity behind the scenes in fashion is also to blame for the inappropriate use of words like “tribal” and “ethnic” this as well.

“If the people at these tables only come from one culture, they can’t see how appropriating from another culture could be considered as problematic,” he said. “This is why there are so many mishaps in ad campaigns, because no one is here to tell them it’s okay.”

Despite this, Smith does feel there actually are times when words like “tribal” and “ethnic” can be used correctly. “If you look at the collection Maria Grazia Chiuri did for Dior that was shown in Marrakech that was done in collaboration with actual artisans in Marrakech, so that had a real tribal footprint to it,” Smith said.

“If you’re taking the clothing that’s specific to a tribe whether it be a wave, print, or embroidery unique to them, I personally think it’s okay to denote something like that as tribal as long as the story behind it is contextualized. Unfortunately, consumers often don’t have the time or education to learn about where and why things come from so these terms ended up getting used incorrectly.”

Other industry activists feel words like “tribal” and “ethnic” are vague and don’t pay enough respect to cultures outside of the U.S. and Europe.

Unfortunately, I don’t see enough white advocates fighting against these terms, and really understanding the erasure that happens when these ideas are used without proper involvement from the communities they are representing.

Ash Owens, an advocate for diversity in the fashion industry and editor-in-chief of Suited Magazine, said, “For far too long important cultural references have been lumped into groupings under words like these. Instead of directly attributing the ‘inspiration,’ these vague words don’t hold any accountability to where these ideas came from, and who came up with them in the first place.

“Oftentimes it’s done in a way that would be considered appropriation. But at the very least, it’s done with little respect to the lineage and backgrounds that have created the ideas they are referencing.”

While there are industry advocates being very vocal about using these terms nowadays, Owens feels it is still not enough.

“The most invested advocates I see are those who are protecting their culture by standing up against these words and colonial practices,” she said. “Unfortunately, I don’t see enough white advocates fighting against these terms and really understanding the erasure that happens when these ideas are used without proper involvement from the communities they are representing. What I find to be the most effective is the education around these conversations where we can really peel away the colonial mindset that we have inherited.”

The Best Lounge Sets for a Cozy Holiday Season - Us Weekly 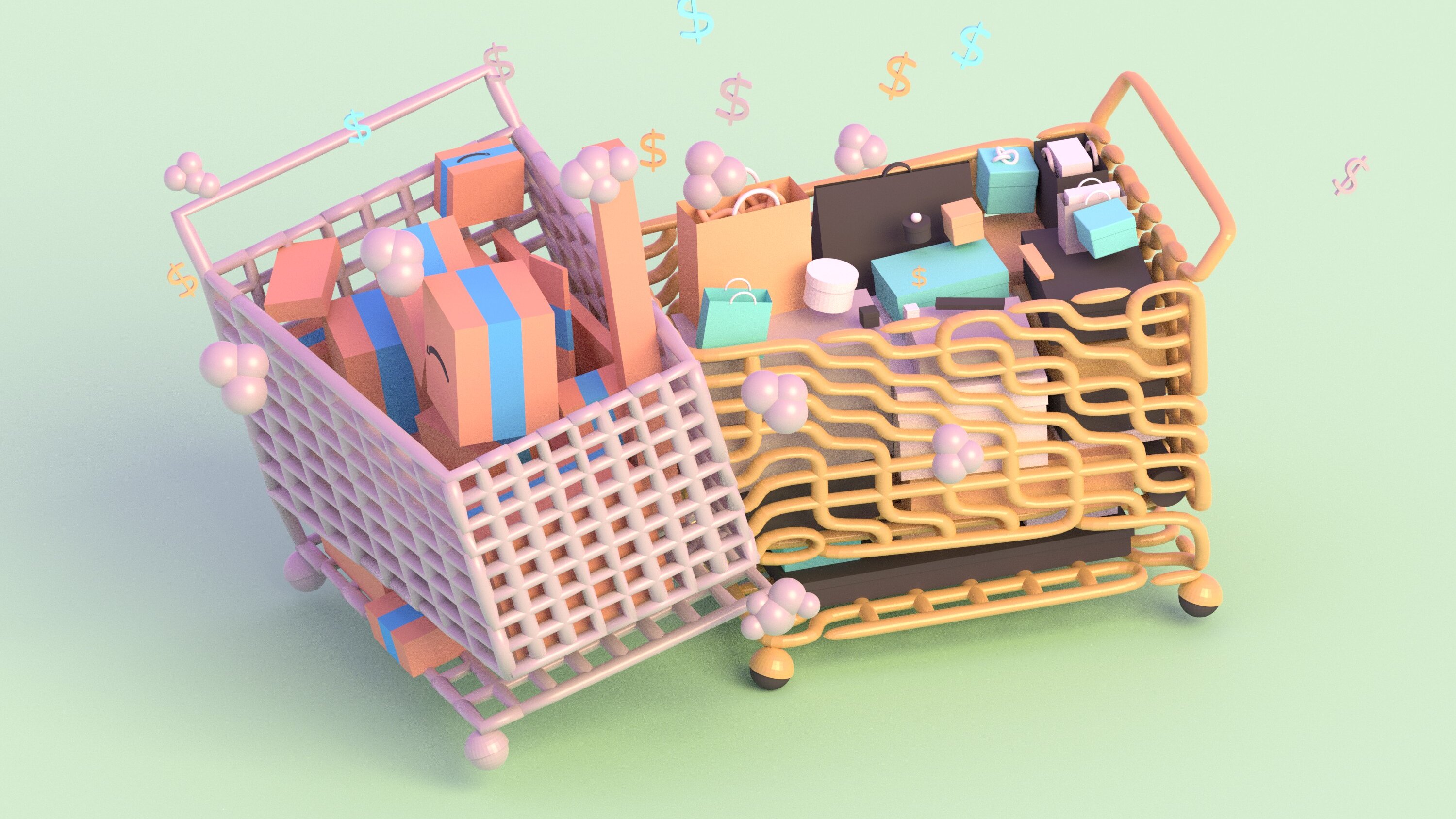 The Luxury E-Commerce Wars Heat Up 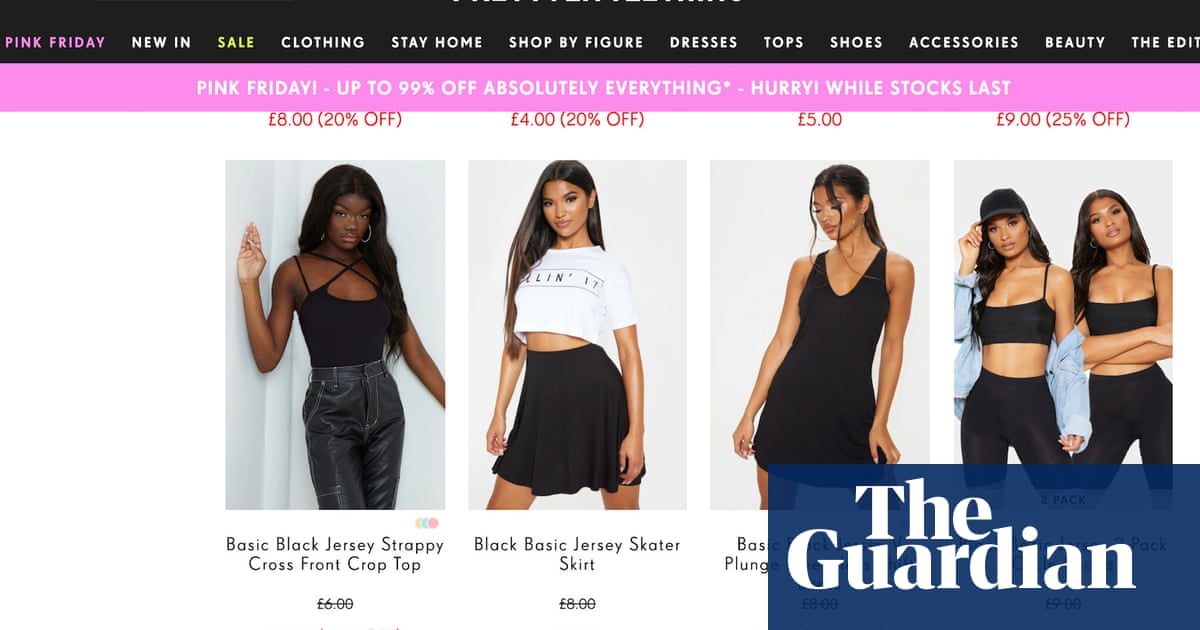