After years of controversy and roller-coaster twists and turns, the trial of former “Empire” actor Jussie Smollett finally began Monday with prosecutors alleging the actor faked a hate crime that grabbed the nation’s attention and the defense calling that a “fantasy.”

In his opening statement, which began just after 5 p.m., special prosecutor Dan Webb said that Smollett’s fakery was not just a criminal act -- it was a despicable act that denigrated victims of actual hate crimes.

In his zeal for attention, Webb said, Smollett even “tampered” with the rope his accomplices had put around his neck “to make it look more like a lynching.”

“By the time the police get there, Mr. Smollett has moved the knot closer to his throat,” Webb said, pointing to a surveillance photo that showed the actor walking up the steps to his apartment on the night of the incident with the rope apparently dangling from his neck. “He wanted it to look like something more serious.”

But Smollett’s attorneys said it was the actor, who is Black and openly gay, who was in fact the real victim, now only of a homophobic attack but also of a “tremendous rush to judgment” by police and prosecutors that ruined his career and reputation.

And the prosecutors’ star witnesses, brothers who told police they helped Smollett fake the attack, are opportunistic liars who hated Smollett “because of who he is as a person” and were using him to advance their own careers, defense attorney Nenye Uche said in his opening statement.

“They are not some foreign exchange students from Nigeria,” Uche said. “They are sophisticated, highly intelligent criminals. ... Jussie thought he had a friend, but that friendship ran one way, it was a one-way street.”

Throughout opening statements, which concluded shortly before 7 p.m., Smollett sat calmly at the defense table dressed in a dark gray suit, occasionally leaning over to whisper something to his attorney. He left the at the Leighton Criminal Court Building on Monday evening without comment, flanked by several family members and supporters.

While he was in court, Smollett learned that a film he recently directed, “B-Boy Blues,” had won “fan favorite narrative feature” in the American Black Film Festival Awards, according to a spokesperson for the defense.

Prosecutors are scheduled to begin presenting witnesses in their case on Tuesday morning.

The opening statements were the culmination of a long day in court that began with jury selection in Associate Judge James Linn’s courtroom. A jury of six men and six women, as well as two women alternates, was selected shortly before 4 p.m. Of the men seated on the regular panel, five are white and one is black, while the women are made up of five whites and one Hispanic.

Though the disorderly conduct charges Smollett faces are relatively minor, the case brings with it immense baggage, including what became a political crisis of sorts for Cook County State’s Attorney Kim Foxx and the appointment of special prosecutor Webb to handle the case.

But jurors are being tasked with determining a far narrower question: Did Smollett in fact orchestrate a phony hate crime on himself, then lie to police about being a victim?

In Webb’s opening statement, the answer was emphatically “yes.” He recapped the now familiar allegations against Smollett, beginning with a “hate” letter sent to the “Empire” studio on Chicago’s West Side days before the alleged attack.

Webb said that while “to this day” law enforcement has not determined who sent the letter, Smollett was upset that the studio didn’t take it more seriously, so he concocted the plan to pay two brothers he knew from the set of “Empire,” Abimbola and Olabinjo Osundairo, to help him stage the fake attack.

Webb said Abimbola will testify that days before the incident, Smollett texted him asking for help “on the low.” The two later talked in Smollett’s car, with the actor telling him specifically he wanted them to shout “N----r!” and “MAGA!” to make it seem like the assailants were racist supporters of President Trump.

“I want you to attack me, but when you hit me, I want you to kind of pull your punches a bit because I don’t want to get seriously hurt,” Webb said Smollett told the brothers. Smollett also instructed them to put a rope around his neck to “make it look more like a lynching, like a hate crime,” Webb said.

The three men went on a “dry run” before the attack, part of which was captured on surveillance camera, Webb said. Smollett’s Mercedes can be seen circling the Streeterville intersection, showing the brothers the area where he wants the attack to occur, Webb said.

After the attack, Smollett even tampered with the rope, Webb said - bringing the knot closer to his neck before police arrived at his apartment.

Webb said police “reacted swiftly” to Smollett’s allegation, putting the “full force” of the department on the case. At one point they had 26 officers and detectives working it, tallying over 3,000 man hours, according to Webb.

In his opening remarks, Uche sai there’s no physical or forensic evidence tying Smollett to the alleged hoax. He also said there’s no evidence Smollett was upset with situation at “Empire.”

“Jussie was not a person who liked attention. Even his publicist was frustrated at him for that,” he said. “It’s fantasy.”

Uche also pointed out that the Osundairo brothers, who only accused Smollett after they were arrested upon return from a trip to Nigeria, were the only ones who have changed their story.

By now the contours of the story are familiar: Smollett claimed he was walking home from a Subway restaurant one night in January 2019 when two men wearing ski masks attacked him, yelling racial and homophobic slurs and hanging a noose around his neck. One of his attackers appeared to be white, Smollett said. And in the midst of the assault, one assailant yelled “This is MAGA country,” a reference to then-President Donald Trump’s slogan.

His manager called the police, and officers responded to his apartment to find Smollett with the rope still around his neck. “I just wanted y’all to see it,” he told them.

The story grabbed international headlines — particularly after the Osundairo brothers told police that the attack had been faked. Smollett had persuaded them to stage the assault in hopes of catching the attention of his “Empire” bosses, the brothers said.

But in a stunning move, Cook County prosecutors quietly dropped those charges shortly after Smollett’s formal indictment, causing mass confusion and an outcry that ultimately led to a special prosecutor’s appointment. Webb, and his team brought a new indictment against Smollett in February 2020, just before the COVID-19 pandemic hit.

During jury selection Monday, Linn asked specifically whether jury candidates had heard about the case in the news, seen “Empire,” watched the celebrity gossip site TMZ, or belong to any civil rights or anti-police groups.

Smollett arrived at the courtroom shortly before 9:30 a.m., wearing a dark suit and a dark mask, with two supporters flanking him and holding both of his arms as he walked.

The trial is slated to last at least a week. Unlike during previous high-profile trials, the proceedings will not be livestreamed either online or to an “overflow” room.

And on Monday, after COVID shutdowns have been eased and questions involving his legal representations have been resolved, the evidence against Smollett will finally get a public airing in court. 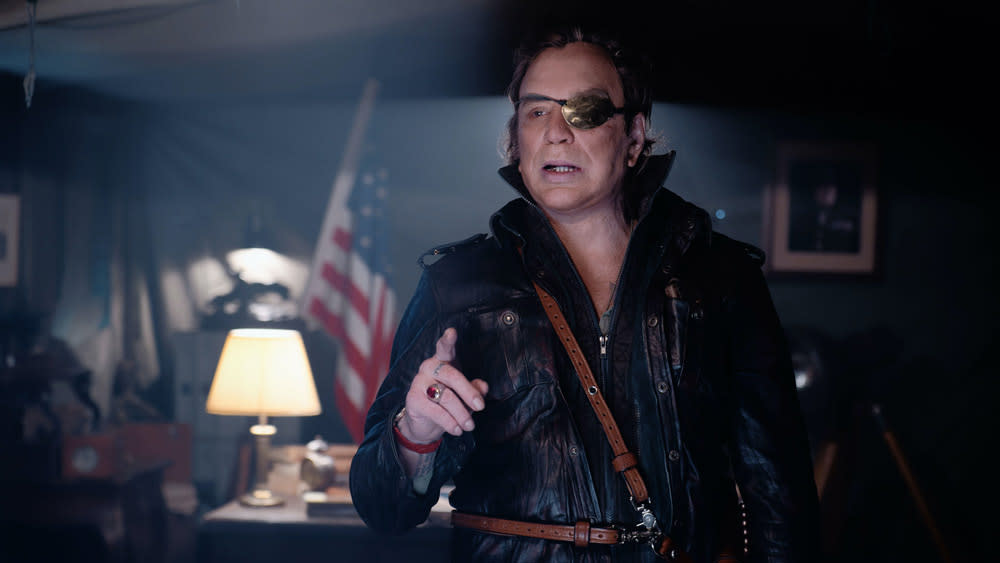