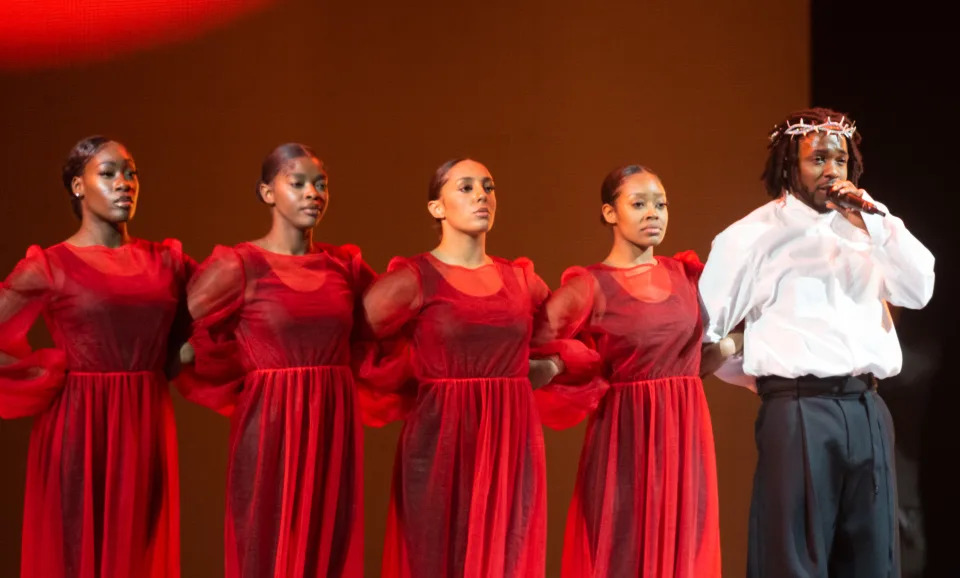 During his performance at the British music festival in Pilton, Somerset, England, the rapper made a statement about politics back at home. During his performance of "Savior," off his Mr. Morale & the Big Steppers album, he powerfully repeated, "They judge you, they judge Christ. Godspeed for women’s rights!" as fake blood trickled down his face from the thorns on his diamond-encrusted crown.

The moment came at the end of the last song of his set — see the 5-minute mark of the video above. As fireworks lit up the sky, Lamar kept repeating the phrase while flanked by his backup dancers, wearing red or black and white, until he dropped the mic and walked off stage.

His political statement came Sunday as he headlined the final night of the festival. It was two days after the Supreme Court overturned the 1973 Roe v. Wade precedent, affecting the ability of millions of Americans to access abortion. The decision had been expected since May, when a draft of the ruling was leaked to Politico.

Lamar, a Pulitzer Prize winner for rap, was originally supposed to headline the festival in 2020. Back post pandemic, other performers included Paul McCartney, Billie Eilish, Bruce Springsteen and Diana Ross.