Kevin Bacon on playing Kevin Bacon in 'Guardians of the Galaxy' holiday special: 'I like making fun of myself' 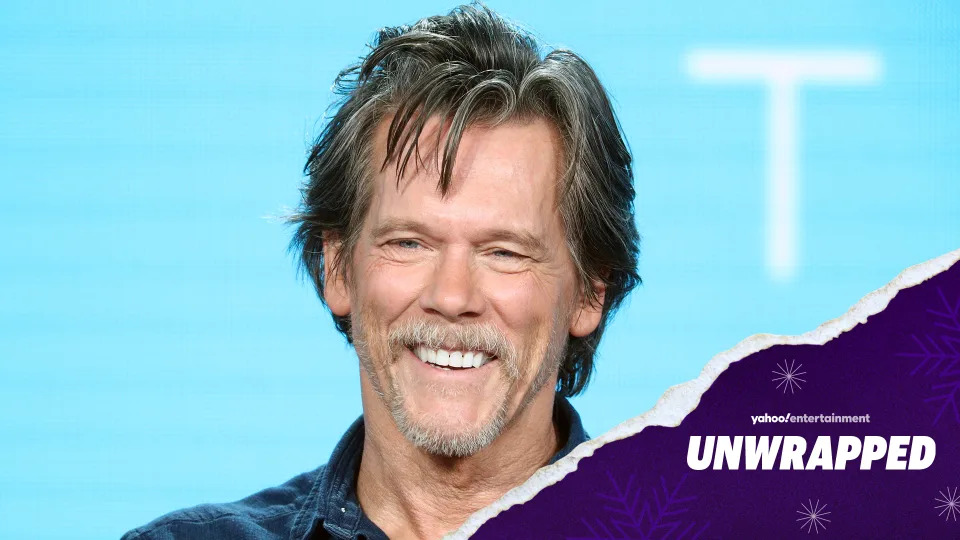 Even Kevin Bacon — a decades-long zeitgeist hero so ubiquitous that he spawned an eponymous party-turned-board game — can be delighted when he is unexpectedly referenced.

That’s what happened in the summer of 2014 when the veteran actor went to an opening-weekend showing of the hit Marvel team-up Guardians of the Galaxy at a movie theater in New York City. All alone, too, because that’s how he rolls.

“For one thing, it looked great,” Bacon tells Yahoo Entertainment. For another, he had worked with Guardians writer-director James Gunn (which shouldn’t surprise anyone who has played Six Degrees of Kevin Bacon) on the 2010 indie comedy Super. “So I wanted to see what he was going to do with this crazy kind of franchise."

That’s when Bacon did a double take upon hearing one of the film’s most memorable exchanges, a fully on-brand, nostalgia-soaked name-drop from the pop culture connoisseur Gunn.

“On my planet, we have a legend about people like you. It's called Footloose,” Chris Pratt’s Earth-born Peter Quill (aka Star-Lord) teases future love interest Gamora (Zoe Saldaña) after she declares that she does not in fact dance. “And in it, a great hero, named Kevin Bacon, teaches an entire city full of people with sticks up their butts that dancing, well, is the greatest thing there is.”

Later, after one particularly heroic moment landing their ship the Milano, Gamora turns to co-pilot Peter and pronounces, “We’re just like Kevin Bacon.”

Says Bacon: “There I was, all alone in the theater, and all of a sudden they’re talking about me. So you can imagine, that’s a pretty out-of-body experience. … It’s one thing if it was a drama or a regular comedy, but they’re in a whole ’nother universe, a whole ’nother world.”

The actor immediately called his wife, actress Kyra Sedgwick, after the film ended.

“I said, ‘You’re not going to believe what just happened. But I’m not going to tell you, I want to go back to this movie with you. I’m telling you, it’s a great movie, you’re going to get a big kick out of it. ‘ So I took her back, and didn’t tell her what was going to happen. And she had the same experience as I did.”

Now, Bacon is part of the Guardians universe in the flesh, too. In the spirit of Being John Malkovich and The Unbearable Weight of Massive Talent with Nicolas Cage, Bacon plays… Kevin Bacon... in The Guardians of the Galaxy Holiday Special.

Clearly influenced by the infamous 1978 Star Wars Holiday Special, the 44-minute Disney+ installment finds Guardians Mantis (Pom Klementieff) and Drax (Dave Bautista) desperate to cheer up Peter, who is still reeling from the death of Gamora. So for Christmas, the duo trek to Hollywood to bring Peter one of his favorite things in the world… Kevin Bacon. 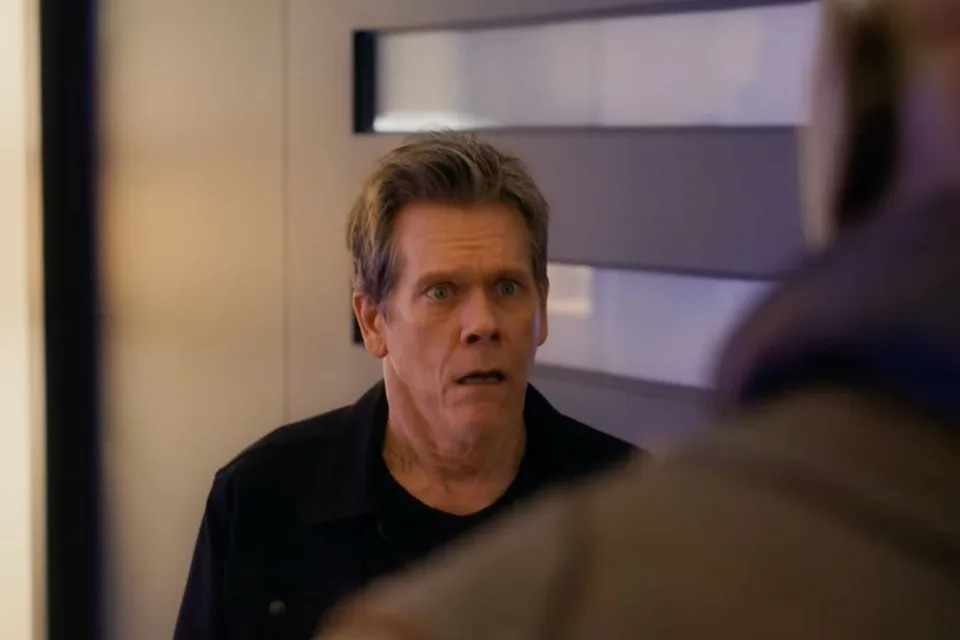 Kevin Bacon in "The Guardians of the Galaxy Holiday Special"

The 64-year-old actor, whose 60-plus film credits also include Friday the 13th, Tremors, JFK, A Few Good Men, Apollo 13 and Mystic River, plays a heightened version himself, with Gunn and company taking some spirited shots at his profession. Drax and Mantis believe Bacon to be an actual hero, not someone who simply portrays heroes, and are repulsed to find out he’s merely a performer. “Actors are disgusting,” Drax laments at one point.

“It’s not like I go into this thinking, ‘Oh, I’m playing myself. Therefore this has to stay very, very authentic to who I am.’ It’s kind of the opposite. … It’s an idea what movie star life is. And that to me is kind of funny, and silly.

“And I like making fun of myself. Really, I do. It partly plays into the idea of how self-involved actors are, and the egos that are out of control. And I think that’s just a funny thing to explore.” 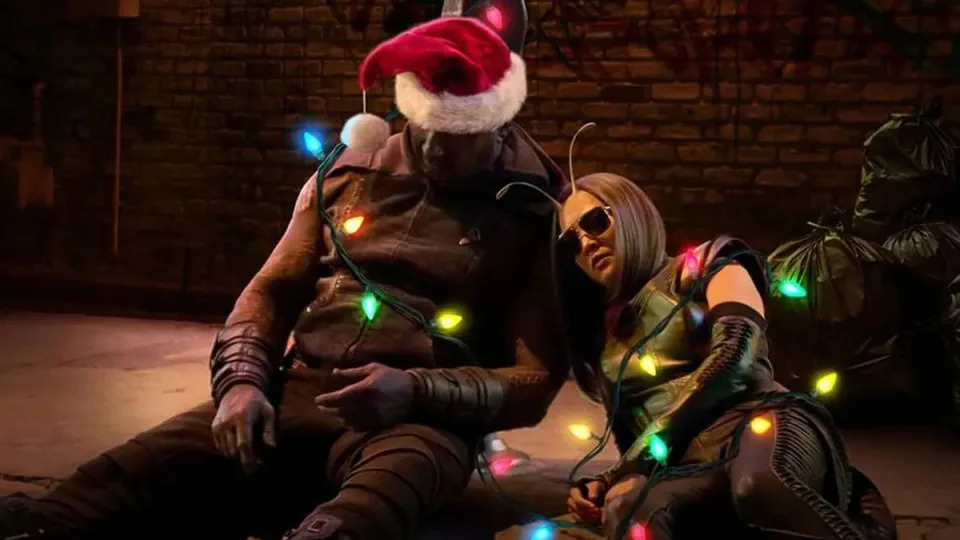 Dave Bautista and Pom Klementieff in "The Guardians of the Galaxy Holiday Special" (Photo: Marvel Studios/Disney+)

Klementieff, for one, loved the opportunity to move to one degree of separation from Bacon, whom she often refers to in the special as “Hollywood legend Kevin Bacon.”

“I’m proud of it,” she says. “I think it’s an accomplishment, right? I’ve said his name so many times as Mantis, and rehearsing and practicing the lines and all that. I feel very close with him, now.

“I think he enjoyed it. He told us it was different for him because he hasn’t done a lot of comedies in his career. So I think he really enjoyed going on this ride with us.”

The Guardians of the Galaxy Holiday Special premieres on Disney+ Nov. 25.