Kylie Jenner and Travis Scott 'are very much a couple,' says Khloé Kardashian 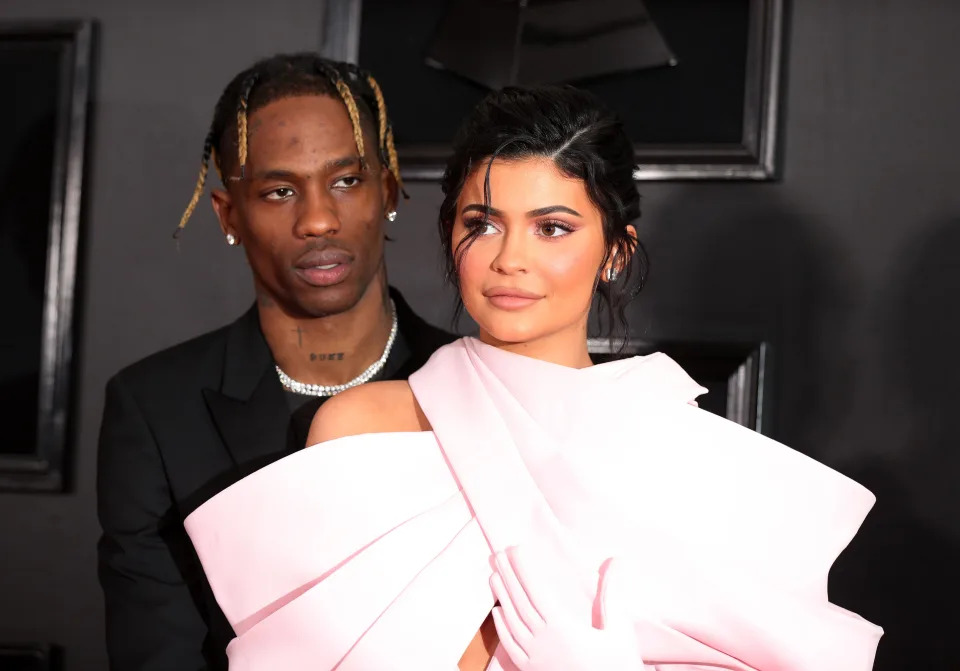 Travis Scott and Kylie Jenner continue to keep a low profile one month after the Astroworld Festival tragedy, so Khloé Kardashian is debunking a rumor on their behalf.

Jenner and Scott, who are preparing to welcome their second child together, are on the cover of W magazine. Promotion was shelved following the deadly Nov. 5 incident, but some issues made it to print. One TikTok user shared photos from the family shoot and a snippet from the article that claims Stormi's parents are not together.

"Travis and Kylie seemed very comfortable under the sheets, but even though they will soon have two children together — their daughter, Stormi, is 3 — they are not a couple, and haven't been for two years," the story supposedly reads.

Kardashian commented, "Wow, I don't know why this magazine would write this but they are very much a couple."

Kardashian's comment comes as her unconventional relationship with Tristan Thompson is back in the headlines. The NBA star is being sued for child support by Texas personal trainer, Maralee Nichols.

"Khloé was upset to find out that he cheated again," a source tells People. "She just can't believe that he is going to be a dad again."

The insider adds Kardashian and Thompson were together when he allegedly cheated with Nichols.

If Thompson is the father, this will be his third child. Kardashian and Thompson welcomed daughter True in April 2018 amid the athlete's first cheating scandal. He was already father to son Prince, 4, whom he shares with ex-girlfriend Jordan Craig. Despite Thompson's infidelity, he and the Keeping Up With the Kardashians star have been on and off for years.