The Ethiopian government says its forces and allies have retaken the town of Lalibela, a UNESCO World Heritage Site in the embattled country’s Amhara region.

Lalibela, home to 11 medieval rock-cut churches and a site of pilgrimage for the Ethiopian Orthodox Church, was captured in early August by Tigrayan forces locked in a brutal war with Ethiopia’s federal government for more than a year.

“The historic town of Lalibela has been liberated,” Prime Minister Abiy Ahmed’s office said in a tweet on Wednesday, as it announced the seizure of a number of towns north of the capital, Addis Ababa. 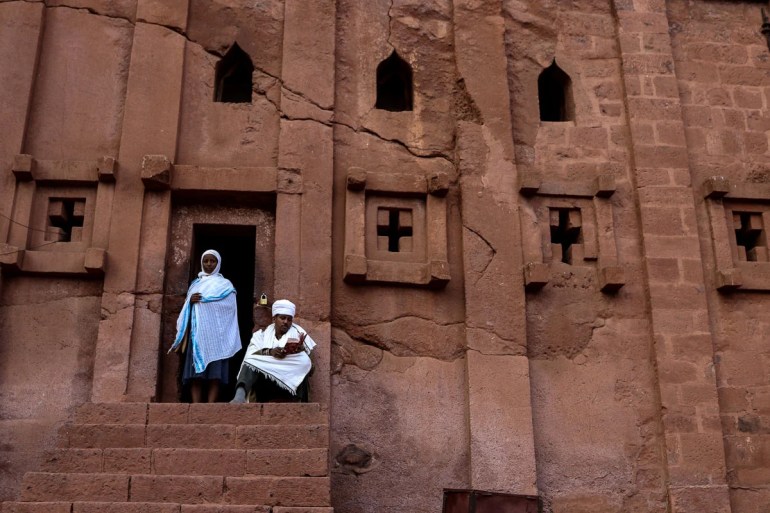 The recapture of the town, one of the most famed landmarks on the African continent, is seen as a boost for the government of Abiy, who announced last week he would head to the battlefield to lead the federal troops against their rivals.

Initially known as Roha, the town was named for Lalibela, the 12th-century emperor of Ethiopia.

Under his reign, the town’s iconic churches were sculpted out of stone to simulate a new Jerusalem, deemed the home of all Christians worldwide. It is believed to have been inspired by the king’s visit to Jerusalem itself. It is said the churches were built in only 24 years.

One of the much-vaunted churches, the House of Golgotha, contains Lalibela’s tomb. 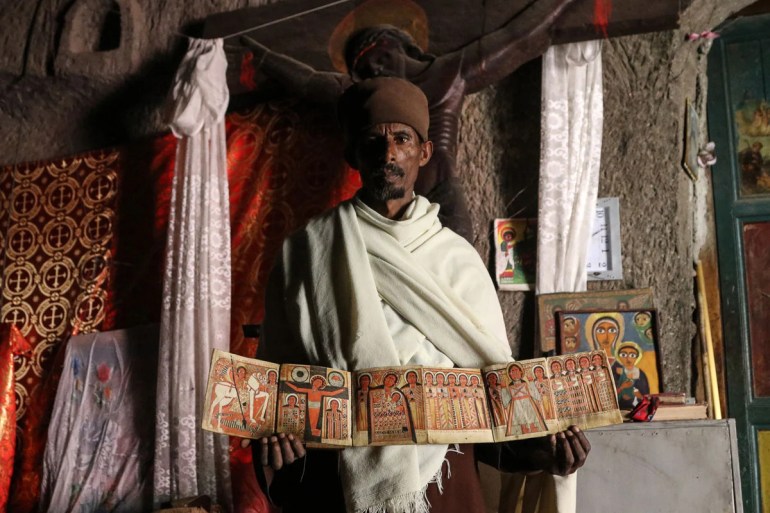 Each church has a resident priest, a highly regarded position. This priest shows off the ancient manuscripts – still in immaculate condition – stored in the church [File: Jenna Belhumeur/Al Jazeera]

Four of the churches are free-standing, while seven of them are carved right out of the rock. The monolithic blocks were chiselled down, forming doors, windows, columns, various floors, trenches and ceremonial passages – some with openings to hermit caves and catacombs.

The town was designated a World Heritage Site in 1978.

Until the COVID-19 pandemic, Lalibela was also an annual attraction for many tourists hoping to catch a glimpse of the holy sites and share in sacred rituals – bringing much-needed revenues and employment opportunities to its residents.

The war in northern Ethiopia has killed tens of thousands of people and displaced more than two million, spawning a grave humanitarian crisis and inflicting wounds on the economy. 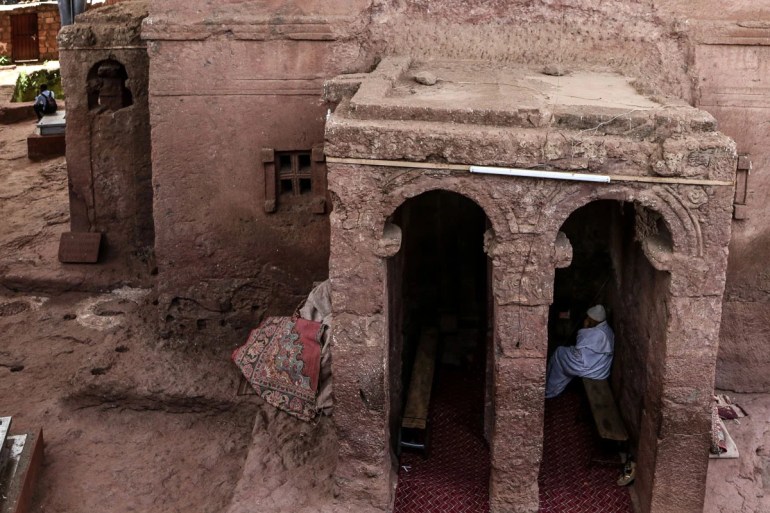 Biete Medhani Alem is believed to be the largest monolithic church in the world. The churches were not constructed in a traditional way, but rather built from the top down [File: Jenna Belhumeur/Al Jazeera]
Read Entire Article 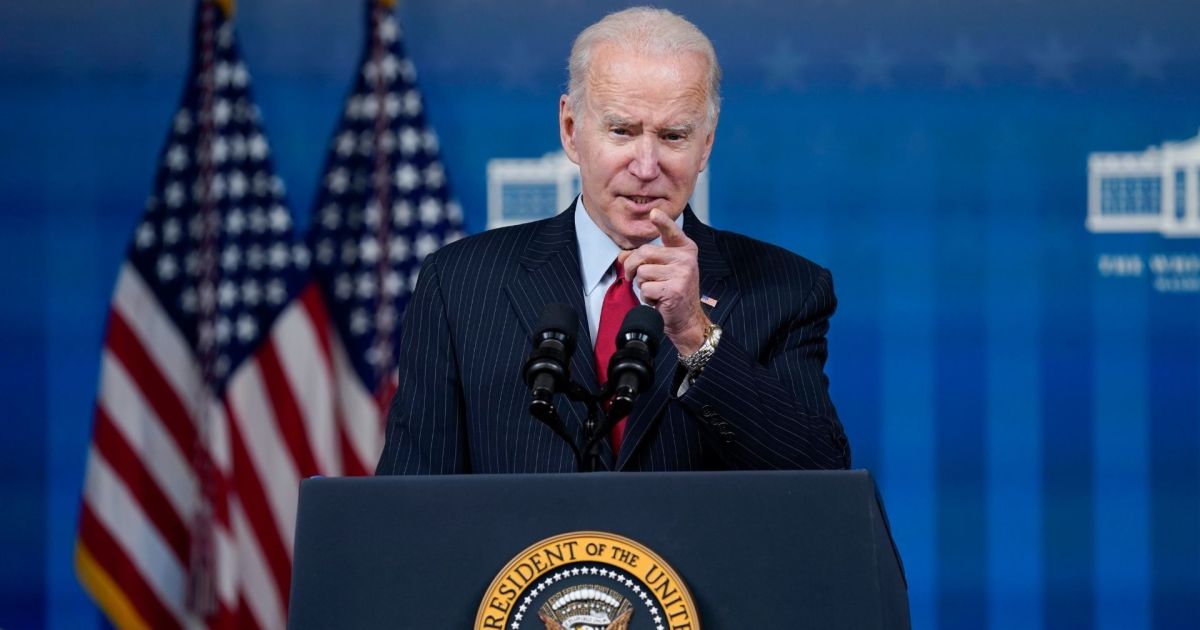