If you were making a Mount Rushmore of iconic ’90s late night hosts, the carved-in-granite faces would have to include David Letterman, Arsenio Hall, Conan O'Brien... and Larry Sanders. Thirty years ago, Garry Shandling launched one of the coolest talk shows in TV history — one made even cooler by the fact that it was entirely fictional. Premiering on HBO on Aug. 15, 1992, The Larry Sanders Show was one of the small screen's earliest and most influential workplace meta-comedies, where the line between "real" and "reel" blurred with delightful regularity as a bevy of famous faces — playing themselves — interacted with Shandling's made-up host.

"It was the foundation for almost every sitcom after that," Larry Sanders star Penny Johnson Jerald tells Yahoo Entertainment. "The Office, Curb Your Enthusiasm — everything. Garry had everybody who was anybody on that show, and I was so blessed to be able to work with all those people." (Watch our video interview above.)

A spiritual sequel to Shandling's equally meta ’80s favorite, It's Garry Shandling's Show, Larry Sanders cast the comic as the neurotic host of an eponymous late night chat show that had seen better days. Every episode alternated "show-within-the-show" sequences where Larry yukked it up with celebrity guest stars like Sarah Jessica Parker, David Duchovny and Robin Williams with behind behind the scenes storylines involving the Larry Sanders staff, played by such comic actors as Janeane Garofalo, Mary Lynn Rajskub and Rip Torn. 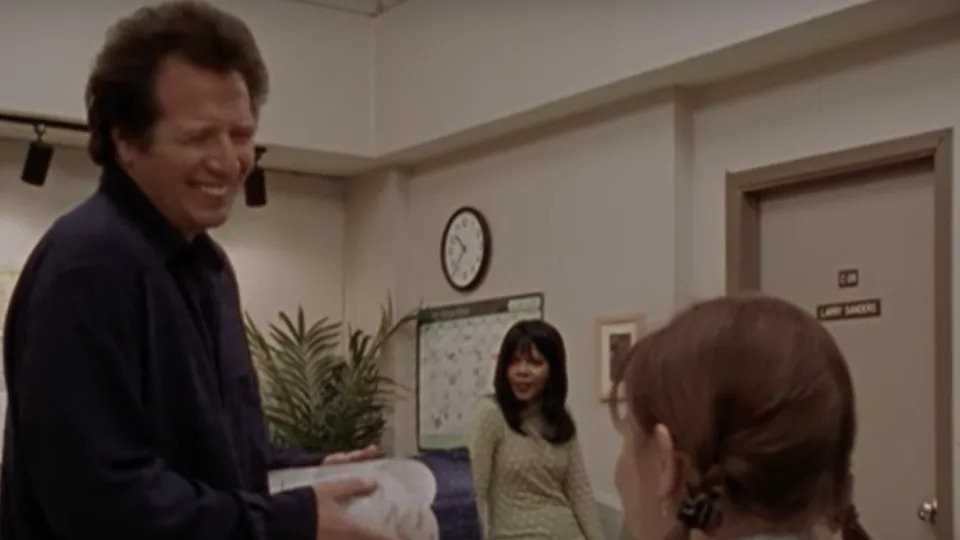 The show's behind the camera talent was equally auspicious as fresh-faced writers and directors like Judd Apatow, Ken Kwapis and Steven Levitan all cut their creative teeth as part of the crew over the course of its six season run. Kwapis and Levitan went on to oversee The Office and Modern Family respectively, both of which follow in the mockumentary mold that they first played with on Larry Sanders.

Jerald played Larry's savvy personal assistant, Beverly, who frequently interacts with the big name guest stars passing through the Larry Sanders offices. "I have truly worked with everyone in the business," notes Jerald, who went on to star in shows like 24, Castle and The Orville. "I can watch something now and go, 'Oh yeah, I remember working with them.'" And sometimes Beverly's professional relationships with the talent got more personal. In one memorable storyline, it's revealed that she's pregnant and the father is one of three repeat guests: ER star Eriq La Salle, singer Michael Bolton or comedian Drew Carey. "I'm sleeping with everybody!" Jerald jokes now.

The Larry Sanders Show was a critical hit out of the gate, but it took audiences a little while to discover the series, largely because HBO had yet to become the prestige television factory it is today in the wake of dramas like Oz, The Sopranos and The Wire. Jerald remembers Jerry Seinfeld's cameo in a Season 2 episode as being a major pivot point for the show's pop culture profile. At that time, Seinfeld was the biggest comedy on TV and the show's set was right next door to The Larry Sanders Show, allowing the team to film a scene where Larry's sidekick Hank (Jeffrey Tambor) falls asleep in Jerry's famous TV apartment. "When I saw Garry and Jerry together, I said, 'This is big.'" 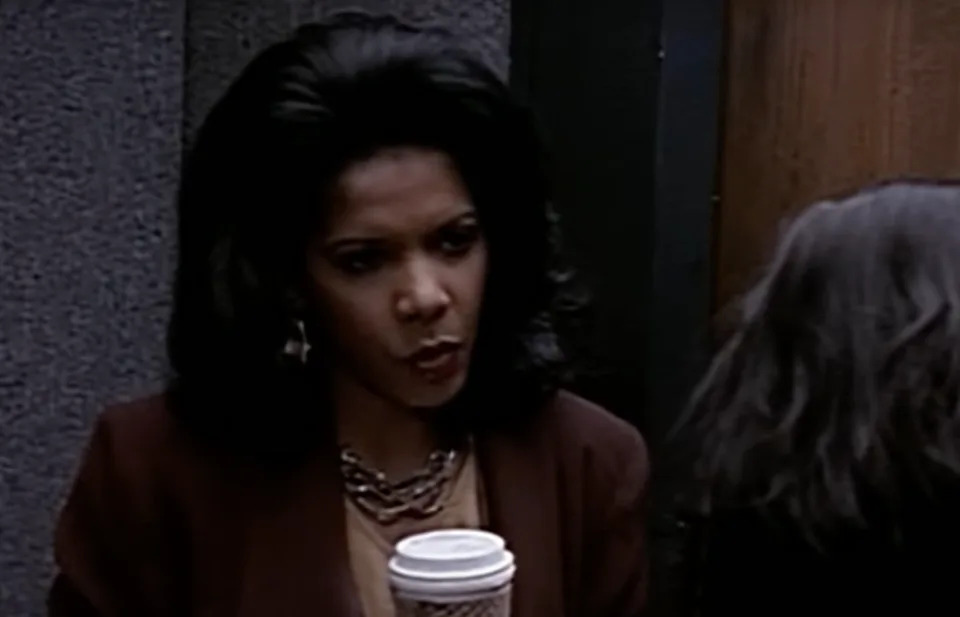 Jerald as Beverly in The Larry Sanders Show. (Photo: HBO/YouTube)

By the time The Larry Sanders Show signed off in 1998 — the same year as Seinfeld, funnily enough — the series scored multiple Emmys and two Peabody awards. The super-sized finale, which featured cameos from Sean Penn and Jim Carrey, is frequently cited as one of the all-time great farewell episodes, right up there with Newhart and Johnny Carson's final Tonight Show. And Jerald still has fond memories of her time with Shandling, who passed away in 2016, but remained a friend until the end of his life.

Asked to share her favorite Shandling story, the actress remembers the time she invited him to a birthday party for her husband, but it conflicted with his planned Hawaiian vacation. "I said, 'He's not gonna come,'" she remembers, laughing. "My phone rang [during the party] and it was Garry! He was in Hawaii, and said, 'I'm calling about the birthday. Put me on speaker.' We were roasting my husband, and Garry spent the first 15 or 20 minutes of the party roasting him. I thought, 'Who else would do that?' He was just a generous person."

The Larry Sanders Show is currently streaming on HBO Max.

— Video produced by Kyle Moss and edited by Jimmie Rhee