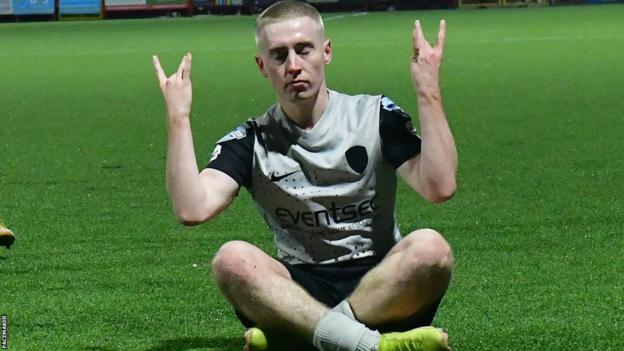 Irish Premiership leaders Larne suffered a second defeat in four days as Coleraine made them pay for a toothless display with a 2-0 away win.

Striker Matthew Shevlin headed the Bannsiders into an early lead at Inver Park and Conor McKendry added a second after the break.

Larne could not bounce back after losing at Linfield on Tuesday night.

The defeat means their lead over Cliftonville remains at five points, though the Reds have a game in hand.

Oran Kearney's men remain in sixth position, now five points behind fifth-placed Linfield, who play Crusaders - one place above them - on Saturday evening.