“Legends of Drag: Queens of a Certain Age,” a book out this month, spotlights drag elders. 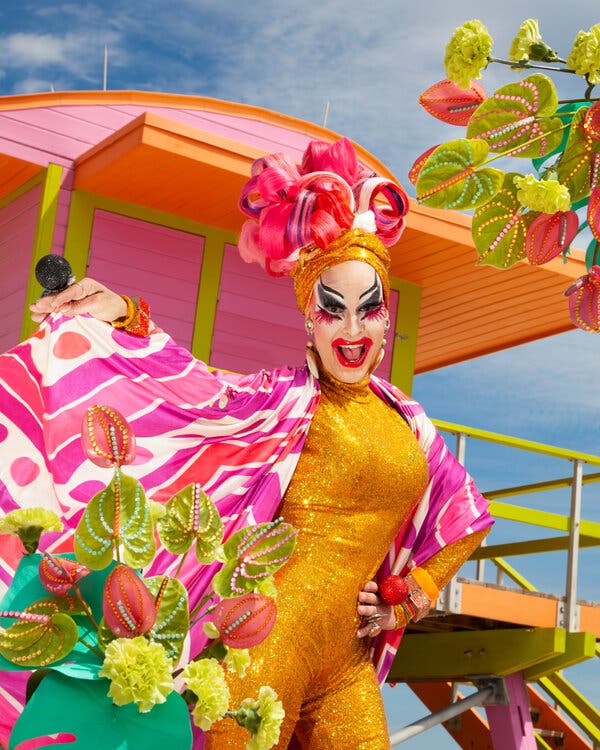 The idea came to Harry James Hanson and Devin Antheus while both were attending “church” — their word to describe a drag show.

This particular performance took place in December 2017, on the evening of the winter solstice, at Aunt Charlie’s Lounge, a beloved queer dive bar in the Tenderloin neighborhood of San Francisco. The two, both now 32, were struck that night by the performers’ ages, which they guessed averaged about 60.

Wisconsin natives and friends since they met on Myspace when both were 14, Mr. Antheus and Mx. Hanson, who uses a gender-neutral courtesy title and pronouns, “had a lack of queer elders growing up,” Mx. Hanson said.

Watching the queens perform at Aunt Charlie’s Lounge planted a seed in the minds of Mx. Hanson, a photographer, creative director and drag artist in Brooklyn, and Mr. Antheus, a floral designer and writer in San Francisco: to feature drag elders in a publication that, as Mx. Hanson put it, “we wished we had as teenagers.”

In March 2018, they photographed and interviewed four performers from the San Francisco scene — Phatima Rude, then 51; Carla Gay, then 54; Renita Valdez, then 59; and Mutha Chucka, then 56 — and later pitched the project to Sasha Velour, the drag artist and winner of “RuPaul’s Drag Race” Season 9, who at the time was putting together the fourth issue of Velour: The Drag Magazine. But the issue never made it to print.

After a year of sitting on the material, Mx. Hanson pitched it to a friend at Vogue, which published the images with an essay on its website in April 2019. Soon after, The San Francisco Chronicle ran an article on Phatima Rude, citing the Vogue piece. “Once it ran on the Vogue website, we realized there was a hunger for it,” Mr. Antheus said, and the two decided to expand the project into a book.

Both say they were compelled by an urgency to capture the stories of an older generation before it was too late, as well as a desire to offer a corrective to the much younger and camera-ready version of drag that has entered popular culture via television shows such as “Drag Race,” which recently concluded its 14th season.

“Some queens feel slighted by the narrow category of drag presented on TV,” Mx. Hanson said. The fact that “there are enough queens in America to even populate that many seasons of ‘Drag Race,’” Mx. Hanson added, “is because of the decades of regional drag communities ushering in new generations of queens.”

In June 2019, the duo embarked on a cross-country sojourn of 16 cities, photographing and interviewing 77 more drag artists, the oldest of whom was 90 at the time. “We wanted to talk to the punks and the pageant girls and the art queens,” Mx. Hanson said, “to capture that beautiful diversity within so many different communities.”

Those performers, along with the four whose portraits first appeared on Vogue.com, fill the pages of “Legends of Drag: Queens of a Certain Age,” out June 21 from Cernunnos, an imprint of Abrams Books. Not only a catalog of 81 drag queens, it also contains stories of activism and protest. Many of its subjects were at the front lines of the gay liberation movement, in the ’60s, and the AIDS epidemic, in the ’80s.

The book’s gumdrop-bright portraits by Mx. Hanson were all shot outdoors in full daylight to differentiate them from standard drag photography, which is often shot at bars or in studios. “For many of them, drag is not a daytime sport,” Mr. Antheus said. “It was intimidating, but they came around.”

Devin Antheus, left, and Harry James Hanson, the duo behind the book.Credit...Deb Leal

Each performer, all of whom received a model fee for their time on set, was photographed with flowers chosen by Mr. Antheus. Some are shown with varieties personally significant to them, while others’ flowers were chosen based on the outfits they wore, or the location of their photo shoot. The concept was not just a visual element for the images.

“We wanted to give the girls their flowers,” Mr. Antheus said, using the expression that means appreciating loved ones while they are still alive.

That sentiment proved prophetic. By the time of the final sitting for the book, in September, four of its subjects had died: Phatima Rude, at 55; Lady Red Couture, at 43; the Goddess Bunny, at 61; and Tina Devore, at 67. “Losing queens through the process,” Mr. Antheus said, “really solidified the importance that these are stories we need to get out.”

Mx. Hanson recalled Kelly Ray, 59, a drag queen from Durham, N.C., saying that participating in the project may be the last important thing the performer does. “That hit me right in the heart,” Mx. Hanson said.

Though its creators saw the book as an antidote to televised interpretations of drag, some contestants from the “Drag Race” franchise found their way into its pages. Sasha Velour, 34, wrote the foreword. Chad Michaels, the winner of “Drag Race All Stars” Season 1, is mentioned in an interview with Dolly Levi, 64, from Los Angeles. Shawnna Brooks, 54, from Atlanta, is photographed in the back yard of Nicole Paige Brooks, from “Drag Race” Season 2. According to Mr. Antheus, those connections demonstrate that today’s drag queens are part of a legacy that goes back decades.

He and Mx. Hanson see “Legends of Drag” as part of an evolving project. There are more drag artists to visit, more stories to tell. “There is a queen in Barcelona who is 95 that I really want to meet,” Mx. Hanson said. “I have a Google spreadsheet of 75 queens that I want to work with,” spread across the world “from Tulsa to Honolulu to Argentina.”

The last performer featured in the book is Simone, a transgender woman who does not use the term “drag queen” and declined to provide an age. (“We are not going there.”) Since the early ’90s, Simone has been known for performing across New York City, including outdoors near the Stonewall Inn in Manhattan’s Greenwich Village, the site of a 1969 uprising that proved to be a flash point in the contemporary L.G.B.T.Q. rights movement.

Simone, Mx. Hanson said, “is very directly continuing in the tradition” of Marsha P. Johnson, the activist and drag performer who died in 1992 and is recognized as an early champion of transgender rights. “I don’t think there are many individuals who actually do warrant a comparison to” Johnson, Mx. Hanson said.

As for being named a legend? “It’s such a compliment,” Simone said. “Any girl would be amazed and excited about seeing her face in a book with such fabulous divas.” 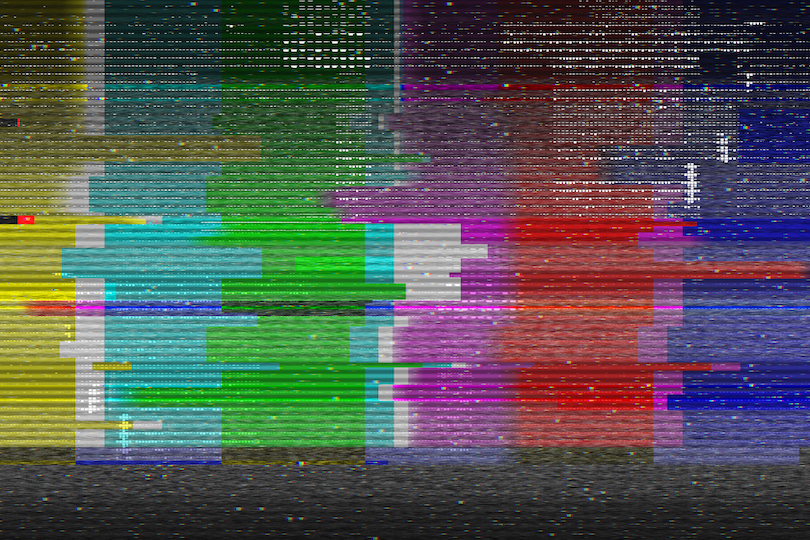 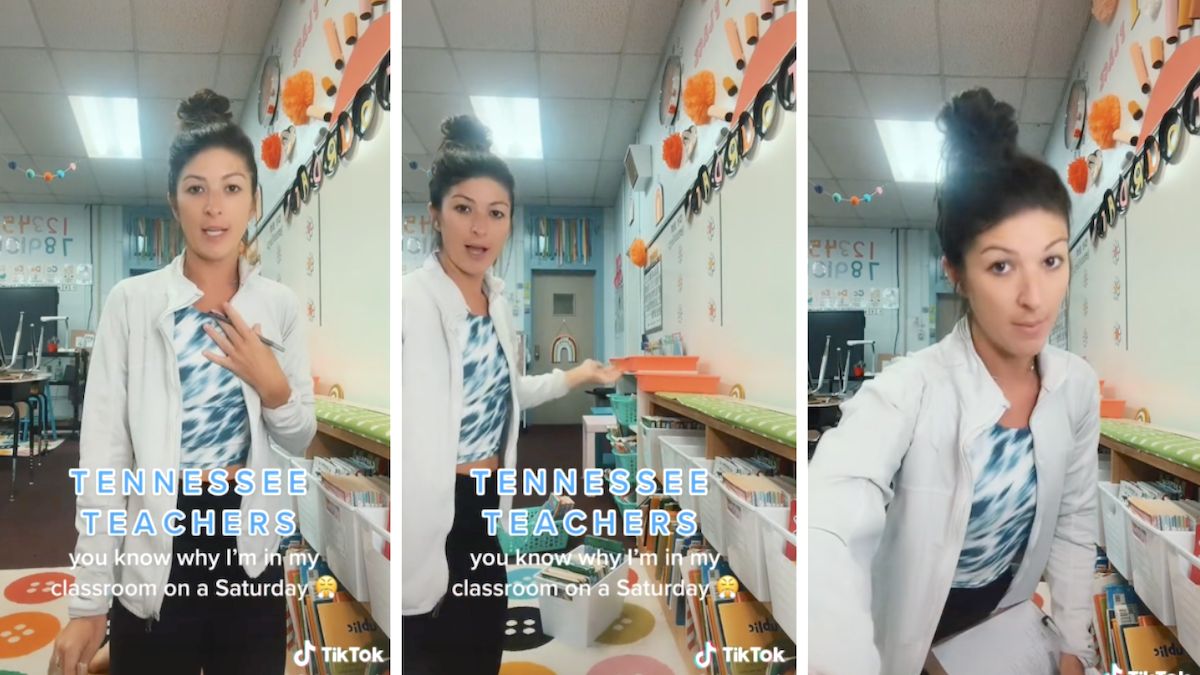