As of 18:00 GMT, the election commission had announced results for 150 of the 222 parliamentary seats. Opposition leader Anwar’s Alliance led with 50 seats, while Muhyiddin’s alliance was a close second at 48 seats.

The Corruption-tainted Barisan Nasional coalition, which ruled Malaysia since independence from Britain until 2018, could still return to power depending on post-election alliances.

Among key election losers were former Prime Minister Mahathir Mohamad, who at 97 is leading a separate Malay movement. Mahathir came in fourth in a five-way fight in his long-held constituency in the holiday resort island of Langkawi, the election commission said.

As Malaysians headed out to vote in a country that has seen three prime ministers in as many years, opinion polls were forecasting Anwar’s alliance would take the most seats in parliament but would fail to reach the majority needed to form a government.

But Muhyiddin’s new alliance, which includes a Malay-centric conservative party and an Islamist party that has touted Islamic law, made strong gains. 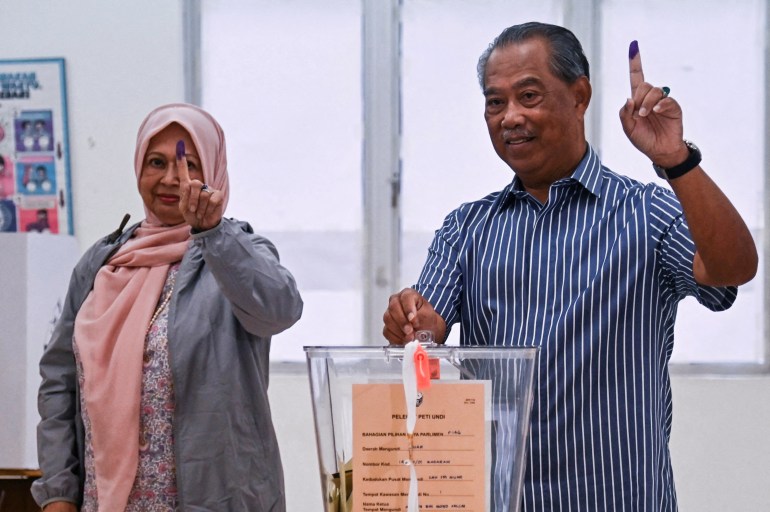 Muhyiddin’s Perikatan Nasional was a junior partner in Ismail’s coalition government. If the result is close, the two could come together again to block Anwar.

If Anwar clinches the top job, it would cap a remarkable journey for a politician who, in 25 years, has gone from heir apparent to the premiership to a prisoner convicted of sodomy, to the country’s leading opposition figure. 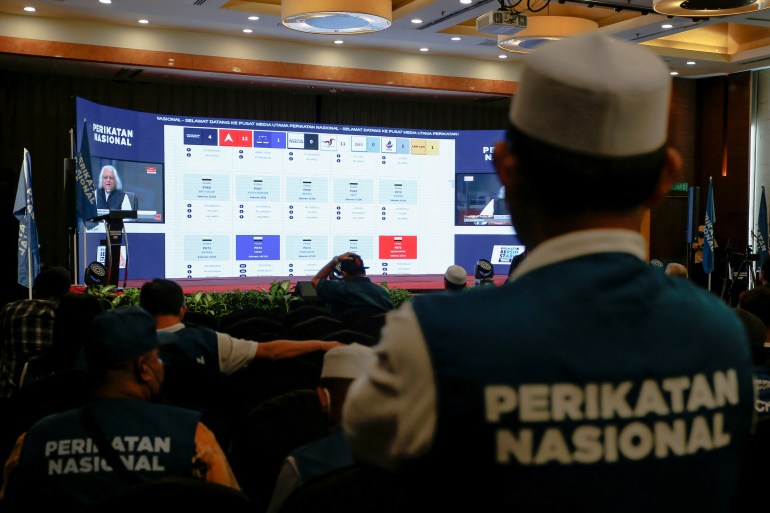 At least 70 percent of Malaysia’s 21.1 million eligible voters had cast their ballots by 4pm local Pacific time (08:00 GMT), the election commission said. It has not given the final tally.

Voter turnout in the previous election was one of the highest at 82 percent, but given the bigger pool of voters in this poll, Saturday’s turnout had already surpassed the prior election by nearly 2 million voters.