Malaysians will go to the polls in a month as the shaky coalition government of Prime Minister Ismail Sabri Yaakob attempts to win a solid mandate and bring an end to the political manoeuvring that has seen the country through three prime ministers in as many years.

The federal election, which was not due until September 2023, will take place on November 19, the Election Commission announced on Thursday. Elections for assemblies will also be held in a number of the country’s 13 states. About 21 million people are eligible to vote.

The last election in 2018 made history when the United Malays National Organisation (UMNO) lost power for the first time in 60 years amid public anger over the multibillion-dollar corruption scandal at state fund 1MDB.

Voters this time appear more concerned about the cost of living amid rising prices and higher interest rates, but have also been annoyed by the jostling for power among politicians – even during the COVID-19 pandemic – which led first to the collapse of the elected Pakatan Harapan (PH) coalition and then UMNO’s return to government in administrations that have also proved unstable.

When Ismail Sabri dissolved parliament last week, just three days after his government had presented its 2023 budget, he said he hoped the election would end the instability that has plagued the country in recent years. 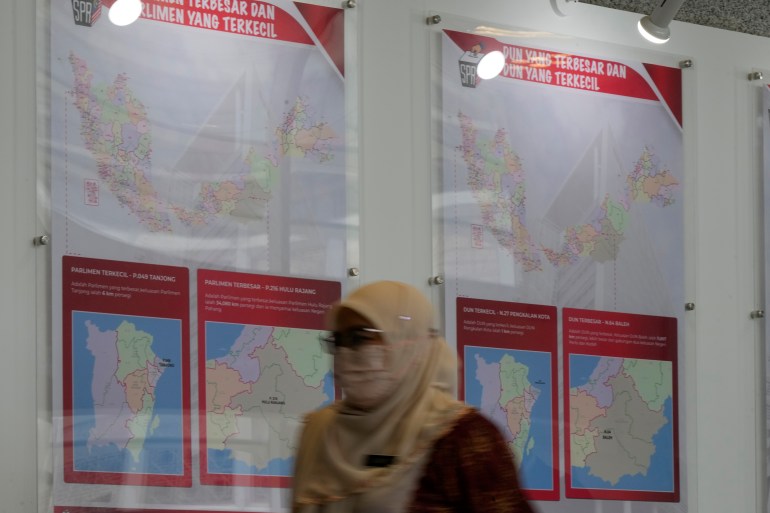 But analysts warn that another close race is likely and that could leave the newly elected government exposed when it comes to getting its budget through in parliament.

“Hung parliaments, as seen in countries from Germany to New Zealand, can deliver political stability and economic prosperity,” said political analyst Wong Chin Huat, an academic at Sunway University. “The key is for parties to accept the election outcome.”

Certainly, the Malaysian political landscape is more fractured than it was in the 80s and 90s when  UMNO and its Barisan Nasional (BN) coalition. dominated the country, where about 60 percent of the population is ethnic Malay Muslim and there are sizeable minorities of people of Chinese and Indian origin, as well as Indigenous communities.

At the moment, it appears voters will have to choose between three broad coalitions – BN, which is dominated by UMNO but includes parties for ethnic Chinese and ethnic Indians, the multiracial PH under former deputy premier Anwar Ibrahim, and Perikatan Nasional (PN), which includes PAS, Malaysia’s Islamic party. The Borneo states of Sabah and Sarawak also have their own parties, such as Gabungan Parti Sarawak (GPS), which previously backed BN.

While an “anti-hopping law” came into effect on October 5, in a bid to protect voters’ mandate by stopping individual elected representatives from defecting to another party, it does not prevent a party from leaving one coalition to join or form another, and analysts say that could mean alliances changing once the outcome is known.

A party or coalition needs to win a simple majority of 112 seats in parliament to form the government.

“The new political alignments could lead to many potential kingmakers, namely PAS and GPS,” Asrul Hadi Abdullah Sani, deputy managing director at consultancy BGA Malaysia told Al Jazeera. He said BN could emerge the winner if it can get sufficient support on the peninsula and Sabah, and do a deal with GPS. “The alliances are not set in stone, especially if political parties are not able to get the numbers and, as a result, form new coalitions.”

That could give more power to smaller parties such as MUDA, established by Syed Saddiq who was youth and sports minister in the PH administration, and Pejuang, the latest party set up by 97-year-old Mahathir Mohamad, who led the country for 23 years as UMNO leader before retiring and returning as prime minister with PH in 2018. 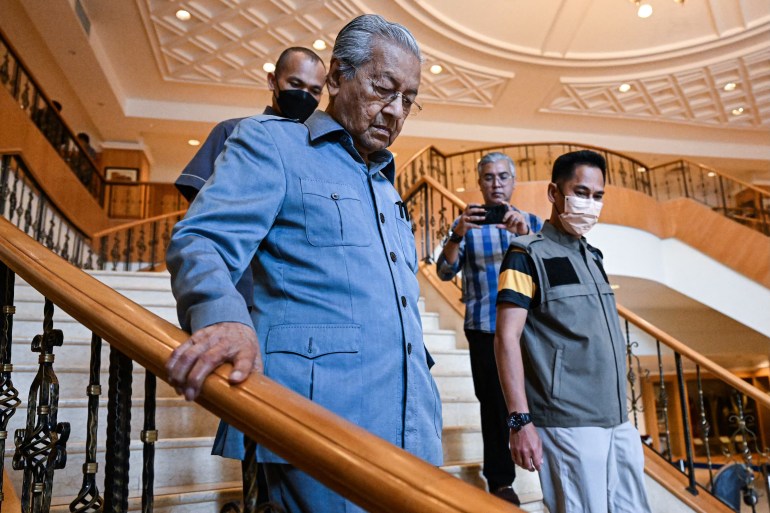 Veteran leader Mahathir Mohamad, who is now 97, has said he will defend his seat in the northern resort island of Langkawi [Mohd Rasfan/AFP]

November’s election will be notable because it will also see some six million younger voters joining the electoral roll as a result of the reduction of the voting age to 18, and the fact that it is taking place at the start of the rainy season when there is a higher risk of flooding.

Some worry the usual heavy rains associated with the monsoon could depress turnout, but senior politicians within UMNO have been pushing Ismail Sabri, who is the party’s vice president, for a snap poll for months.

The UMNO president is Ahmad Zahid Hamidi who is on trial over corruption related to a family charitable foundation, while former prime minister Najib Razak remains influential in the party despite being jailed in the first of a series of cases he faces on 1MDB.

“Ismail Sabri doesn’t have the upper hand,” Sophie Lemiere, an expert on Malaysian politics and a research associate at Nottingham University Malaysia, told Al Jazeera. “The pressure was tremendous.”

Despite the corruption that the 1MDB scandal exposed, analysts say the state of the economy is now a far more pressing issue for many Malaysians.

Lemiere says that is likely to boost UMNO as “there’s a nostalgia for the UMNO days when Malaysia was seen to be more prosperous”.

Tricia Yeoh, chief executive of IDEAS, a Malaysian think-tank, expects UMNO-led BN to emerge with the most seats, although not necessarily enough to form a government on its own.

PH, if it does well, is also likely to take a more cautious approach than it did after its 2018 victory when the appointment of non-Malays to senior cabinet roles and plans for reform, led to pushback from Malay nationalists.

The country’s 15th general election is unlikely to be as era-defining.

“It’s really challenging in Malaysia to do anything out of the ordinary as far as policy is concerned,” Yeoh said. “The rhetoric will be about securing Malay rights and ensuring the interests of all Malaysians are protected.”