Manchester City were confirmed as Premier League champions for the third time in four seasons after Manchester United were beaten 2-1 at home by Leicester on Tuesday.

City missed the opportunity to secure a third league title under Pep Guardiola on Saturday when a missed penalty from Sergio Aguero proved costly as Chelsea came from behind to win 2-1 at the Etihad Stadium.

United needed victory to delay the celebrations once again, but a side showing 10 changes could not see off the Foxes, who took an early lead through a fine volley from teenager Luke Thomas which was cancelled out by Mason Greenwood’s neat finish.

Caglar Soyuncu headed in a corner midway through the second half to secure all three points. 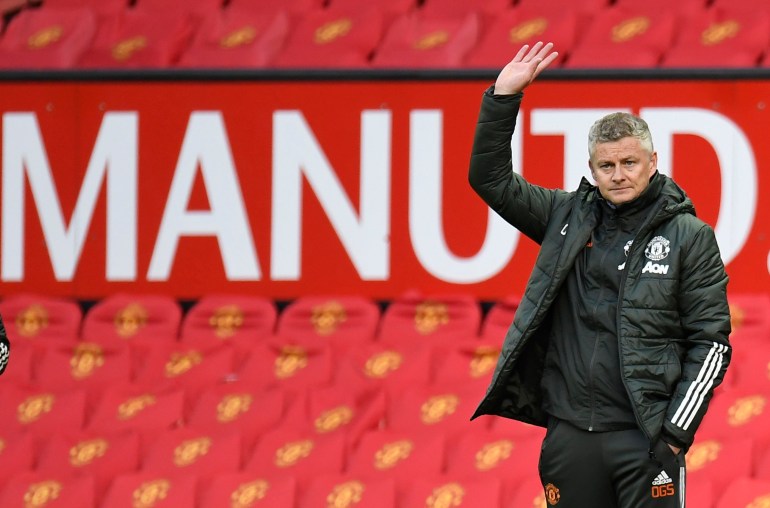 Liverpool and West Ham, the teams fighting with Leicester for an automatic Champions League qualifying spot, would have been unhappy to see their rival get an easier ride at Old Trafford owing to Solskjaer’s team selection that saw footballers like Bruno Fernandes, Marcus Rashford and Paul Pogba start on the bench.

Fifth-place West Ham must win their final three games and hope Leicester slip up in their remaining matches, against Chelsea and Tottenham.

Liverpool, in sixth place, might have a better shot as the deposed champions have four games left.

If Liverpool win all of them, Leicester would likely need to pick up four points against Chelsea and Tottenham.