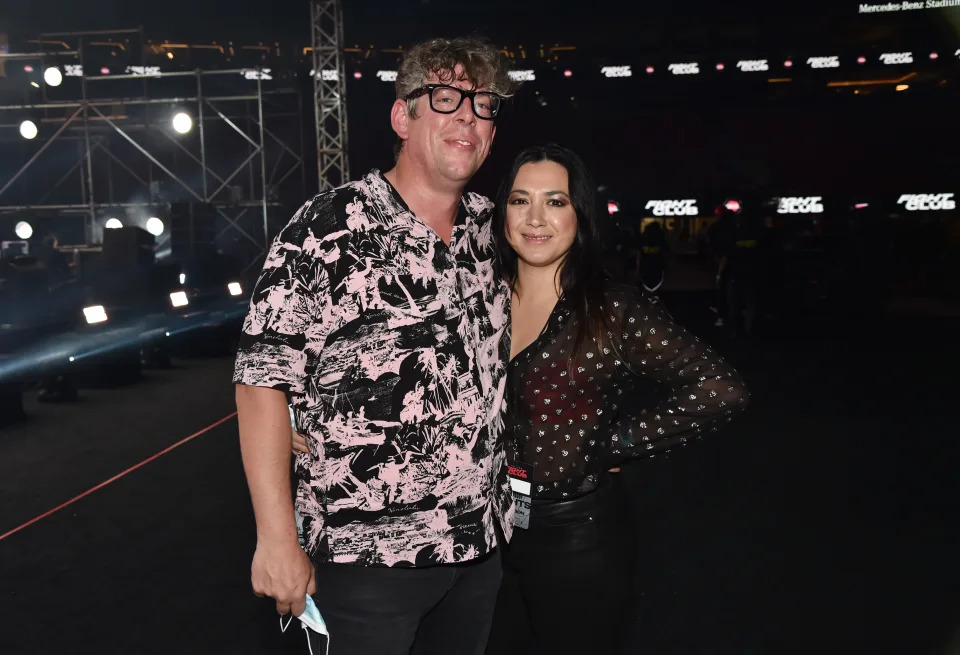 Patrick Carney of the Black Keys and Michelle Branch together in 2021. (Photo: Jeff Kravitz/Getty Images for Triller)

Michelle Branch has filed for divorce from Patrick Carney.

Yahoo Entertainment confirms the filing, which took place on Friday in Tennessee. In the 48 hours prior, the "Breathe" singer publicly accused the Black Keys drummer, whom she married in 2019, of having an affair. She was also arrested for domestic violence.

Branch cited "irreconcilable differences" as the reason for the divorce, per the documents obtained by TMZ and Billboard. She's requesting custody of their two young children — Willie, 6 months, Rhys, nearly 4 — with Carney getting “reasonable parenting time privileges." Branch, who requested the separation and listed the date of separation as Aug. 11, is also asking for child support and for Carney to pay her legal fees.

Reps for Branch and Carney have not commented on the divorce filing.

The musicians and collaborators tied the knot at the Marigny Opera House in New Orleans in April 2019 in front of friends and family, also including her 17-year-old daughter Owen Isabelle (from her first marriage). The following year, Branch openly shared that she had suffered a miscarriage.

Their marriage exploded last Wednesday night when Branch posted and then deleted an accusation that Carney had cheated with his manager while Branch was home with their baby. Soon after, on early Thursday morning, Branch was arrested and charged with misdemeanor domestic assault. Yahoo confirmed at the time that Branch was booked at 4:30 a.m. Thursday and released at 11:38 a.m. the same day. According to TMZ, police were called to the couple's home at 2 a.m. for a possible domestic disturbance. Branch reportedly told police she slapped her husband in the face "one or two times." He reportedly was not injured.

Branch, who is due in court on Nov. 7, announced their separation later that day.

"To say that I am totally devastated doesn't even come close to describing how I feel for myself and for my family," she told People magazine on Thursday. "The rug has been completely pulled from underneath me and now I must figure out how to move forward. With such small children, I ask for privacy and kindness."

Over the weekend, Branch thanked her fans for sticking by her. She shared a post about her album Spirit Room coming out 21 years earlier and next to an old photo of herself.

"Oh, the things I could tell this girl," she wrote in the caption. "I’m overwhelmed by the support."