More than 180,000 migrants crossed into the US border in May, a 20-year high and up slightly from last month.

The number of migrants arriving in the United States through its southern border with Mexico remained high during the month of May, despite sustained diplomatic efforts by the Biden administration to stem the surge.

According to statistics published by the US Customs and Border Protection (CBP), 180,034 people were apprehended along the US-Mexico border in May, up slightly from 178,622 the previous month.

The number of children travelling alone dropped, however, to 10,765 according to the figures, from 13,940 in April. The numbers showed a significant decrease from the all-time high figure of 18,951 in March.

In May, CBP encountered more than 180,000 persons attempting entry along the SW border. This total represents a 1% increase over April.

The statistics released on Wednesday were the highest in 20 years and come on the heels of Vice President Kamala Harris’s diplomatic trip to Guatemala and Mexico aimed at finding ways to reduce migration from Central America.

On Monday, she delivered a blunt message from Guatemala to those thinking of making the journey north saying: “Do not come, do not come.”

“If you come to our border you will be turned back,” Harris warned.

The administration of President Joe Biden, which took office in January has continued to expel the majority of migrants arriving at the US-Mexico border through the use of a health order that cites the pandemic, put in place by former President Donald Trump last year.

According to the statistics, CBP expelled 112,302 people under “Title 42” during the month of May. The Biden administration has exempt unaccompanied minors from Title 42 expulsions and has permitted them to claim asylum in the US. 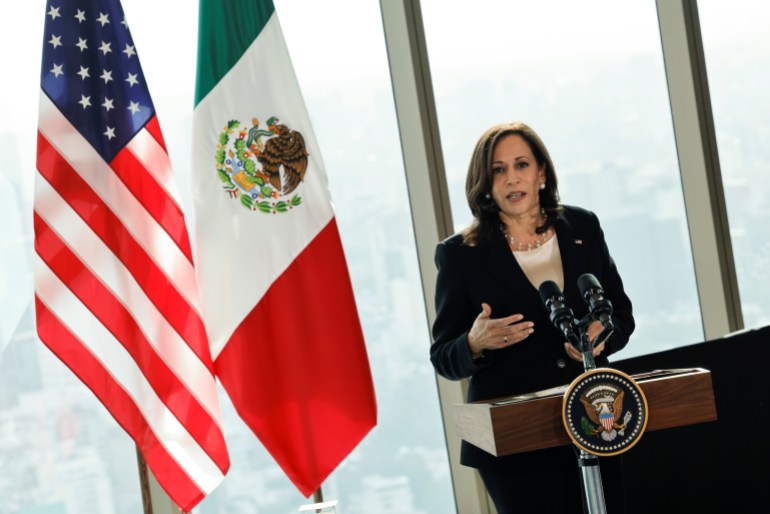 US Vice President Kamala Harris speaking at a news conference in Mexico City, Mexico [Carlos Barria/Reuters]Biden’s Republican rivals accuse him of causing a rush to the border by exempting minors from expulsions, and reversing Trump’s other anti-immigration policies.

Immigration advocates have blasted Biden’s continued use of Title 42 expulsions, arguing that it violates US refugee law and is not based on scientific facts.

The Biden administration has also sought to discourage migration from the Northern Triangle – Honduras, El Salvador and Honduras – where the bulk of migrants come from, by tackling the so-called “root causes” of their flight.

Biden administration officials say people are less likely to leave their country when they have work and educational opportunities, when cities are safe and citizens trust their governments.

Central American countries are among the poorest in the region and suffer from endemic poverty, rampant gang violence and chronic corruption.

In recent years, Guatemala, Honduras and El Salvador have also been slammed by record storms that left millions in need of aid.

So far, the US has pledged $4bn to boost development in Central America and $310m in humanitarian assistance. 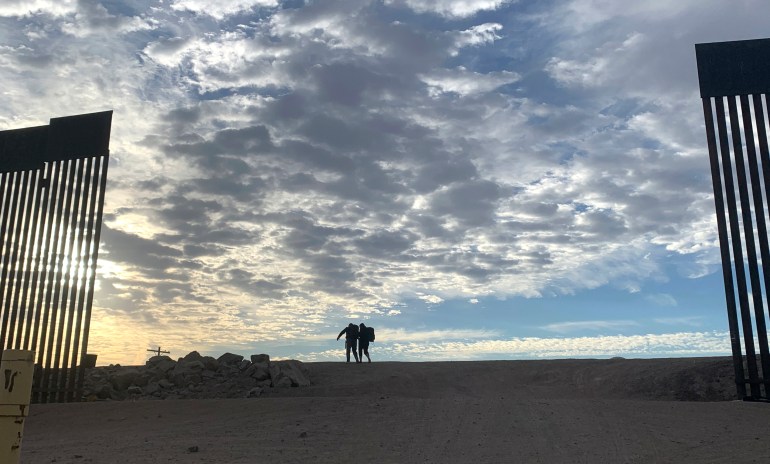 But experts say it could take months or even years for such projects to take effect. On Tuesday, Harris signed a memorandum of understanding with Mexico that includes a commitment to strengthening security and development cooperation aimed at reducing migration.