New York, New Jersey and Connecticut crossed a collective milestone Sunday, reached by only a couple of states, when the tri-state region tallied its one millionth positive coronavirus caseUpper Manhattan, Staten Island and parts of Long Island face new restrictions in the coming week based on current projections, Cuomo warned SundayNew Jersey has been facing steeper upticks than New York; Gov. Phil Murphy says the next months will be brutal, but he expects 130,000 doses of Pfizer's vaccine around Christmas if FDA approves use

Gov. Andrew Cuomo is expected to announce more restrictions in parts of New York City this week as COVID-19 patients began to overwhelm hospitals ahead of the holiday season, a period in which the governor and health officials anticipate another surge in the state's and country's rising infection rate.

New Jersey Gov. Phil Murphy said the same Monday, noting that for all the restrictions the state has put in place, people ultimately have to do the right thing themselves.

“There is only so much you can do, so we’re pleading with people keep Thanksgiving really small, immediate family, don’t travel and don’t let your guard down just because you’re at home," Murphy said in a "Good Morning America" interview. “We expect this to get worse before it gets better.”

But the public does not appear to be heeding their pleas. TSA data show more than 900,000 people flew each day from Thursday through Sunday last week, the highest four-day stretch of travel volume since mid-March. Sunday's 1.048 million travelers was the highest single-day figure since March 16.

Comparing the expected uptick in coronavirus cases following Thanksgiving gatherings to the average American gaining weight after the holidays, Cuomo warned Sunday "it's literally up to you" to control the spread of the virus by following public health guidelines that have been repeated over and over for the past nine months.

"So what if the rate goes up? So what?," Cuomo rhetorically asked Sunday at his coronavirus briefing. "The rate goes up; there are more restrictions to slow the economy -- that's bad for business. Rates go up, you overburden the hospital system, you overburden doctors, nurses, you can have possible equipment supplies. Numbers go up and people die. People die. Period."

Warning people to follow the rules and keep an eye on their community's infection rate is the best he can do, he added. His grim warning comes as New York, New Jersey and Connecticut collectively reached one million positive coronavirus cases, a milestone met only by California and Texas.

New York has been ramping its testing capacity since the start of the pandemic but there has been an obvious surge in interest to get tested over the past week. Whether it's concern over the spike in cases in and around the city or the upcoming holiday, people across New York City reported long lines at a number of COVID testing sites, with some experiencing wait times 3-4 hours long.

The area of the city that has been a particular concern for Cuomo is Staten Island, where large sections of the borough are already a yellow zone. The governor said those areas could turn orange and others red.

Gov. Andrew Cuomo breaks the state into 10 regions for testing purposes and tracks positivity rates to identify potential hotspots. Here's the latest tracking data by region and for the five boroughs. For the latest county-level results statewide, click here

"Over the last really two weeks we've seen a dramatic rise in the number of people that are requiring in-patient care in the hospital. This has forced us to create additional capacity for those patients and to make sure we can care for all our patients," Dr. Ardolic said.

Upper Manhattan as well as parts of Suffolk and Nassau County could join the list of communities designated a yellow zone, while parts of Syracuse and Rochester could go orange, Cuomo said.

Beyond the restrictions that could be coming this week, the governor warned of the dire reality that faces New Yorkers after the holidays.

Cuomo says he will continue to focus on his micro-cluster approach to targeting COVID hotspots within a given region. There have been some action taken on a statewide level, however. For over a week now, dining areas have been ordered to close by 10 p.m. in bars, restaurants and bowling alleys. Gyms must also close at 10 p.m. 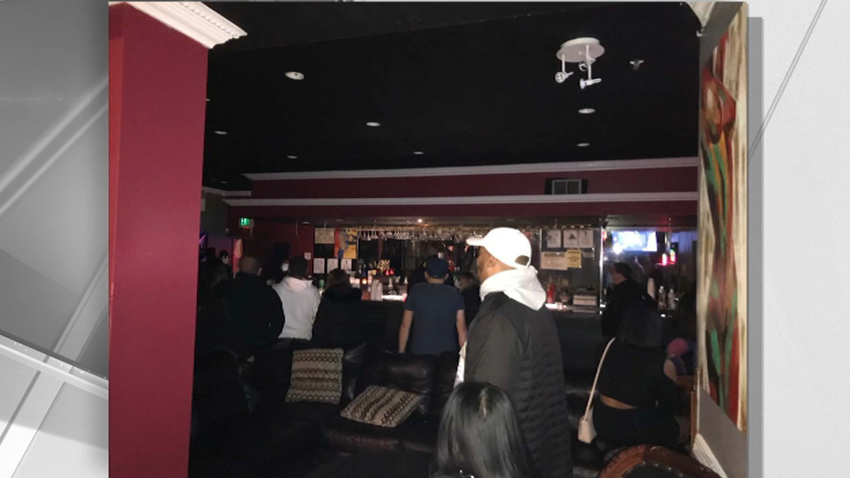 Small social gatherings at private homes are the third "great spreader" identified by contract tracing, Cuomo said. Those have since been capped at 10 people.

Potential consequences from those interactions during Thanksgiving will begin to show up between Dec. 1 to Dec. 10, the governor warned, and the collective impact of the holiday "period of hyper social activity" will surface after New Year's Eve.

In the latest discovery of illicit mass gathering where thousands of unmasked guests reportedly attended a secret wedding at a Brooklyn synagogue earlier this month, Cuomo blasted the action as "disrespectful." City officials say they're investigating.

Under orange zone rules, schools move all-remote, a moot point now for New York City public schools after Mayor Bill de Blasio ordered buildings to close due to the city's 3 percent rolling positivity rate but one that would affect private and charter schools. Schools will have the "test out" option, Cuomo reiterated Sunday, though he said a new formula would be needed for NYC given the sheer student volume. Expect that to be a key component of returning in-person learning at some point.

Mayor Bill de Blasio reiterated his belief Monday that New York City would become an orange zone by state standards in the coming weeks. The state's rules of an orange zone allow schools to reopen under extensive testing, he said. To ready that possibility, he pleaded with families to fill out test consent forms.

When, and if, schools in the city get the green light, the mayor said reopening will start with District 75 schools, then early childhood education, 3K and pre-K, before moving to the rest of schools.

"It's tough but we know that our parents who have their kids in school, want their kids back in school," de Blasio said Monday. "We've got to give parents this option again, but it'll take a lot of work. We're going to need a lot of parent participation. If you want your child in school, you really have to help us out with those consent forms."

When de Blasio announced last week that public school buildings would be closed at least through Thanksgiving weekend, some parents wondered why the schools were closing when restaurants were still open.

De Blasio said he was sympathetic to those complaints, but added: "Looking at the state’s own number system, we’re talking a week or two before we’re in that orange zone status.”

Cuomo first sowed the seeds of takeover Wednesday when he announced he would transition the entirety of New York City to a micro-cluster orange zone if the citywide seven-day rate hits 3 percent and stays at 3 percent for 10 straight days. State reporting of that metric differs from city data.

"I believe its confusing and unnecessary, but its also irrelevant," Cuomo said of local government's reporting different numbers from the state. As of Sunday, New York City held at 2.54 percent, by state data -- and has not yet hit the first of what will have to be 10 days of 3 percent or higher.

The state's positivity rate reached 2.74 percent as of Sunday. Hospitalizations across the state rose to 2,562, according to the governor.

The numbers are even more alarming across the river in New Jersey. The state's largest city of Newark told residents to prepare for a 10-day stay-at-home advisory starting Nov. 25.

“We are, from Wednesday before Thanksgiving to Dec. 4, going to lock the city down,” Newark Mayor Ras Baraka said in a radio appearance on WBGO 88.3 FM’s Newark Today Friday. “We want people to shelter in place. We only want folks to come out for essential purposes. Do not go outside if you don’t have to. Don’t mingle with other people if you don’t have to. Stay (with) your family in your immediate household.”

Baraka’s office didn’t respond to a request for more details Friday, and it wasn’t immediately clear how the city of 280,000 would enforce the new restrictions, particularly for the Thanksgiving holiday. A message was left with the Newark police department.

The virus positivity rate continues to rise steadily in the tri-state. New Jersey and Connecticut are above 3 percent, and New York is approaching that benchmark. Adam Harding reports.

Baraka recently instituted curfews in three areas of the city and other restrictions on restaurants and nonessential businesses in response to a steep increase in the number of coronavirus cases in the city.

Two weeks ago, Gov. Phil Murphy halted indoor dining between 10 p.m. and 5 a.m., and last week he lowered the limit on indoor gatherings from 25 people to 10 and urged people to stay home for Thanksgiving.

As the country’s uncontrolled spread led the Centers for Disease Control and Prevention to renew calls for Americans not to travel for Thanksgiving, the United States topped 12 million cases of COVID-19 over the weekend, according to a tally by NBC News.

In a bit of promising news, Dr. Moncef Slaoui, head of Operation Warp Speed, told CNN that the Pfizer and BioNTech vaccine could be approved and ready for immunizations as soon as Dec. 12.

Thus far, the U.S. has recorded more than 257,000 COVID-related deaths, according to NBC News. 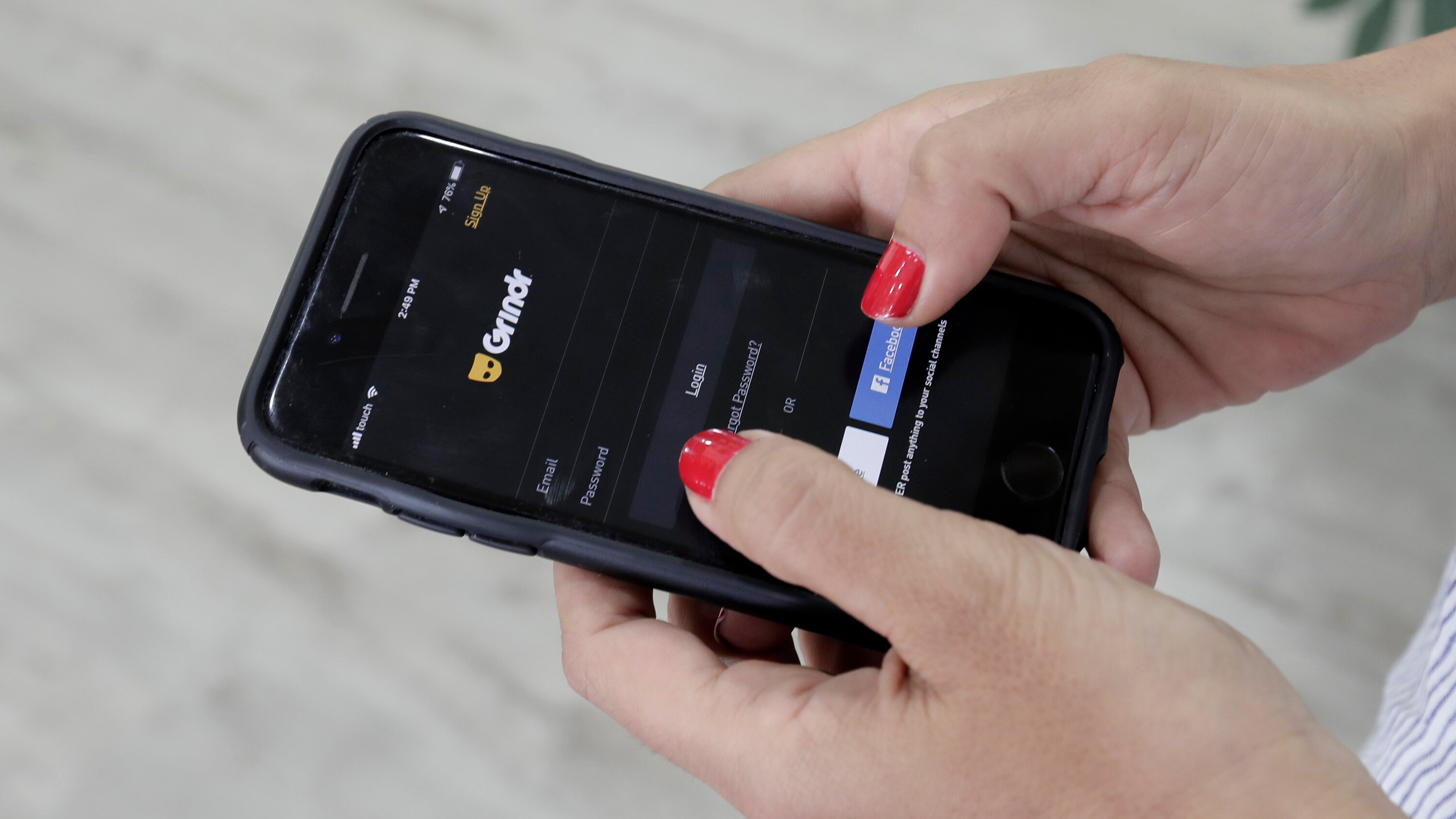 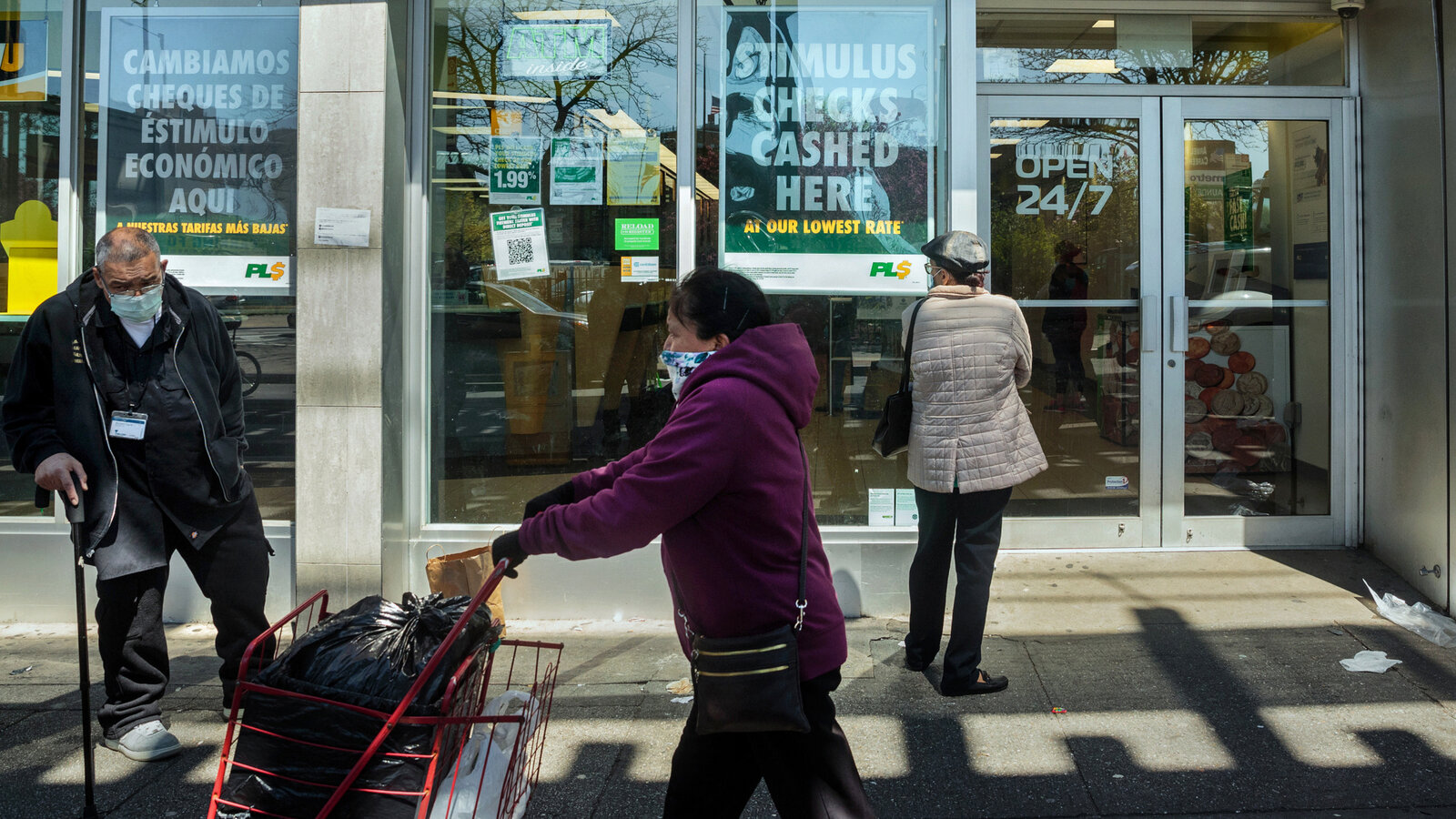 The case for and against sending Americans bigger stimulus checks. 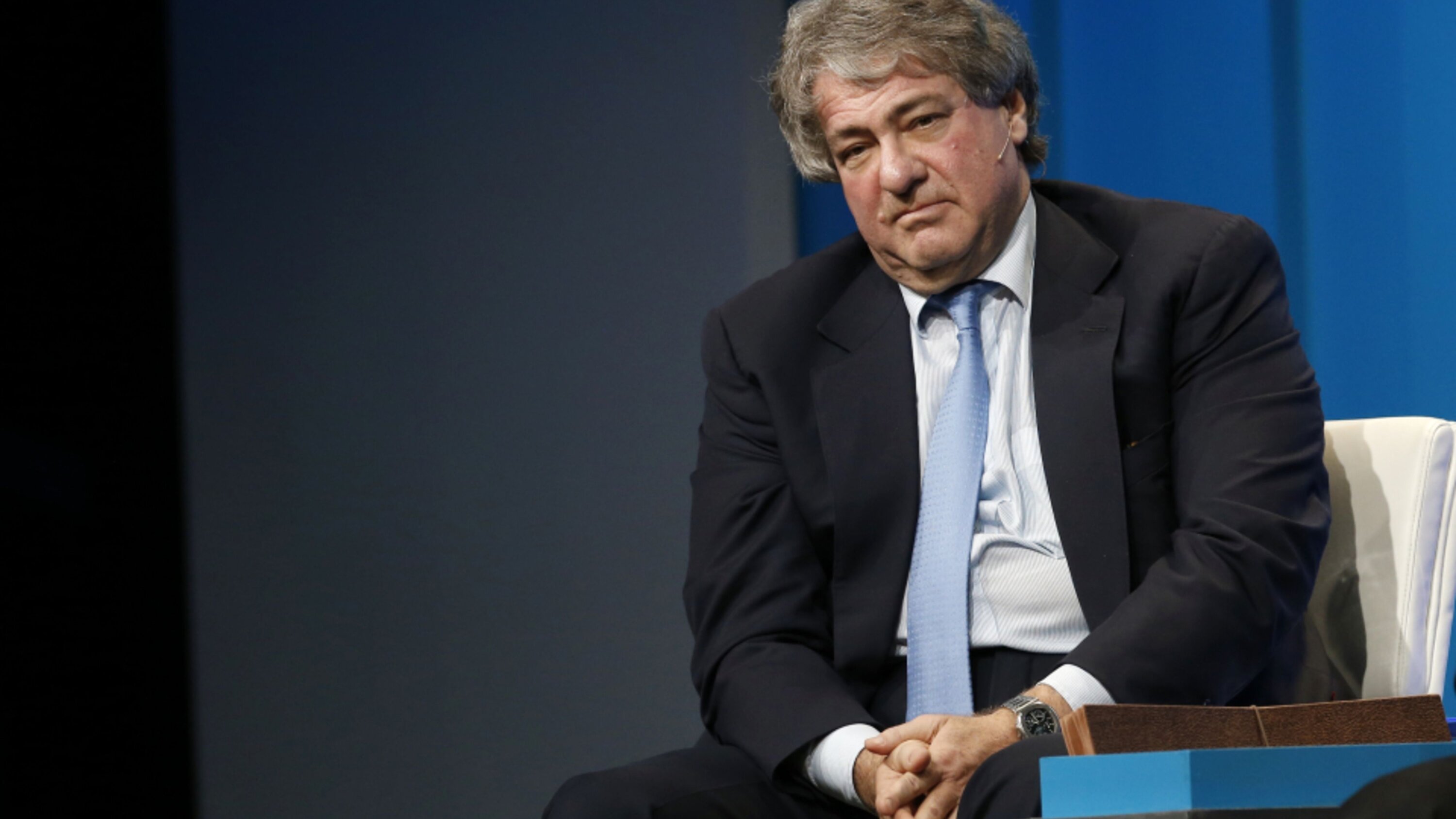 Leon Black to Step Down as Apollo's C.E.O. After Firm Finds More Payments to Jeffrey Epstein 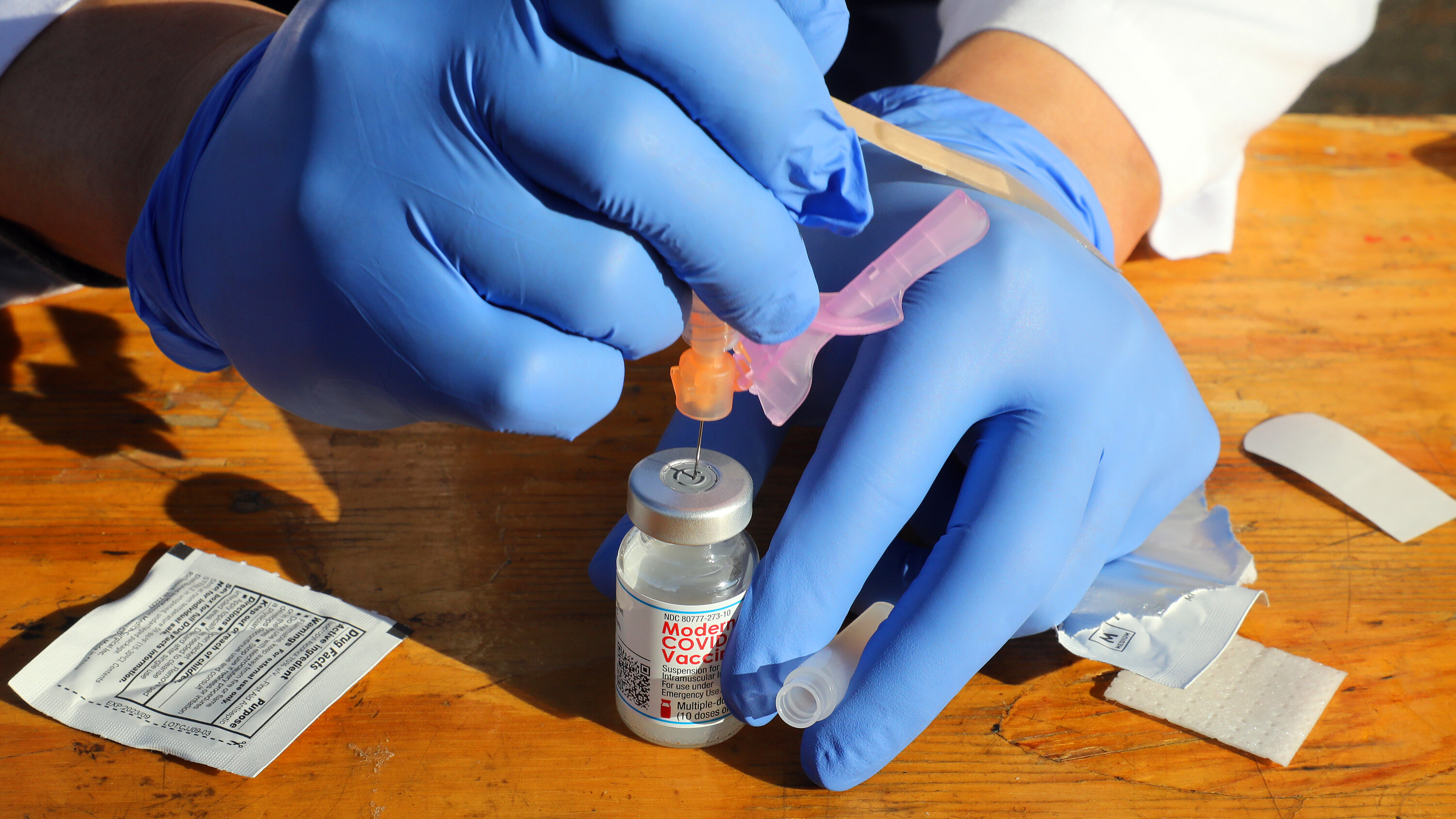 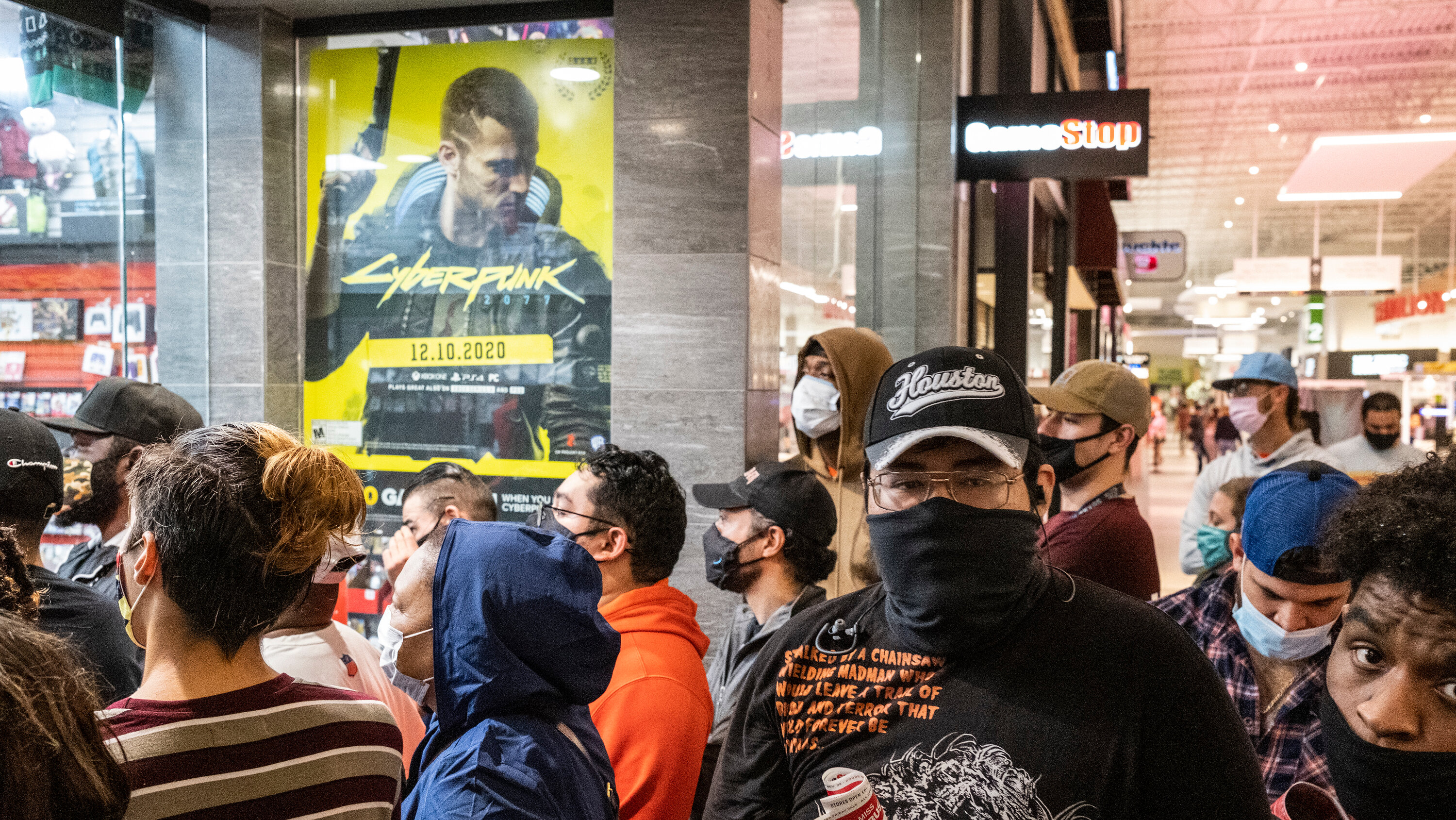 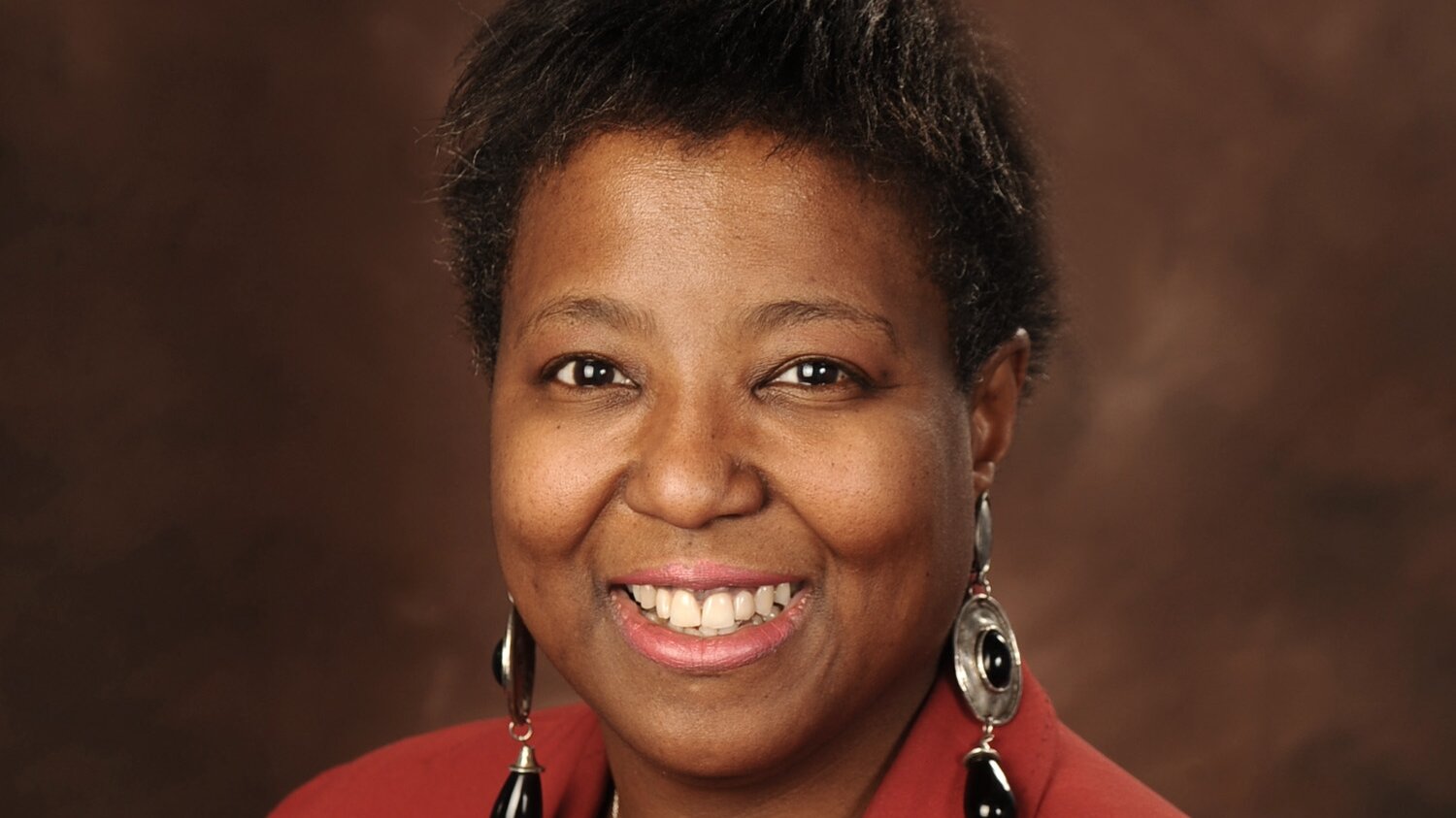