The killing of at least 65 protesters on March 14 in Yangon, Myanmar, was planned and premeditated, a rights watchdog has found.

“Soldiers and police armed with military assault rifles fired on trapped protesters and on those trying to assist the wounded, killing at least 65 protesters and bystanders” in Yangon’s working-class neighbourhood of Hlaing Tharyar, the New York-based organisation said.

Its findings were based on interviews with six witnesses and analyses of 13 videos and 31 photographs of the violence posted on social media.

Footage reviewed by HRW includes a TikTok video posted by a police officer in which security officials discuss the weapons they would use. One of them is heard saying: “I will show no mercy for these people.”

Following the army’s takeover, largely peaceful demonstrations nationwide were met with increasingly brutal suppression. The military-installed government has described the protesters as “rioters.”

‘I will never forget’

Before dawn on March 14, protesters headed to Yangon city’s main Hlaing River Road to stage a sit-in. Security forces arrived about 10am, forcing protesters to disperse into side streets.

Based on analysis of two videos and satellite imagery, HRW said security forces encircled or “kettled” the protesters between noon and 12:40pm.

One protester, identified as “Zaw Zaw” to protect their identity, said security forces started out with tear gas and rubber-coated bullets and then fired live rounds.

“From our side, we used slingshots and rocks, and some even threw Molotov cocktails back … Many people died in front of my eyes … I will never forget that day,” Zaw Zaw said.

Witnesses described situations in which they believed the security forces were aiming at and shooting demonstrators.

At least four people appeared to have been visibly injured as they tried to help others. One was limp and motionless as he was carried away and another was bleeding from his back on the pavement, HRW said.

Since the army’s takeover, at least 1,300 protesters and bystanders have been killed, according to a detailed tally kept by the Assistance Association for Political Prisoners (AAPP), a non-profit rights group which documents political repression.

HRW’s Myanmar researcher Manny Maung told The Associated Press news agency that violations are continuing. “Whatever happened even nine months ago is still important because we can and we will hold these people to account and we can prove that they did this with intent,” she said.

The organisation has urged the international community to “respond to ongoing human rights violations and crimes against humanity in Myanmar by supplementing, strengthening, and coordinating international sanctions against the junta leadership and military.”

No action is known to have been taken against members of the security forces and no government official immediately responded to requests for comment.

“It’s necessary to make sure that such figures are made aware that they can be tried and held to account at a later time,” Maung said.

Thousands of civilians have fled their homes due to attacks on pockets of resistance to the country’s military rule.

The country has plunged into chaos after Aung San Suu Kyi led the National League for Democracy or NLD to a landslide electoral victory in 2015 and went on to win re-election by an even larger margin in 2020, after having spent years under house arrest.

The military refused to recognise the most recent poll results, staging a coup on February 1 that has led to widespread protests. 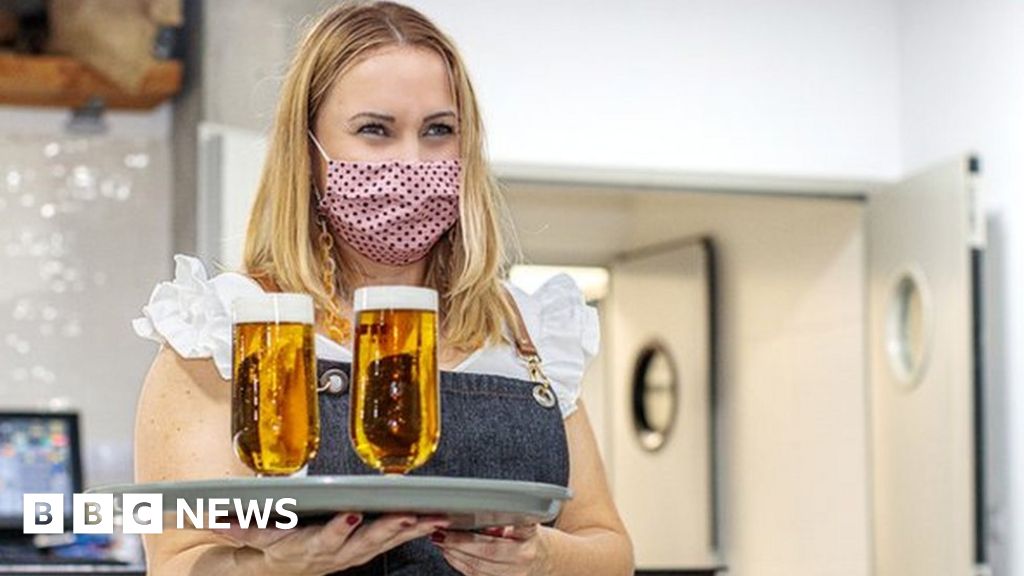