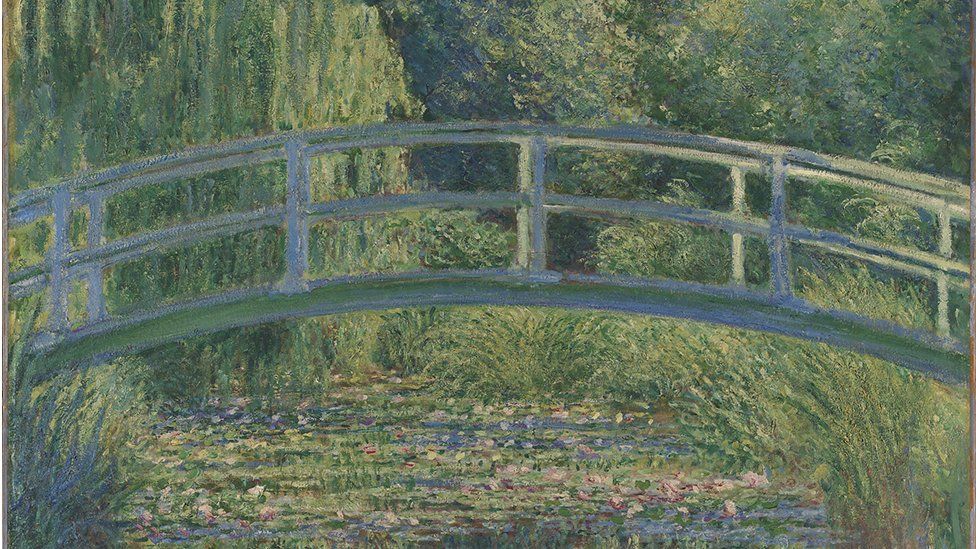 Monet's The Water-Lily Pond, 1899, will be among the 12 paintings to be loaned by the National Gallery

The National Gallery will send some of its finest masterpieces around the UK for its 200th anniversary.

Twelve famous artworks including Constable's The Hay Wain, Botticelli's Venus and Mars, and Renoir's The Umbrellas travel across the UK.

Simultaneous exhibitions will open on 10 May 2024 at 12 institutions, putting more than half of the population within an hour of one of the masterpieces.

Some of the paintings have never been loaned by the gallery before.

The £95m bicentenary plans also include a blockbuster Van Gogh show, the creation of a new digital gallery to make the collection accessible around the world, a UK road trip of art workshops and a refurbishment of the National Gallery site at London's Trafalgar Square.

There will also be a "surprise" announcement closer to the bicentenary relating to one of the National Gallery's most famous works, Van Gogh's Sunflowers.

The National Gallery says it has exciting plans for one of its most popular paintings, Van Gogh's Sunflowers (1888)

Culture Secretary Nadine Dorries said art is "for all of us to share, not just the privileged few".

"We've lost touch with that particular idea over the years, but it's something the National Gallery really understands and it's the central issue which guides me as culture secretary," she said. "I want everyone to have access to our world class art and culture, no matter who they are or where they came from."

The National Gallery was set up almost 200 years ago by Parliament to create a collection of paintings for the use of the public. But for much of the past two centuries, the only way that the public could see the art was in person in London.

The entire collection has been moved only once, to protect it from German bombs rather than to engage with a wider audience. In World War Two, the paintings were transported to temporary sites in Wales before all 2,000 pictures were hidden in a former quarry in Snowdonia for safe keeping.

The Manod Quarry in Blaenau Ffestiniog, Gwynedd, was almost impregnable to bombing. In a top secret venture, works by Turner, da Vinci, Van Dyck and other Old Masters were packed into airtight, climate-controlled brick huts in a huge cavern in the heart of the Manod mountain until the war ended.

Some of the National Gallery's works en route to Manod Quarry, in Blaenau Ffestiniog, Gwynedd in 1941

It was many decades, though, before a National Gallery masterpiece returned to Wales. While the institution did loan works increasingly to others, you were sometimes more likely to see one of the gallery's Rembrandts or Monets in a museum abroad than in a gallery in the UK, despite the fact that UK taxpayers fund and co-own the collection.

In recent decades, the gallery has stepped up its efforts to share its art more widely across the nation. After it bought a self-portrait by acclaimed 17th Century Italian artist Artemisia Gentileschi in 2018, the painting went on a tour of the UK, not to museums and galleries but to places where different kinds of people might actually see it.

The work spent time in a GP's surgery in Yorkshire, a girls' school in Newcastle, a library in Glasgow and even a women's prison in Surrey.

The 12 masterpieces that are part of the bicentenary plans will be sent to 12 museums and galleries across the four nations of the UK. Two of the works have never been loaned by the National Gallery before. Botticelli's Venus and Mars and the 14th Century Wilton Diptych, one of the greatest pictures ever produced in the UK, will be seen for the first time in National Gallery history outside London.

But with only 12 paintings out of a collection now totalling around 2,400 being lent for the NG200: National Treasures exhibitions, the gallery's plans could be accused of being small-scale in outlook.

Artemisia Gentileschi's Self Portrait as Saint Catherine of Alexandria will be on the road again, a sign she is viewed by the gallery as one of its most significant and popular artists.

Art institutions around the world have been trying to address the lack of female artists in their collections. The National Gallery, which holds work from the 1400s to the 1900s, has already been found to have a particular problem, according to a recent study by Cambridge's all-female Murray Edwards College. Only around 1% of the works in the collection are by female artists.

Dorothy Byrne, the president of Murray Edwards, said the "token woman" of the 12 artists on the list illustrates the issues revealed by her college's research. She said the other paintings depict women "as virgins, love goddesses and servants", adding: "This is an appalling representation of women to be sending round the country."

The National Gallery is a historical collection, dating from a time when women artists weren't recognised, although it does regularly showcase the work of contemporary female artists in its galleries. It points out that NG200: National Treasures is one part of a wider plan to get its art out to audiences in the UK and across the world for its anniversary.

Dr Gabriele Finaldi, director of the National Gallery, said it was "the most ambitious, national programme we have ever undertaken".

It is "all about reaching out right across the nation", he said, adding: "A significant amount of the activities are in regional locations and are mostly free. We also want to reach out globally and promote the UK."

The programme will open in May 2024. The 12 places that will host the 12 masterpieces will be announced in due course. 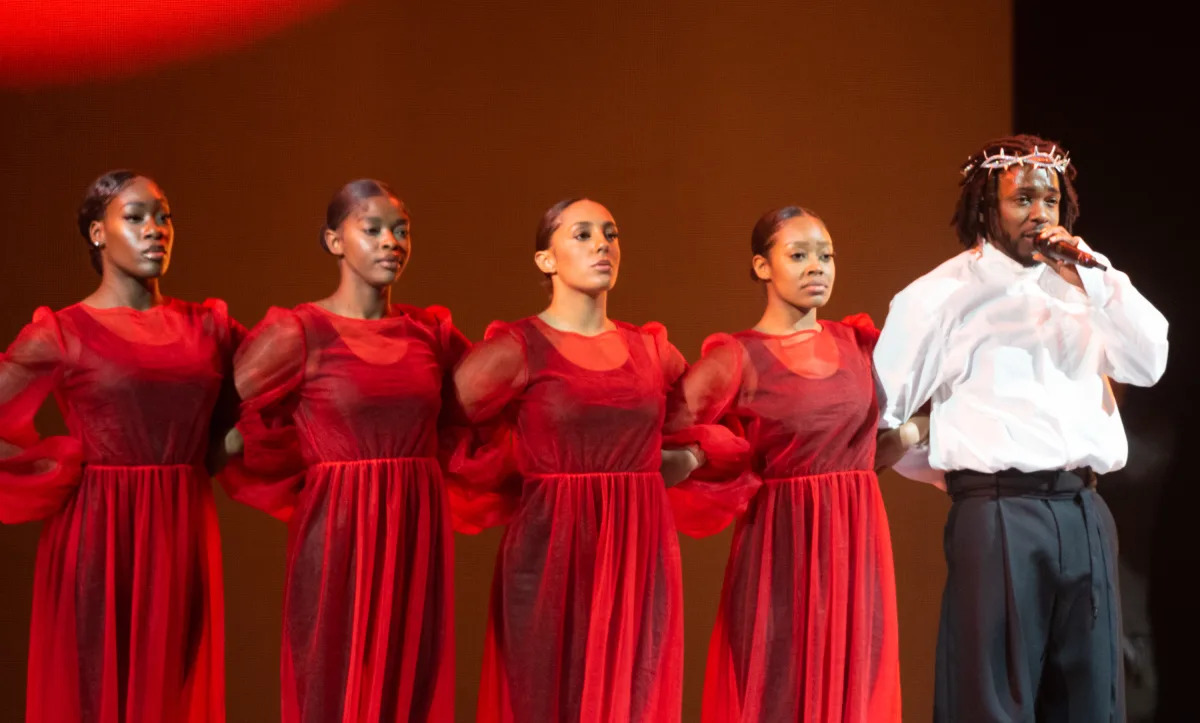 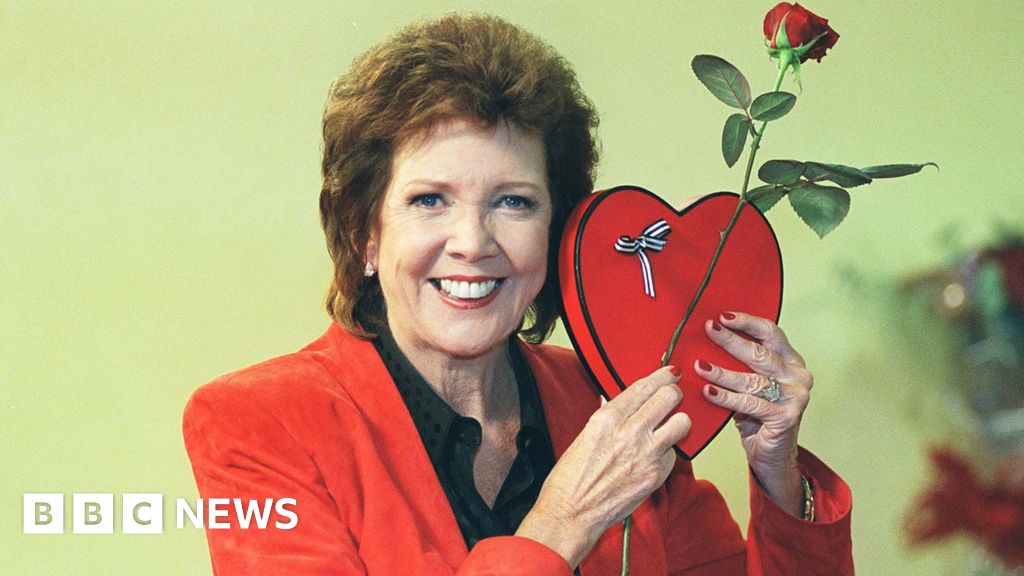 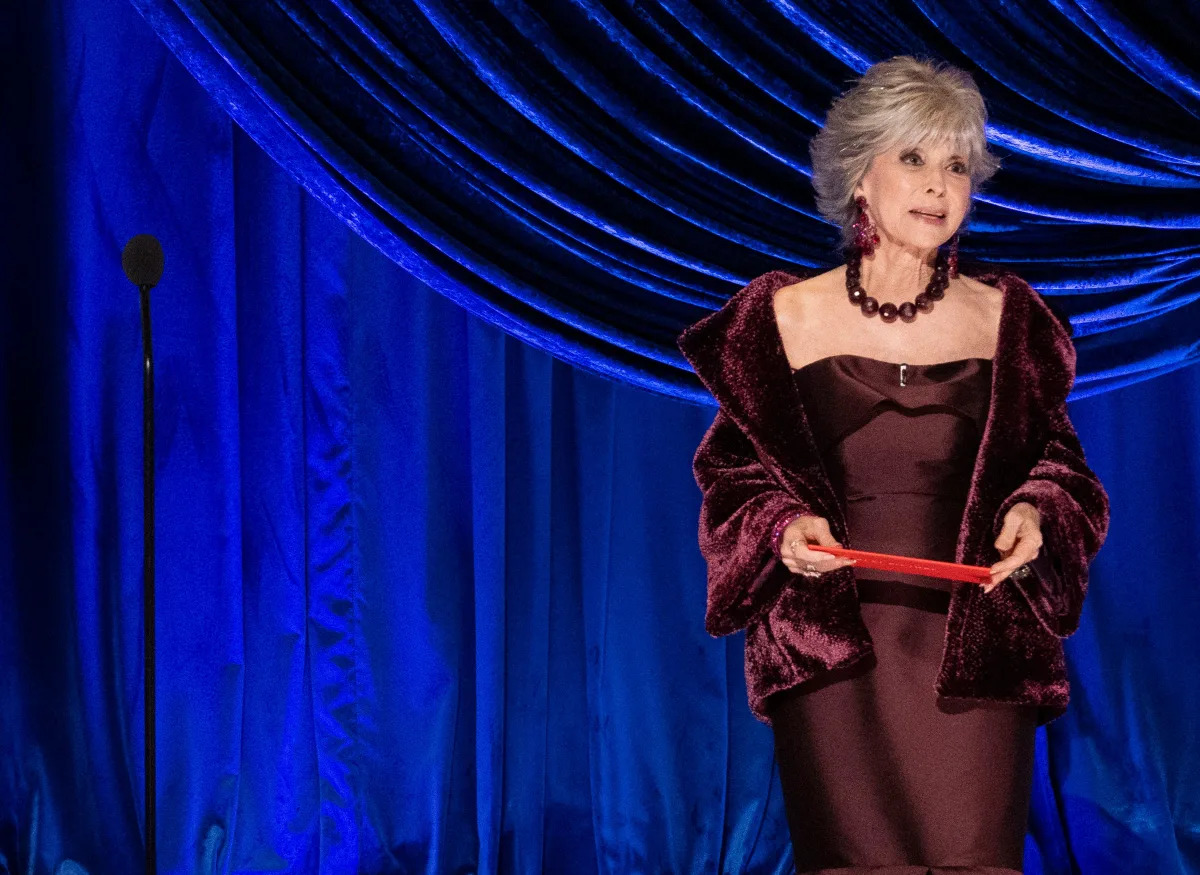 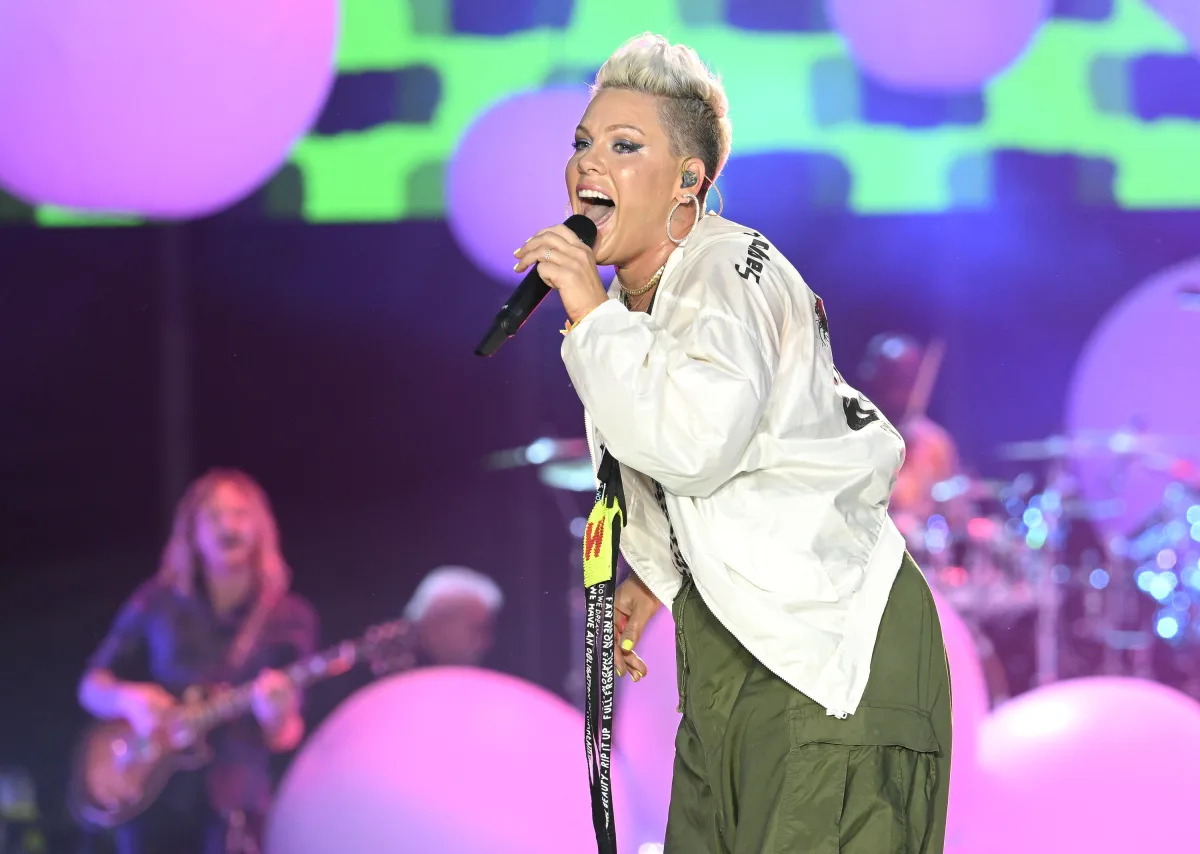 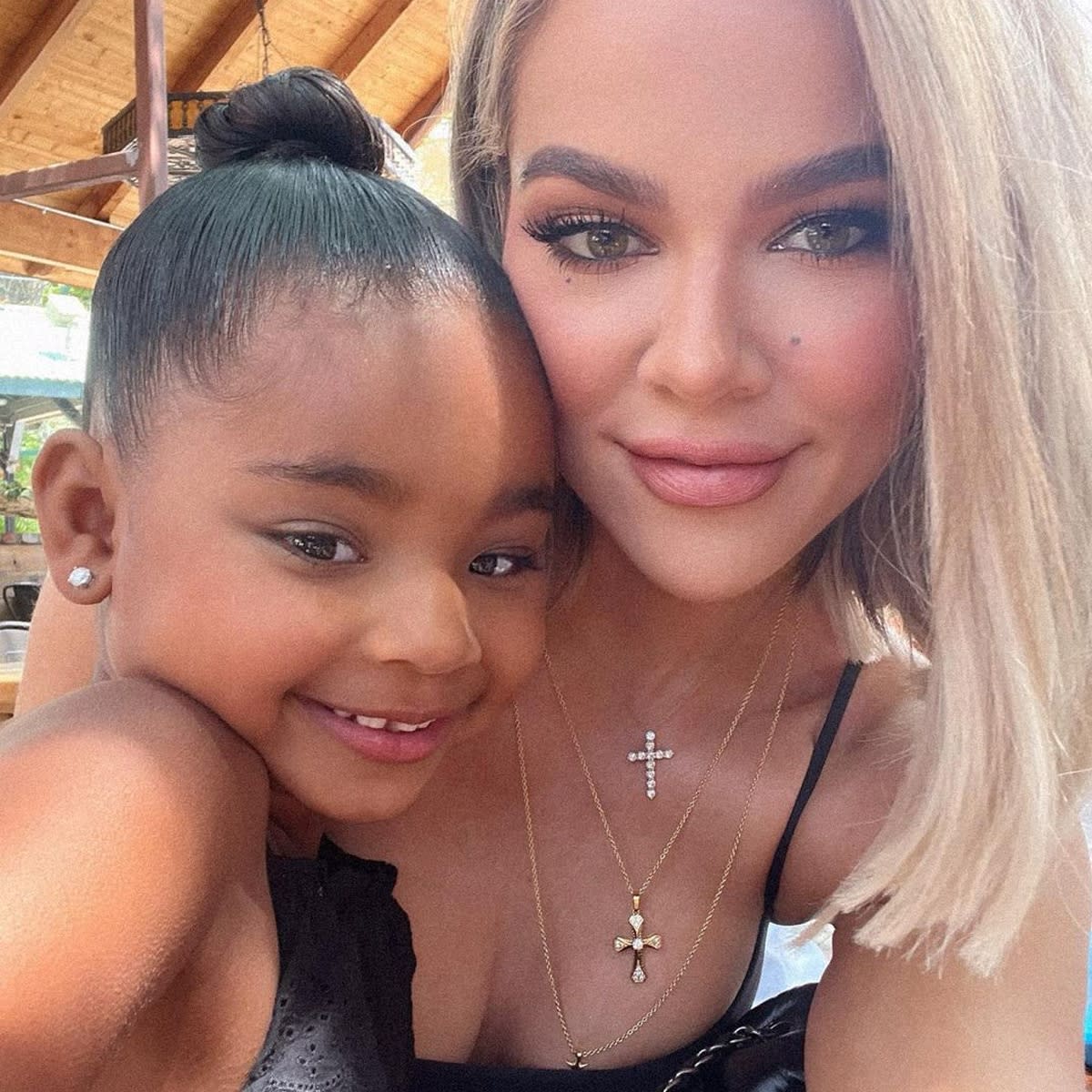 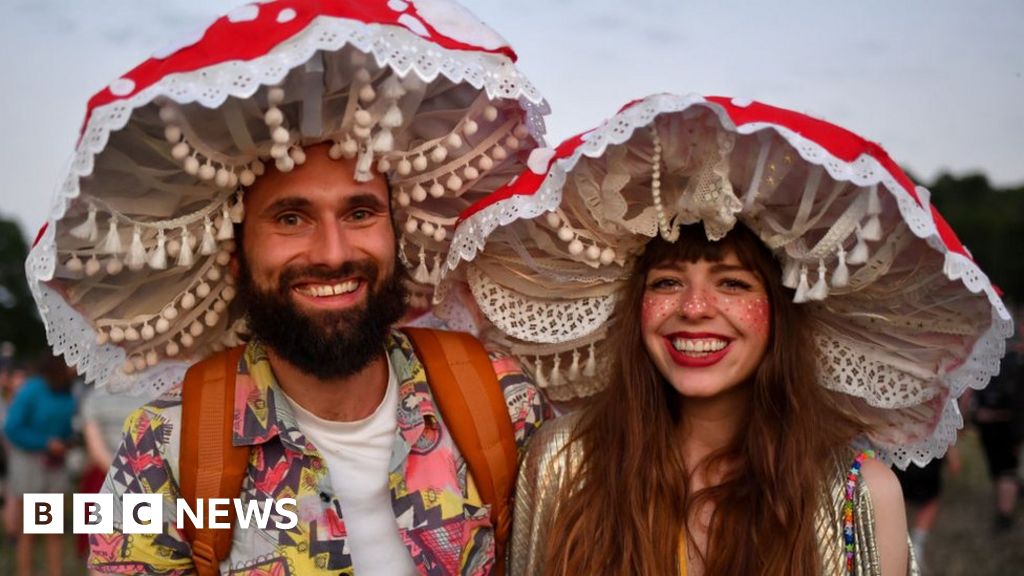