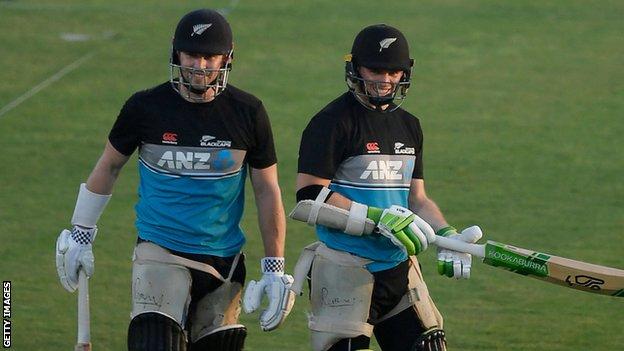 The Black Caps were due to play Pakistan in the first of three one-day internationals in Rawalpindi on Friday before moving to Lahore for a five-match Twenty20 series.

The decision to abandon the tour came after "an escalation in the New Zealand government threat levels for Pakistan".

England are due to play Pakistan in two T20 matches in Rawalpindi next month.

Those matches are scheduled for 13 and 14 October before the Men's T20 World Cup in Abu Dhabi, Dubai, Sharjah and Al Amarat.

New Zealand Cricket (NZC) has said it will not comment on the details of the security threat with plans being put in place for the team to return home.

"I understand this will be a blow for the PCB (Pakistan Cricket Board), who have been wonderful hosts, but player safety is paramount and we believe this is the only responsible option," said NZC chief executive David White.

In December 2019, Pakistan played a Test at home for the first time since the Sri Lanka team bus was attacked in 2009.

In 2015, they hosted Zimbabwe, playing three one-day internationals and two Twenty20 internationals, in a series that was overshadowed by a suicide bombing outside the Lahore stadium.