Opinion – As a NATO Member Finland Will Be a Security Provider 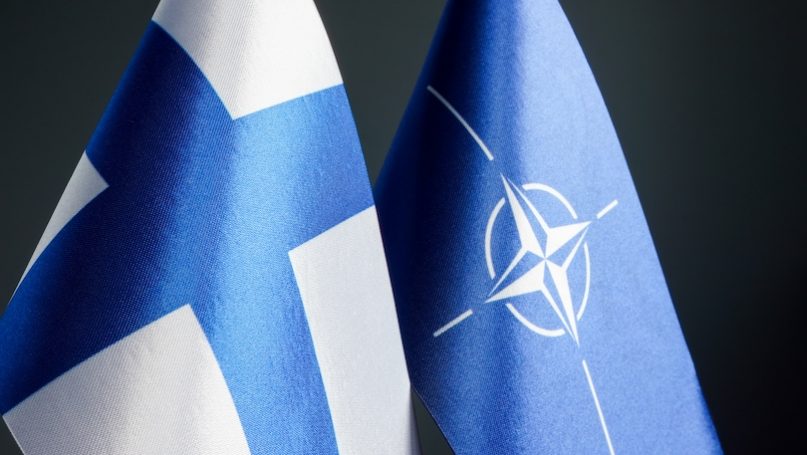 Russia’s long-standing foreign policy based on military power and its declared goal of a security structure based on a division into spheres of interest in Europe took on a new dimension when it launched a war of aggression against Ukraine in February 2022. The war has evidenced a lowering of the threshold for using military force and an unrestrained readiness of the authoritarian system to use such force. Russia has also repeatedly threatened to use nuclear weapons in order to secure its freedom of action in conventional warfare without the direct involvement of third parties in the conflict. It appears to be explicitly intent on using long-range weapons such as missiles and artillery to destroy civilian targets in Ukraine. Such action shows complete indifference to the standards of international law, which fundamentally seek to protect civilians in war. There is already convincing evidence of large-scale and serious war crimes committed by Russian troops in Ukraine.

Russia’s unpredictability poses a serious threat to regional stability, and to international peace and security. The Putin regime seems to be taking strategic decisions on the basis of incorrect information, and is prepared to make almost incomprehensible human and financial sacrifices. It does not seem to be in the interests of Russia to seek common solutions with the West in order to stabilise the security policy situation in Europe. The war in Ukraine has given rise to a sharper and longer-term confrontation between Russia and the West, and a tension that is not expected to ease in the immediate future as Russia continues to think in terms of spheres of interest. If the hawkish representatives of the strongmen departments (siloviki) tighten their grip in Russia, then the country may even regress into a police state or military dictatorship. These and other reasons give cause to suggest that the geopolitical tension could escalate into open war between Russia and the West with potential use of nuclear weapons.

The emerging situation has required top-level government measures to reinforce Finland’s security. On 13 April 2022, the Government issued a report on current developments to Parliament on the revised security and operating environment of Finland arising from Russia’s attack on Ukraine, and on ways of reinforcing Finland’s military security. This report also assessed the prospects for closer cooperation with North Atlantic Treaty Organisation (NATO) and the impact of possible NATO membership. The Government issued a new report to Parliament on 15 May, supplementing the previous report. This supplementary report includes a proposal for the President of the Republic to decide after consulting Parliament that Finland will seek membership of the NATO.

The Foreign Affairs Committee of Parliament considered these Government reports jointly, issuing a single combined response to them on 17 May. The Committee concluded that Finland should seek NATO membership with full rights and obligations. At a plenary session on the same day, Parliament approved the Foreign Affairs Committee proposal by 188 votes in favour to 8 against. Three MPs were absent, and there were no abstentions. The vote rejected a counter-proposal to the Committee report whereby Finland would have remained militarily non-aligned.

The President of the Republic approved a motion to take action arising from the position adopted by Parliament. The President decided that Finland will notify NATO of its interest to engage in talks on accession to the North Atlantic Treaty and will appoint a delegation for such discussions with NATO and its Member States. The President authorized the Ministry for Foreign Affairs to appoint the necessary specialists to this delegation considering that the accession talks cover political, legal, resource, information security, and defence and military issues.

The Finnish Ambassador to NATO submitted a written notification to the Secretary General of NATO on 18 May. Although Finland was due to commence accession negotiations with NATO and its Member States on 19 May, this did not happen, because NATO decisions are based on unanimity and Türkiye was obstructing the issue of Finnish and Swedish accession on the North Atlantic Council. However, on 28 June, one day before the beginning of the NATO Summit in Madrid, the foreign ministers of Türkiye, Finland, and Sweden signed a trilateral memorandum of understanding which confirmed that Türkiye will support the invitation of Finland and Sweden to become members of NATO. Heads of State and Government participating the Madrid Summit issued right after a declaration where they decided to invite Finland and Sweden to accession talks. The decision was expected given that NATO pursues an open-door policy under Article 10 of the North Atlantic Treaty, which provides that membership of NATO is open to any European State in a position to further the principles of Treaty and to contribute to the security of the North Atlantic area. Finland clearly satisfies these requirements, as well as the defence policy, economic and military membership criteria of NATO.

The NATO Member States signed the Accession Protocols concerning Finland’s and Sweden’s membership in the Alliance on 5 July, making Finland and Sweden invitees of NATO. Invitee status means that Finland may attend and address NATO meetings but is not entitled to vote. Next each NATO Member State must address and approve Finland’s Accession Protocol according to their own national procedures for ratification. The ratification stage is expected to take months. Along the forthcoming membership Finland will be part of the NATO’s Article 5 collective defence which is based on an integrated military command structure, a joint defence planning process and exercises. These arrangements will ensure that NATO is able to defend its Allies should the need arise.

The aim of the NATO Defence Planning Process (NDPP) is to provide grounds and a framework within which Allies can harmonize their national defence plans with those of NATO. NDPP is a process that consists of both sequential steps and continuing activity. NDPP is structured into five steps: 1) Establishment of political guidance, commonly referred to as NATO’s Level of Ambition, 2) Determination of requirements, 3) Target setting and apportionment based on fair burden-sharing and reasonable challenge, 4) Support of implementation – the only step or function of continuous nature –, and 5) review of results and feedback for the next cycle of the defence planning process. The last step is carried out twice within each four-year cycle. The Defence Policy and Planning Committee (DPPC) is the central body that oversees the work of the NATO bodies and committees responsible for the defence planning domains on behalf of the North Atlantic Council.

The Finnish Defence Planning Process starts with the preparation of a strategic concept in the Ministry of Defence. The result of this phase is a target state of defence system – a basic idea on how to defend Finland. The next step after the determination of target state is to create the Finnish Defence Forces’ (FDF) development plan. This product provides grounds for developing FDF’s capabilities and for its operative planning. Review of results and feedback is the last step of the process. From the outset, the full cycle lasts four years. This is because the strategic planning is guided by the Government reports on foreign and security policy and defence policy. These reports are usually published every fourth year. The Defence Policy Department of the Ministry of Defence and Plans and Policy Division of the Defence Command are the pivotal bodies responsible for the Finnish Defence planning.

As a NATO member Finland will participate the planning of collective defence pursuant to Article 5 of the Alliance’s founding treaty. This requires Finland to integrate the contents and schedules of its defence planning with NATO’s planning system (see Figure 1). Many questions arise from the near future harmonization of defence planning activities, such as what Finland’s security policy role within NATO should be. The Foreign Affairs Committee of Parliament finds that Nordic cooperation must be an important element of Finland’s role in NATO. Another key element could be Finland’s contribution to NATO’s Air Policing mission over the Baltic Sea region with the aim to bring additional deterrence and defence capabilities to the Northeastern flank of the allied airspace.

Dr. Mikael Lohse works as a Ministerial Adviser at the National Security Unit, Ministry of the Interior of Finland. He has previously held various positions in the justice and security sectors, and served in two crisis management missions (ISAF and EUPOL COPPS). His research interests include security studies and national security law.