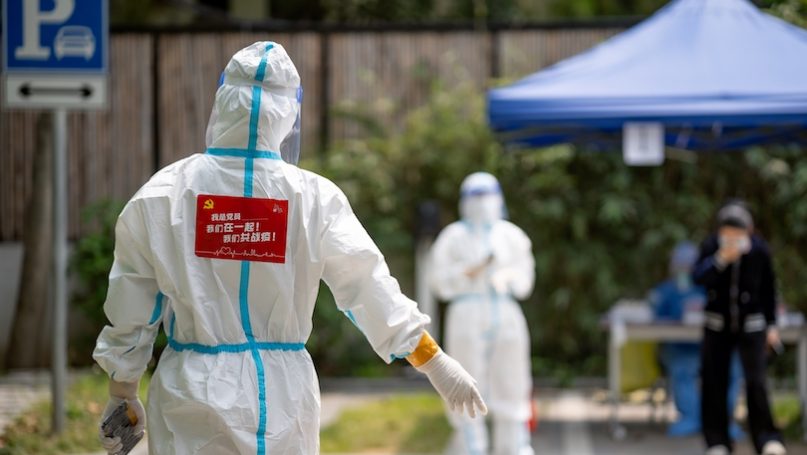 Chinese leaders navigated through the century of humiliation (1839-1949), characterized by the Opium Wars, the unequal treaties – including ceding Hong Kong to Britain, the establishment of the most-favored-nation treatment, treaty of extraterritoriality – and the Chinese Civil War (1946-49) until a unification by Mao Zedong’s Communist forces in 1949. The purpose of this piece is to put forth an idea that Xi Jinping’s handling of COVID-19 resonates with Chinese history. Specifically, Chairman Mao’s Hundred Flowers and The Great Leap Forward.

The first decade after unification was characterized by Mao’s attempt to turn the country into a major global power. Thus, the Communist Party reached several consensuses. Importantly, they agreed that land reforms were essential to maintain the rural and the peasants’ support but would attack the business community to undermine the potential sources of opposition. However, differences erupted regarding the pace of social reorganization and the value of the country’s intellectual community. While Mao preferred accelerated continuous revolution and controlling the intellectuals, others warned against rushed advances. In a shrewd move, Mao launched the Hundred Flowers in 1957. The program invited debates and criticism of the Party’s rule from the public, especially the intellectual community – and they did, including calls for democracy, criticism against abuses, corruption, and policy direction. Nevertheless, it was an ostensible move to trick people believed to be enemies of the regime to identify themselves, clearing Mao’s path of his critics.

In 1958, Mao launched his vision to achieve accelerated progress in agricultural and industrial development with the Great Leap Forward program. It involved the abolition of private lands for the creation of agricultural communes and the diversion of resources into steel production. The objective of the program was simply outside the realm of reality but the Chinese people dared not complain because the price for dissent was massively terrifying. Although local officials could not meet monthly goals, they faked inflated output figures for Beijing to avoid punishment. Believing the figures, Beijing continuously exported huge grains to the Soviet Union, exchanging them for heavy industry and weaponry. Food production fell and the steels produced were also of poor quality. Between 1959 and 1962, China was hit with one of the worst famines, killing at least 20 million people.

Mao’s failed policies increased tensions in the Party as others were eager to take power. To rid his immediate environment of opponents, Mao launched the Cultural Revolution (1966-76) led by the youth, plunging the country into an abyss. The Revolution purged the country’s institutions, local governments, the Party’s hierarchy, intellectuals, soldiers, and remnants of capitalist forces with violence and public humiliation. Mao sent most of them to the villages away from the capital. Education stopped and the youth wandered the country purging with Mao’s support.

The spread of COVID-19 in China began to decline around March 2020, and by April, lockdown measures gradually relaxed. Opinions of China’s COVID-19 measures have always been divided. While it has received criticisms from outside and within China, others have hailed the strategies. One study shows that the Chinese people are largely satisfied with their government’s response. Another field study of rural residents revealed that although COVID-19 prevention methods were radical and disproportionate to the risk level, the residents largely accepted them. However, these studies were conducted during the periods when we had little information about the virus, and lockdowns, quarantine and contact tracing were the only global strategies. Moreover, we cannot deny the likelihood that either the respondents thought about being identified and punished or the authors feared reporting anything unfavourable in the government’s eye.

Today, borders are still closed and international students and expatriates are thrown into uncertainty. Only one case of COVID-19 can seal off an entire community and increase travelling restrictions. Thus, the strategy leads to opportunistic repression, significantly invading people’s privacy. While there are glimpses of discontent among people nationwide, they were highly noticeable in Shanghai recently, amidst the separation of families, children from parents, and shortages of food and medical resources. Analysts believe that China has cornered itself into an unsustainable strategy and the WHO advises the country to rethink its strategy because the virus and conditions have evolved.

However, many analysts believe that Beijing is not likely to deviate from the policy. Zero-COVID implementation is not direct top-down coercion, but rather, signifies the nuances of bottom-up politics tied with fear of punishment. With the Mao era still in people’s minds, local government officials, cadres and workers implementing the zero-COVID strategy are scared of punishment if they show any sign of disagreement with it. Similar to the Great Leap Forward, Beijing often receives only the reports it wants to see because local officials may report favourable responses to their superiors, that further get sweetened for the top bosses, aiming to avoid punishment and score higher marks for promotion. A Chinese health official notes that “COVID-19 has become a highly politicised disease in China, and any voice advocating for the deviation from the current zero-COVID path will be punished.” The fear of punishment is now official and profound following President Xi’s warning against anyone or “any words and acts that distort, doubt or deny [the] country’s epidemic prevention policies.” However, the rigidity levels of the policy implementation are not uniform. It depends on the local government’s level of fear. Thus, we see more restrictive policies in some areas than others.

The essence of Mao’s Hundred Flowers and the Great Leap Forward was to establish political authority. In the mid-1960s, Mao was aware that his policies meant to transform the country into an instant paradise had devastated the country and his influence was ebbing. The response – the Cultural Revolution – was also a political move to seal his legacy as the face of Chinese Communism. Similarly, Xi’s zero-COVID policy is of political essence. He tacitly accepts that his government’s initial handling of COVID-19 devastated the country. At the same time, he hopes to be the face of modern Chinese power and prosperity with his Chinese Dream – rejuvenation of the Chinese nation and prosperity and happiness for all the Chinese people. Also, he believes his name will be recorded with the same status as Mao if he can unify China and Taiwan or win the global leadership competition. Thus, he is betting on the success of the zero-COVID policy to demonstrate his regime’s delivery of good governance as a political capital or a form of campaign message to the people as he seeks a third-term reappointment.

There are glimpses that some big names oppose the zero-COVID policy and the country’s economic direction. Thus, the Party has barred retired officials from discussing politics and every official pledges loyalty to Xi’s leadership. One notable opposition is Li Keqiang who continuously warns that China’s job market will suffer severely if the country continues to pursue zero-COVID. However things turn out within the Chinese political system, we must be careful what we wish for. Unlike in Mao’s era, domestic problems in China that affect its economic and political strength are likely to also affect the world in greater measure.

Thomas Ameyaw-Brobbey is affiliated with the Faculty of Business and Law, Manchester Metropolitan University, UK.